So much plywood to report on today, friends. Hang on tight. 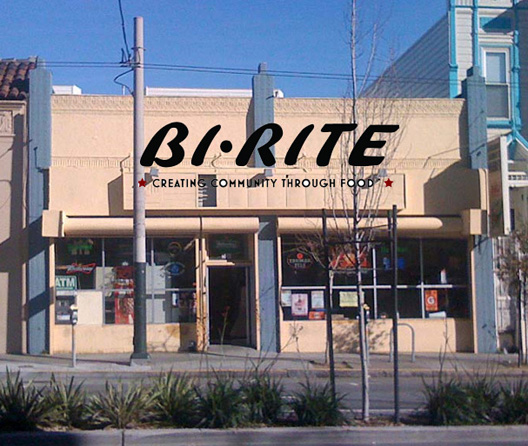 NOPA - A liquor license was just issued for the future Divisadero location of Bi-Rite Market, right next to Nopa restaurant. This one will be a little bigger than the Mission location; and it looks like a September opening is still within reach. [EaterWire]

NORTH BEACH - Highly anticipated Broadway Spanish joint Txoko announced an opening date of May 31. Finishing touches are now being put on the space by Urban Chalet. "We hope Txoko will be a regular San Francisco hang out for many,” says chef-owner Ian Begg. [EaterWire] 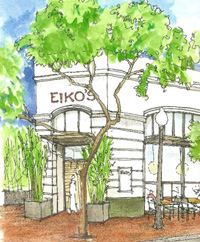 NAPA - This new restaurant called Eiko's (rendered at right) should soon be bringing "alcoholic bento boxes" and Japanese fare to the former Piccolino's spot in downtown Napa. Look at them apples. [The Cork Board]

SOMA - Dearly departed Jollibee will be replaced by Oasis Cafe, serving wraps kebabs and other Mediterranean fare, starting Monday. It's no American-style Filipino fast food joint, but we won't pooh-pooh them this early on. [LiveSoma]

RUSSIAN HILL - Non-Shocker: Tajine's stint on Van Ness didn't work out; but now the popular Moroccan spot is returning to its Polk Street roots. The new Tajine should open near the intersection of Clay any day now. [ISSF]

SOMA - Pho mecca Turtle Tower is planning to open another location at 6th and Bryant by June 1. [LiveSoma]

BERKELEY - The now-closed Larry Blake's Restaurant and Bar at 2367 Telegraph Ave. will be replaced by Pappy’s Grill and Sports Bar by mid-August. [Daily Cal]

BERNAL HEIGHTS - La Cocina-born piroshki and soup startup Anda Piroshki will be opening at 331 Cortland on May 25. [SFoodie]

INNER RICHMOND - Thai Noodle Jump (560 Balboa) will be replaced by Kaminari. The owner is Keita Furukawa; it's all sounding very Japanese. [GrubStreet, EaterWire]