Maza in North Beach, Ox Cafe in the Mission, Much More

Share All sharing options for: Maza in North Beach, Ox Cafe in the Mission, Much More

We were graced with the openings of Southern Pacific Smokehouse and Ki this week, but lots of other new spots have snuck onto the radar of late. Let's take a look. 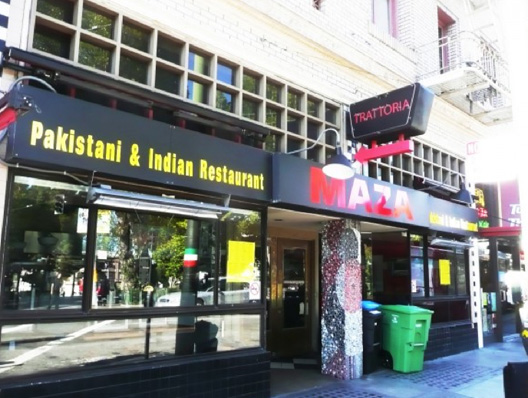 NORTH BEACH - The Naan-n-Curry folks opened Maza in the old Pasta Pomodoro space on Union Street earlier this week. Sounds as if it's a lot like Naan-n-Curry, but with specials. [ISSF]

THE MISSION - A family from southern Mexico has opened a new little thing called Ox Cafe at 798 South Van Ness. Tablehopper's intern says to look out for the cochinita pibil torta and a mocha laced with chocolate and chile. [Tablehopper]

WINE COUNTRY - Josh Silvers' revamp of Syrah as Petite Syrah is already done. As per Signore Lucchesi over at the Chron, it now fits the more noncommital desires of the dining public with lower prices, salvaged wood interior touches (for the tree hugger in all of us) and a more casual feel overall. [ISSF]

PALO ALTO - One-time Bauer Top 100 Indian restaurant Mantra has just completed a revamp. They now offer a more casual "modernized" Indian menu, with smaller plates from former Junoon chef Shachi Mehra. They've lowered prices, added a happy hour and redone the interior to make it cooler. Now it has a lounge. Maybe Bauer will truck it out there for a revisit. [EaterWire]

BURLINGAME - The owners of downtown Burlingame's Vinyl Room have opened Barrelhouse, a nice bar with food made by Straights next door. Behind the interior design is Lauren Geremia, the same woman helping with Churchill in the Castro, and Michael Laurence Design. The classic cocktail program includes barrel-aged sangria. Here's a look at the bar bites menu, still in the works. [EaterWire]

We so want to hear what you think of these newcomers. Drop opinions in the comments or send them here.