In April, Super Duper came out with plans for its Financial District branch on Market Street. Then there was the the somewhat alarming news that Mayor Ed Lee was dubbing April 28th city-wide Super Duper Day. Now, straight from Zack | de Vito architecture, we get this rendering of the soon-to-open new branch, which will be three times the size of the one-year-old Castro location, with a mezzanine on top of it all. See there's going to be a good amount of sidewalk seating as well. Looks like lots of happy couples will be eating burgers here. Or at least staring longingly at Super Duper's grand new facade. This guy is planned to open up next Thursday, June 9. Expect some inventive/possibly risque marketing tactics to come from Super Duper's PR team of record, Rivera. 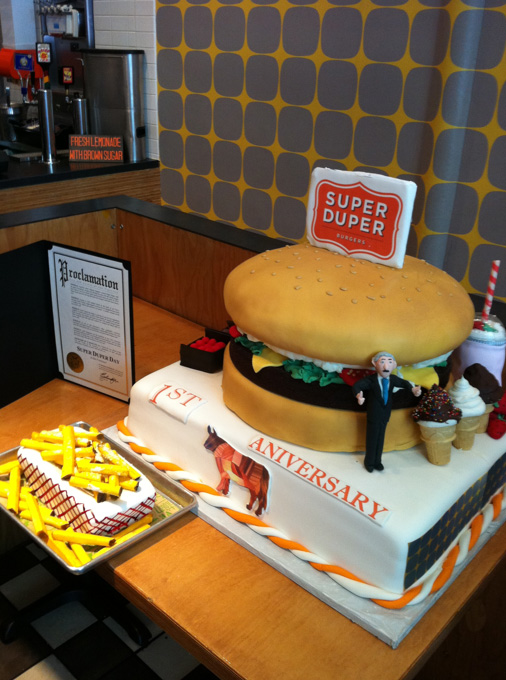