Share All sharing options for: Mohave Southwestern Resto Guns For the Mission, MORE

Two notable change of use permits are up for consideration by the Planning Commission on Thursday. Here's a little breakdown. Expect updates later in the week. 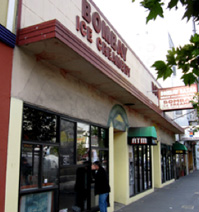 1) As mentioned yesterday by Signore Lucchessi, the Woodhouse Fish Co. boys may be moving into the shuttered Bombay Ice Creamery on Valencia St. If this thing passes, owner Dylan McNiven will get going on Mohave, a 100-seat Southwestern restaurant with a California bent. Other details include interior hardward imported from New Mexico, a full liquor license and possible outdoor fireplaces. It would be a dinner only operation, at least at the start. [ISSF, EaterWire] 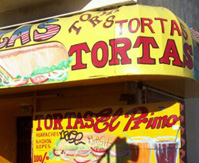 2) Since Tortas El Primo was shut down for illegal operations a.k.a. selling drugs, the space has sat vacant. Now we learn that one Ahmad Larizade wants to turn the address into a little cafe-type establishment called Joey n Bats Coffee and Bakery. It would have just 15 seats and proposed hours of 6 a.m. to 7 p.m. [EaterWire]