Look at that, Friday! And what a week of openings it's been.

Recapping the biggies: Cupola broke the seal on Westfield Neapolitan pizza on Monday. The sorely missed Martini House team came back to Napa with Kitchen Door on Tuesday. And finally, the Absinthe restaurant group sprouted off its NOLA-inspired Boxing Room yesterday. Now let's take a moment for the littler guys. 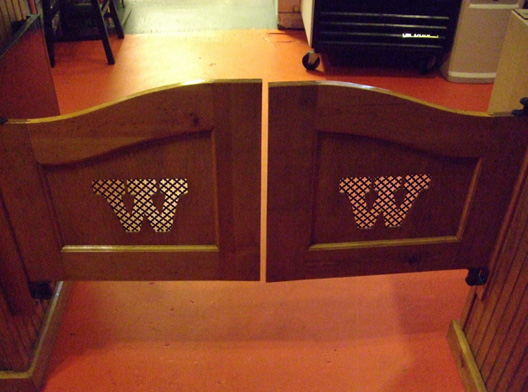 1) Lower Haight: Wing Wings may be tiny in size, but what's it's doing is pretty big. A man that used to manage Little Skillet decided it was a good idea to give San Francisco its first quick-service operation devoted to chicken wings. Three double fryers and eight proprietary glazes later, he might just be onto something. [EaterWire, Thrillist]

2) Berkeley: Tapping into the seemingly endless appeal of small things on buns, Phil's Sliders is hoping to open today on Shattuck. Burgers made from Marin Sun Farms beef may be accompanied by housemade sides, sodas and desserts...like Oreo cookie bars. [Thrillist]

3) Castro: Cafe Sophie, the new sandwich- and baked good-slinging cafe on 16th St., may or may not now be open. If anyone knows about it, please do drop something in the tip jar.

4) San Carlos: News comes in quick and hot from points south that an In N Out burger outpost opened yesterday on Industrial Rd. [NBC]

On that note, if you know of an opening that we missed this week, do let us know.