Share All sharing options for: People Steal the LPs at Chambers Eat + Drink

Welcome to Eater's latest feature, Shit People Steal, in which we ask restaurateurs what items in their restaurant have been (or are frequently) stolen. 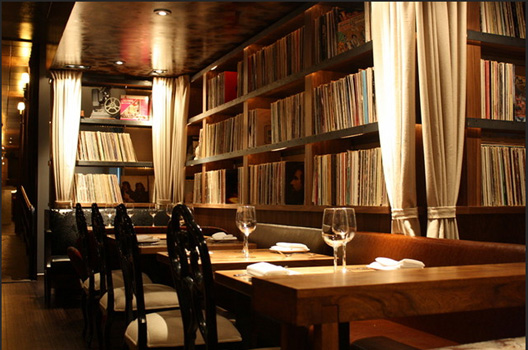 Not two months after the rather glam Chambers Eat + Drink opened in The Phoenix Hotel, owner Sean Manchester already has an unsettling submission to Shit People Steal: the vintage LPs that line Chambers' dining room walls.

"I'm almost hesitant to share, we'll probably lose even more! :) We seem to lose at least two or three a week. . . that we know of. Its usually some of the more nostalgic albums or some that just have funny or unique covers. We've yet to catch anyone in the act, but we're always on the look out for oversized totes or extremely baggy pants!"

Have a restaurant theft story? Drop an email.