Quote of the Day

Share All sharing options for: Quote of the Day 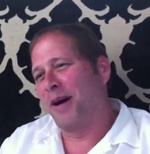 "Obviously my girlfriend, but if she can’t take up a slot, Brigitte Bardot for one, it is last supper, right? I don’t know, maybe Keith Richards; it could be a party. I think I’d ask them both to bring two guests of their choice and we could start a pyramid scheme from there. My last meal, I’d say as many raw oysters as I possibly could eat and probably a roast chicken that’s been truffled all underneath the skin, wild mushrooms, lots of great old burgundy and ice cream for dessert."— David Kinch of two-Michelin-starred Manresa, on his last meal. [FoodieChap]