This week, the Bay Area got a Giordano Bros. outpost in the Mission and the forward-thinking Joshu-ya Brasserie, to boot. But that's not all, people! Take a moment for this week's other openings below. 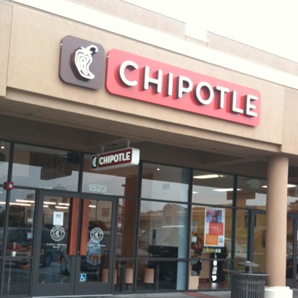 1) Lakeshore: National chain Chipotle has opened a relatively small branch out in Lakeshore Plaza. This is the fourth SF location, and there's one more on the way in the Wharf. Watch out for those pinto beans, vegans. [EaterWire]

2) Castro: The Chuch Street edition of chile pies (& ice cream) (in the former No Name sushi location) opened for business a few hours ago. Word on the street is the menu is pretty much the same as the original, but they're "trying out a few new things." Hours here are 11 a.m. to 11 p.m. [EaterWire]

3) Castro Extra: "The first and only retail jewelry store in the United States with a fully licensed wine bar" also opened this week on Noe. It's called Rose Cut Wine Bar, founded on the age-old principle that inebriated shoppers buy more. [ISSF]

4) Marina: If you spend a lot of time hanging out on Lombard St., sorry. The new Aato (1449 Lombard St) might make things better, though! Because who doesn't love a good wallop of Korean fusion every now and again? No friend of Eater's, can tell you that. [ISSF]

[UPDATE: According to Inside Scoop: Little Vine is opening sooner than expected, the aforementioned Soma Restaurant & Bar opened today and Union Street's Lite Bite is open too.]

Have an early report on any of these? Know of an opening we didn't include? Please do let us know with an email here, or below in the comments.