The re-opening of Dottie's True Blue in the Sixth Street corridor is the headliner for the week in restaurant openings. Now do take a moment for the full recap, including some new bars to belly up to and a pretend sandwich face-off in North Beach. 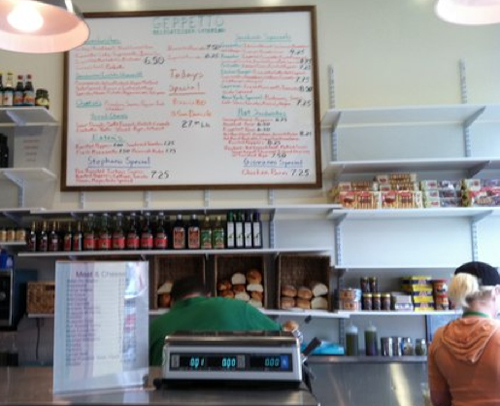 1) North Beach: The name of Giovanni Zocca's deli at 658 Vallejo St. is Gepetto. They started dishing out the made-to-order, Italian-style sandwiches and prepared goods this week. It sounds a bit like Molinari nearby on Columbus, and Tablehopper says the GM “Steve” Leone spent seven years there prior. [Tablehopper, EaterWire] 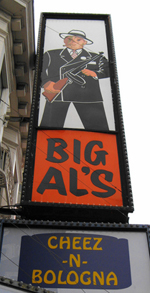 2) Broadway: Inside Scoop reports convenience store and sandwich place Big Al’s Cheez ‘n Bologna (556 Broadway) has opened amongst Broadway's boob joints. Unlike the aforementioned Gepetto, this one will probably not compete much with Molinari. [ISSF]

3) Berkeley: A while ago, we briefly mentioned Cal bar Larry Blake's would be closing to make way for Pappy's. Thrillist says the bi-level sports bar is now open, serving up pool, darts, blue curaçao-riddled "Cal Bear Coolers" and a stripper pool. [Thrillist]