This week has been big in restaurant openings across the land: Southern Pacific Brewing unleashes its kegs in the Mission tonight, Redd Wood started slinging the pedigreed pizzas up in Napa, and the poignant re-opening of Original Joe's took North Beach yesterday. Now let's rewind for a moment and take in the other openings that graced the stage. 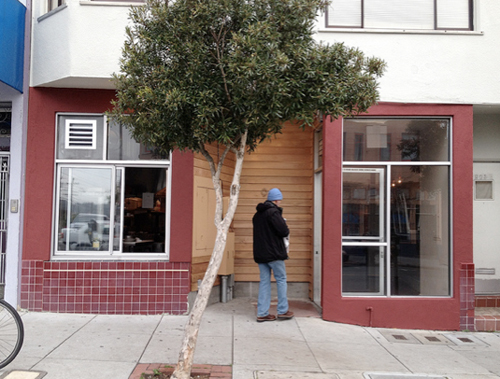 4) FiDi: The Ozumo people have opened their machine-powered sushi joint U-Sushi at 525 Market St. Here's some background on that one. [Tablehopper]

5) Russian Hill: The Yoppi Yogurt-Tuttimelon switcheroo has been completed at 2125 Polk St., and Fro-Yo Girl passes on a picture of what you can eat here. Also look out for freebies from noon to 2 p.m. on Saturday, Feb. 4 during the "grand opening" celebration. [Fro-Yo Girl]

6) Uptown Oakland: Signore Lucchesi passes on word that Ike Shehadeh's newest sandwich emporium Ike's Lair (2204 Broadway) hath opened next to Plum on Broadway. The interesting twist here is that he's offering “The Bakesale,” a fried chicken-and-slaw sandwich, and calling it an homage to Bakesale Betty's cult-followed sandwich with the same ingredients. Meanwhile, Bakesale Betty's (2228 Broadway) is just back in action down the street after winter break. [ISSF]