Cards-Giants Game 2 kicks off... err... tees off... err... pitches off (?) in five hours, giving you just enough time to catch up on seven days worth of restaurant openings. Here to help: the Monday Opening Report. 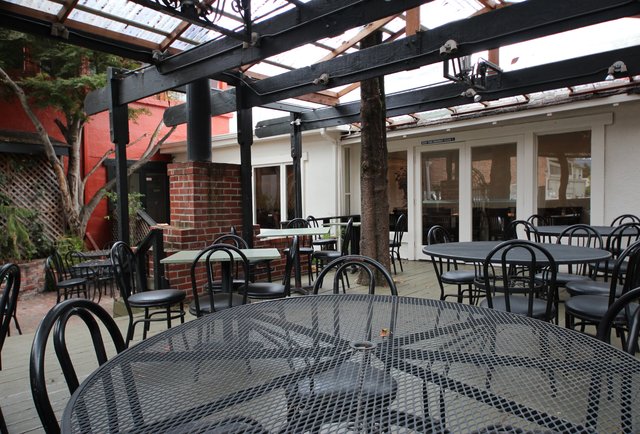 1) Russian Hill: Historic fire station-turned-"multi-level event space" Firehouse 8 opened its doors officially Friday with an arty farty event featuring buffalo wing madeleines from Craftsman and Wolves, plus drinkie poos from the incomparable Brooke Arthur (including a sipping caramel with croissant shavings). Oh, and yes, there were some males dressed as firemen. [EaterWire, Twitter]

2) Oakland: The super studs at Thrillist (full disclosure: I'm one of them!) have the full disclosure on Destino. Apparently exec chef Marisol del Rio — who went to French culinary school in Mexico — got her skills in the kitchen from her Mexican grandmother, who in turn got her skills in the kitchen from some Spanish colonial nuns in the 1930s (just go with it). There's achiote-marinated prawns flambéed in tequila, plus the patio looks niiiiiiice. [Thrillist]

3) Berkeley: Comal's got a new neighbor, and it has a thing for raviolis. Belli soft opened over the weekend, and according to Grub-a-dub-dub, they're hoping it'll be "to raviolis what Pizzaiolo was to pizza." There's lots of brick, a wee four-person bar, and a rav with pork belly, gorgonzola, and figs. [Grubstreet]

5) North Beach: Park Tavern's spiffy new upstairs bar Eden Lounge started doing the do as of last Monday. It fits 45 in — again, according to those hard-to-believe-they're-that-handsome dudes from Thrillist — a cobalt blue-walled room with "turn-of-the-century-style drawing room furniture". It has its own bar, Wagyu beef jerky, and there's even something about a champagne and caviar cart. [Thrillist]