Coming up in the first week of December, Fifth Floor is inviting five badass guest chefs into the kitchen to cook special 7-course dinners for the holidays. Ravi Kapur of Liholiho Yacht Club, Jason Fox of Commonwealth, Mourad Lahlou of Aziza, Jamie Bissonnette of Coppa and Toro in Boston, and Barbara Lynch of No. 9 Park, also in Boston, will each have a night devoted to dishes inspired by family holiday traditions. The dinner provides a rare chance to experience each chef's personality a little more intimately, and if you go to the Lynch or Bissonnette dinners, you'll get a taste from some of Boston's most exciting kitchens. Eater caught up with all of Fifth Floor's guest chefs to find out more about what they'll serve and why it makes them think of home during the holidays. 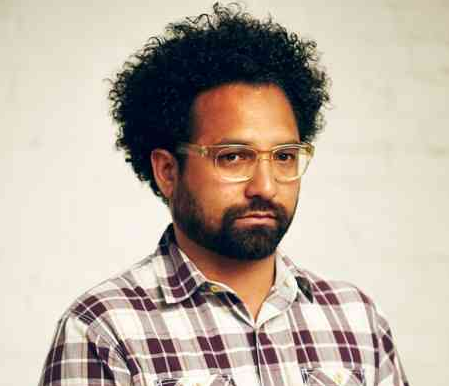 What was a typical holiday dinner for you and your family when you were growing up? Mom would do something slightly traditional with Hawaiian and Asian riffs. There was always a large get together either on Christmas or New Years that involved a potluck gathering where friends and relatives would bring dishes representative of their culture or upbringing.

What are some items from your working menu coming up at Fifth Floor? Some of the things I'm excited about are tuna poke with seaweed and sesame, King crab, and smoked quail stuffed with Chinese sticky rice.

Anything particularly nostalgic? It's hard to choose. All of them were always present in some form or another at family get-together.
Ravi Kapur. [Photo: Modern Luxury] 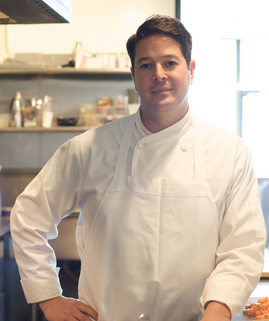 What was a typical holiday dinner for you and your family when you were growing up?Around Hannukah, we would usually have latkes with sour cream, and maybe some brisket or a roast chicken. We would also usually bring in some stuff from the delicatessen, like kasha varniskas, chopped liver and tongue.

What are some of the dishes from the menu you're working on? Smoked salmon and its roe with rye and horseradish, potato latkes in a modern style with chicken liver and apple, pumpkin soup with duck confit and ancient spices.

Anything particularly nostalgic? The latkes are very nostalgic for me, but instead of the traditional way of making them, I plan on doing a modern take. I've been experimenting with some different ways, so hopefully they turn out like I envision them in my head. The veal breast dish will also be reminiscent of the brisket I grew up on, but a slightly more sophisticated version. 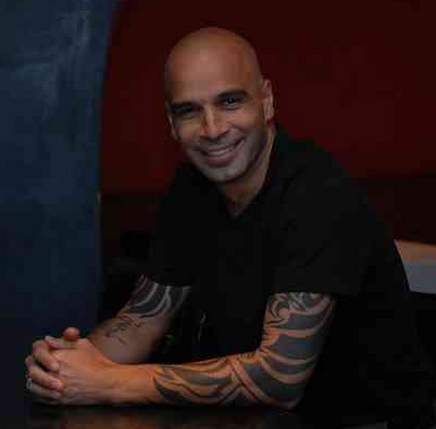 What was a typical holiday dinner for you and your family when you were growing up? It's typically a big breakfast and lunch, but never dinner like here in the states. We usually go to sleep the night before and people get up super early to prep a huge meal for breakfast. It was pretty exciting, and those were the only days when I didn't mind waking up that early. I actually had a hard time going to sleep in anticipation of the morning feast.

Tell us about your holiday menu for Fifth Floor. I'll make sure we capture the spirit of the season and put a Moroccan twist on a pretty special time of the year. I'm really stoked.

Can you pick an item from your menu, and tell us why it's nostalgic to you? It would have to be the basteeya. It's really the epitome of Moroccan cuisine. It's sweet, savory, crunchy, soft. It's served hot out of the oven on a large platter, and it looks like a present that people just can't wait to dig in. It always puts a smile on people's faces and we long for the days we serve it. It's pretty special.

Can you talk about some of the ingredients you'll use? I want to use ingredients that celebrate the holiday season without being too predictable.
Mourad Lahlou [Photo: Haute Living] 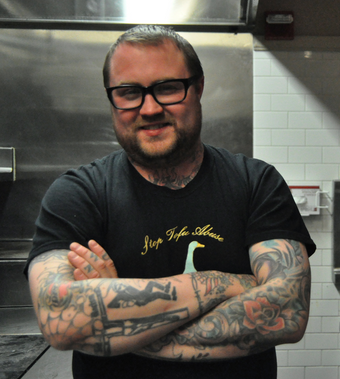 What was a typical holiday dinner for you and your family when you were growing up? Typically we always had roasted turkey. It was just about the only thing that was edible. A lot of stuffing, and olives on the table. My uncle and father would have an olive toss across the length of the table. It pissed my mother off.

Anything particularly nostalgic? The turkey tetrazzini is a combination of our Tuesday night meal, growing up—gross me —and roasted turkey from holidays. It is about time some one recreated my mothers attempt at cooking with success.

Can you talk about some of the ingredients you've decided to use for this dish and throughout your menu? I wanted to use food from my family back ground: Swedish, German and French. These are foods that would make my grandparents proud. 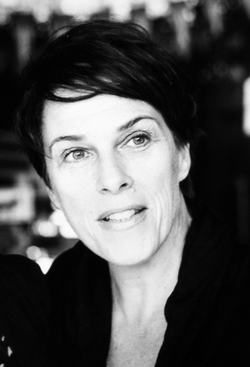 What was a typical holiday dinner for you and your family when you were growing up? A typical holiday dinner for us was roast beef on Christmas, though my mother's meatballs were always in a pot on the stove, ready for me, my brothers, and my sisters to dive into at any time. We had such a large extended family with people coming and going, it was really more like a potluck dinner. Nowadays, I love to have friends and family over and I usually serve lasagna Bolognese, beef tenderloin, and big bowls of chestnut bisque with pecorino mascarpone ravioli and hazelnuts. Food that's delicious, festive, and great for a crowd.

What do you have on tap for the Fifth Floor dinner? Dungeness crab en gelee, prunes-stuffed gnocchi, crispy duck

Anything particularly nostalgic? I worked with Chef Baz for years in Boston and it's amazing to now come to San Francisco to cook with him. In thinking about the menu, I decided I had to do a few old school dishes, since this is a reunion of sorts. The prune-stuffed gnocchi and crispy duck have been on the menu at No.9 Park, my first restaurant where Baz was the opening chef, and people never get tired of them and still ask for them. I've never been able take the gnocchi off the menu!

Anything holiday specific? The foie gras, caviar, chestnuts, winter citrus, and duck are all ingredients I adore – especially around the holidays and definitely create special and seasonal dishes perfect for this time of year. Being able to incorporate some local west coast ingredients like Dungeness crab and abalone is fun?I think of these dishes as a West Coast riff on New England holiday classics.

Each 7-course dinner costs $125 and $75 with wine pairings, and the full menus for all chefs are currently available on line, although they are subject to change. Word on the street is that reservations are starting to book up quickly, so you should reserve for your favorite chef by calling the restaurant asap.