Share All sharing options for: Michael Chiarello To Open Spanish Restaurant On Pier 5 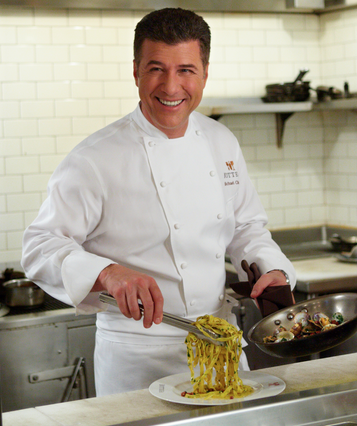 After heavy rumors that TV personality and Bottega chef Michael Chiarello was looking to open something "not Italian" in San Francisco, the news becomes official today. Chiarello has signed a lease on San Francisco's Pier 5, at the site of the former Lafitte, where he plans to open a Spanish restaurant by spring of next year. As many of you know, this is Chiraello's first entrance into the San Francisco restaurantscape, and the name of his project is still unknown. Since Chiarello's daughter lives in Barcelona, he has developed an obsession with the food from the region while visiting her over the years. Now he's taking the natural next step for a big time chef of his ilk. The full press release follows, and you can expect many more details on this guy as the opening nears.

The restaurant is inspired by the cuisines of Spain, a passion for which Chiarello developed during many trips to visit his daughter, who lives in Barcelona. He feels that Spain's signature 'small plates' coupled with the social vibrancy of their dining scene is the perfect combination for San Francisco, which has its own deep-rooted history with the country. Focusing on regional dishes from Madrid, Catalonia, the Basque Country and beyond, the menu will feature Chiarello's interpretation of traditional Spanish cuisine and, as has always been his tradition, will highlight the bounty of fresh, local ingredients from land and sea.

Along with architects Alberto Rivera and Michael Guthrie, Chiarello will transform the Pier 5 space, which includes a main dining room and glass-enclosed outdoor terrace, into a colorful and vibrant restaurant with several ways to enjoy their food; from bites at the tapas bar, to lounging by the large bay-facing windows, or enjoying the waterfront action from the terrace with the windows thrown open, revealing full views of Coit Tower, the Financial District, and the Bay Bridge/Treasure Island.