It's pre-Turkey weekend time, people, and here's a roundup of tasty leftover news from the day, so you can read away while buying Hostess Twinkies on eBay. 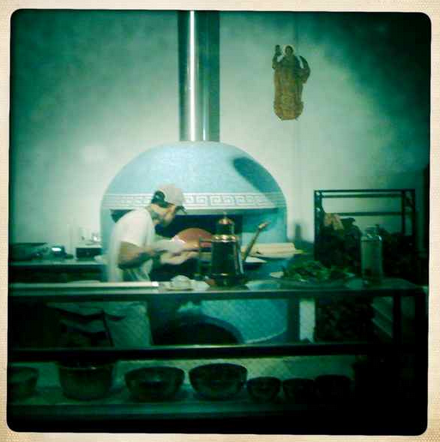 CHOCOLATE WIRE - Una Pizza Napoletana now has dessert! Well, almost. They are serving Gay-Odin almond and chili chocolate bars from Naples with post-pizza coffee. Apparently UPN is the only place in the U.S. that has this chocolate, it is "rustic and raw," and it will expire mid-February. [EaterWire]

COMING ATTRACTIONS - The Momofuku empire's David Chang will cook a tasting menu at Copain Winery on December 14th. Tickets are $300 for mailing-list members, and $375 for non-members. This should sell out on the earlier side, and you can reserve a spot by calling the winery at 707-836-8822. [EaterWire]

THE EARLY WORD - At Central Kitchen's brand new brunch, SFoodie tries a cinnamon sticky bun with bacon, medjool dates, and walnuts, and the smoked sturgeon is a "unanimous hit." What to order "if brunch is to be your only meal of the day"? Pork belly benedict on an Arizmendi English muffin. [SFoodie]

PASTRAMIWIRE - On the eve of Moshie's Pipic's (425 Hayes St.) 25th Anniversary, owner Joe Sattler reveals the secret to his matzoh ball soup: "What makes it good is the balls. They're like a mousse. See, balls can be floaters or sinkers. Ours are floaters. How about that?" [ISSF]