Updates On Gung Ho, Saison, B. Patisserie, and MORE

Share All sharing options for: Updates On Gung Ho, Saison, B. Patisserie, and MORE

1) SoMa: The sign is up at Eric Ehler's Gung Ho, and he's teasing out egg custard tarts and Bicycle Coffee for future morning service. Look for an official opening here around Dec. 10. [EaterWire]

2) More SoMa: Josh Skenes passes on word that he and Mark Bright are targeting mid-December for the opening of Saison 3.0 on Townsend Street. [EaterWire]

3) Lower Pac Heights: Belinda Leong's new B. Patisserie on California Street should be ready to start dishing out the kouign-amann, and lots more some time in the first week of January. [EaterWire]

4) Upper Haight: The new 1671 Haight Street location of Sunrise Deli will be opening at the end of the week, according to Eater informants. Take a look at its falafel balls here. [EaterWire] 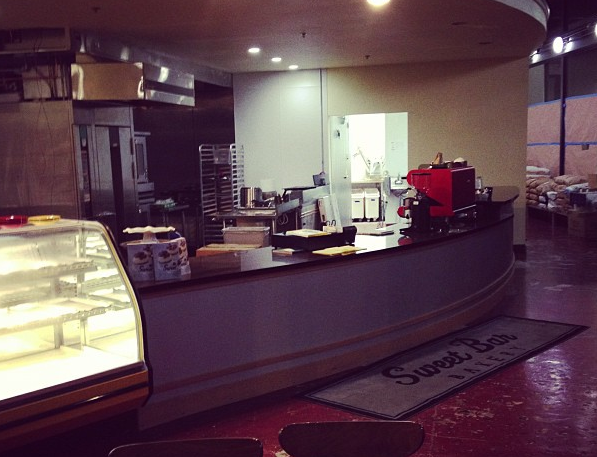 5) Oakland: Sweet Bar Bakery will do a sneak preview pre-opening on Thursday with a reduced schedule. The official opening will happen Friday on the 30th Anniversary of the release date for Thriller. Peep the near complete interior at right. [EaterWire]

6) The Richmond: Melisa's Chinese Restaurant is in the process of recovering from a July fire, and should be reopening after Christmas. [TRB]

7) The Richmond Extra: What is up with all these new Crawfish restaurants? Another newbie called "Rockin' Crawfish" is moving into a former hookah lounge on Geary near 12th. [TRB]

9) Hayes Valley: The first word about the Schulzie's bread pudding bar headed to Hayes Valley came almost a year ago, and now an opening on Dec. 10 looks fairly certain, with Equator Coffee, to boot.

Got another Plywood observation to add? Jot it down in the comments or email sf@eater.com.