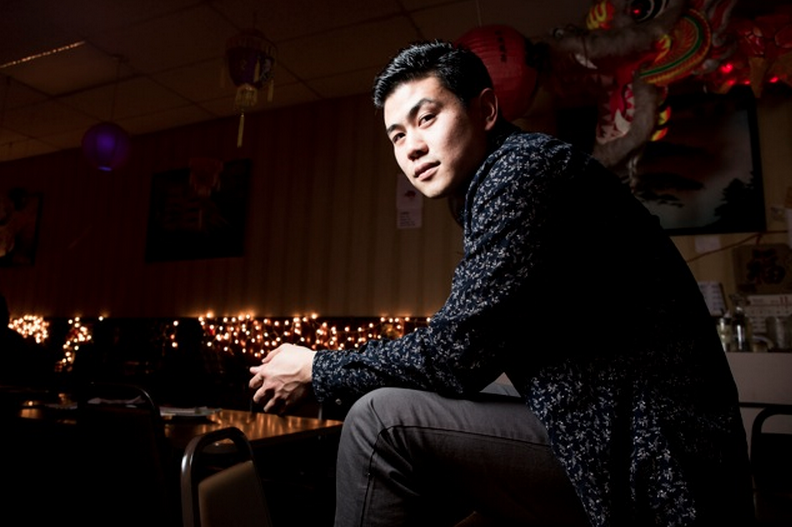 [Photo: Aubrie Pick]
Waiting for a table at Mission Chinese Food is as much of the experience as actually eating chef Danny Bowien's dishes of salt cod fried rice and spicy cumin lamb. With hype generated by The New York Times, Bon Appetit, Martha Stewart, Vice, GQ and on and on and on, a wait at Anthony Myint and Karen Leibowitz's sublet turned restaurant should come as no surprise. Eater recently met with Greg Wong, who has met the enduring crowds for the past year and a half to chat about the wait, the spiciest menu in the Mission, and confusing Communist art. 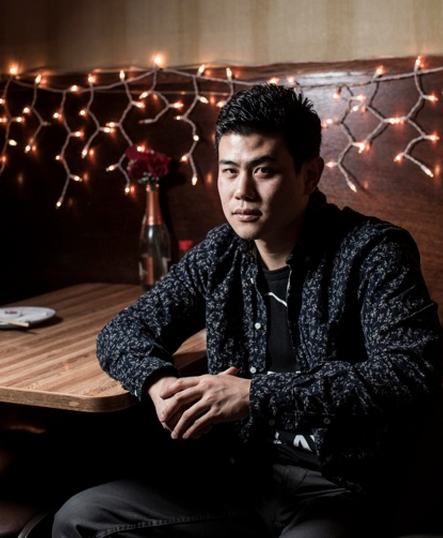 7:30 p.m. on a Saturday night, what's the wait for a table? On a Saturday it might be around an hour. It always depends.

What's the longest wait you've seen? The longest wait, pretty ridiculous, probably three or four [hours]. There was a month where it was insane and I would tell people "If you live in the area you should probably try it some other night. Not Saturday night at 8."

What do you recommend for people to make their wait shorter? To have fun. Grab a drink somewhere, chat with your friends, look at the menu, ask questions. Maybe anticipate what they want, that's always a good way. I had this girl who had a blast outside and somehow decided that there should be a dance-off with other people to determine who would get in first. I thought that was entertaining. I was tempted to instate that as a rule.

Was she a good dancer? She was. I think she would have won and was secretly suggesting this way to make it to the top.

Any other negotiations to make it to the top of the list? Yeah, people try to bribe you. Usually it's fair and we go by the list.

What have you been bribed with? Mainly money. Usually if someone brings stuff it's gifts for the kitchen anyways, and people bringing gifts tend to be very relaxed and willing to wait. It's almost the opposite of what you'd expect.

What is the most outrageous request you've received? One time a lady walked past me and was like, "I'm here for Mission Chinese." I was trying to tell her, but she said "no" and acted like she knew what she was doing. She stormed through the restaurant saying "I'm here for the other restaurant." She grabbed her whole family and stormed through all the way to the kitchen. I think she was looking for this fancy other restaurant and she ended up at the bathroom. She must have read there was a restaurant in a restaurant, and we get that question a lot. But I've never had anyone dismiss me and then act like she had been here before. 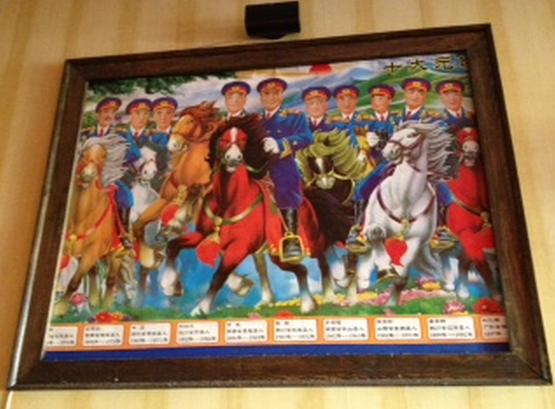 What are some other weird questions you've heard? A hard request was when someone couldn't eat fat, gluten, rice, or meat. I feel like they named every food group. We are limited if they're gluten free, but there are still good options and we figure out some. But they named off every food and asked for a side of raw veggies. I told them "that's not really representative of our cuisine here, unfortunately." The hardest question is [when customers] tend to ask me what that poster [pictured] means, and I really have absolutely no idea. Sometimes it's someone who is really into history, and I just don't know. They just had it since the original restaurant was here, and they have more in the basement. Questions galore. What does it mean? Why is there only one black horse? One red horse in the middle?

Do you have any favorite customers? For sure. We have a couple regulars that I love. There's this quirky older Asian gentleman that tips horribly, kind of odd, likes to sit in the corner. He eats here every Saturday morning. But say on Friday, he'll slowly walk down this street and he usually pauses. I'll say "Hey, what's up?" and forget every once and while what day it is and ask, "Are you going to eat?" He'll say "No. Gotta' wait till Saturday," and he'll stare at the menu, slightly salivating. I think he saves up his money for Saturday. I feel like that's endearing. As I've gotten to know him, he's pretty awesome. Other than that, friends that are cooks. That's always fun.

Who do you consider your VIPS and how do you accommodate them? I would say, mainly cooks. We usually don't do any special VIP requests. One of the few that we had was Ferran Adrià so we set aside a table. That's pretty much it. We had this big party once where they bought out the restaurant. It was these fairly well off ladies and we kept telling them, "sorry, it doesn't matter. You're going to have to wait like everyone else." They really wanted a big group and asked if there was any way they could buy [the restaurant] out on our day off. We ended up doing it for them. They had called in enough, and we had told them no so many times. 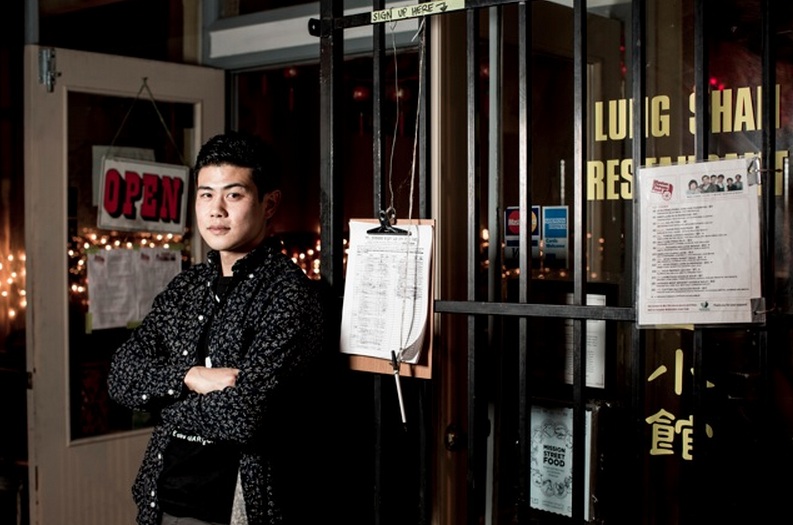 What are you favorite dishes here? Thrice cooked bacon. I really like the doughy chewy texture of the rice cakes. I like the savory egg custard. I miss our barbecue. I started cooking here, and I love Chinese food, but as a cook you get tired of some of the flavors that you serve everyday. That was such a nice contrast. We don't have that anymore.

Do people bring it up a lot and ask for it? Yes. We try to push ourselves, so even if it is a really popular dish we change things up. I still enjoy when we push ourselves and take off dishes that we know are popular to try something new.

When you're not here, where do you like to eat? Probably sushi or pizza. We don't have bread here so I crave acidic sweet tomato sauce, bread and cheese. I like Una Pizza Napoletana for that. Sushi, there's one by my house called Elephant Sushi that just opened up. And Ino Sushi.

So, you wanted to include Grandma [one of the original Lung Shan owners] in this interview. I think we just really wanted her [laughs] because once in a while she seats people. But...

We could try. Right? It's okay. We just always thought it would be fun to involve her. It's always hilarious because she just gives really stern looks. For lunch she helps out a lot. She'll grab menus and give the dark stare. There's this all-business demeanor on her face that I feel is really authentic. You can't hire someone to ever do that [laughs]. I could try all my life to seat someone like that, but I don't think I could.

You should pick a day to try it out. Yes, today I am going to become Grandma.
--Chloe Schildhause
· All Mission Chinese Food Coverage [~ ESF ~]