One Week In is a series wherein Eater talks to chefs and restaurateurs after their first week in business at a brand new restaurant. 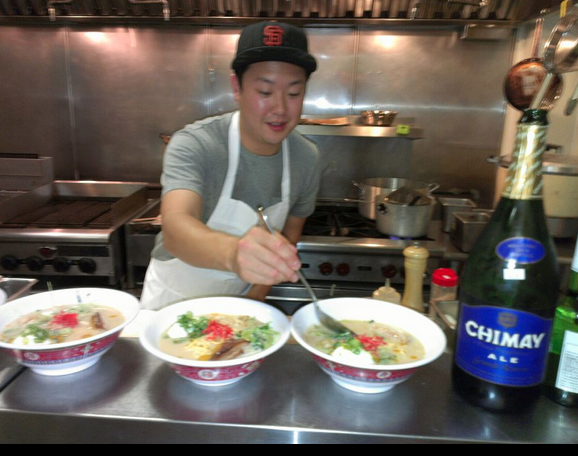 Eric Ehler. [Photo: Facebook/Seoul Patch]
A little over a week ago, Seoul Patch chef/founder Eric Ehler was knee-deep in opening day service at his new restaurant Gung Ho. This morning Ehler caught up with Eater to reflect on what's happened since then, explain why a permanent restaurant is so much better, and elaborate on some of the "Korean/Asian inspired American" dishes he's most excited about cooking.

How were the first ten days? Lunch has been really busy everyday. The area is so dead at night, and we're still figuring out the neighborhood. At first we did the happy hour to attract the post work crowd, but most of the Zynga people bail out after work. We actually get dinner business from the neighbors later on, so we'll probably extend our hours and do full dinner service in the new year.

What will the new hours be? Probably 6 to 10 p.m. Once we figure out staffing and what days it makes sense for us to be open, we'll go for it. Ultimately, we want to do Friday and Saturday nights, late night until 2 a.m. and bring back a lot of the Seoul Patch followers for that. 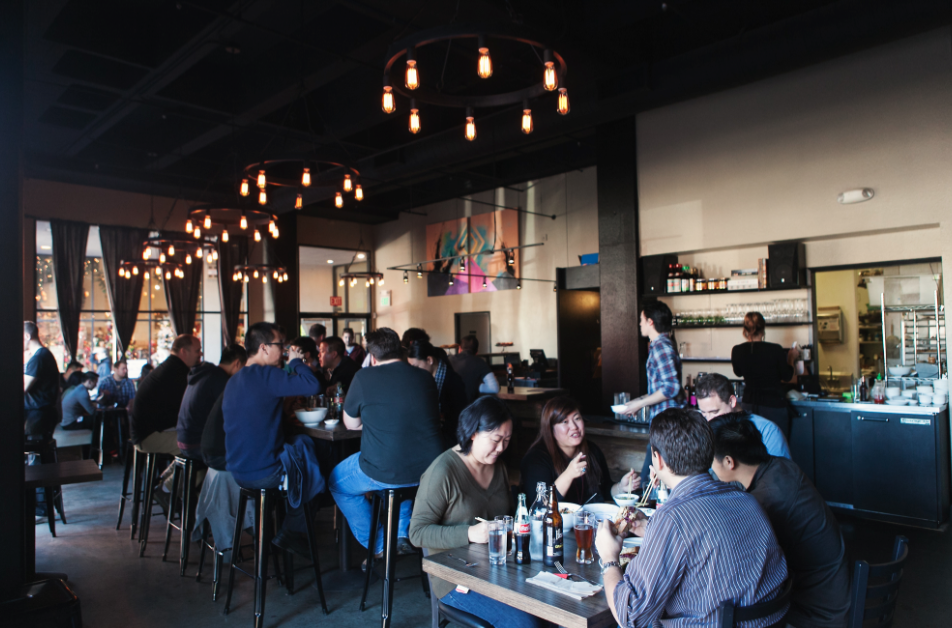 What's the crowd been like at Gung Ho?It's been a mixture of our old regulars and new people from nearby. We had a really good following in Potrero Hill and the support has been tremendous here. We've seen a lot of our old regulars, but for the most part its Zynga and Adobe keeping us really packed at lunch.

Any surprises coming to a permanent spot from the pop-up world? I come from a restaurant background, unlike a lot of people who do pop-ups, so a lot of the trails and tribulations of a fixed restaurant are things I was ultimately expecting. The pop-ups actually rattled my nerves more because you're in someone else's kitchen. When we started our first service here, I was like "ok, I know what I'm doing here."

Any big hurdles so far? No. I don't want to jinx it, but everything has been seamless and flawless so far. Despite having not very much money to get this started, the only major thing was that we inherited this kitchen from someone else. And they left their last service without cleaning up, so there were things rotting in here when we moved in. Other than that, it's been all good.

What are the early menu favorites? At lunch, the fried chicken, bibimbap, ramen, pretty much sums it up. I was getting tired of what we were doing at the pop-ups, and we're able to use better ingredients here and since we have a dishwasher it takes away a lot of the pressure we had at the pop-up. The food is much more focused here.

How about at night? Fried chicken, pickles and the pork belly muffin. If you're doing food like this, you need to have something great with pork belly. We thought about doing a pork belly ssam or a bun, but then I was thinking about the English muffin from Leadbetter's, and you can't get much better than that. We put the pork belly and sauce, and everything on that, and I was like damn man, I don't have to make a steamed bun. I also want to support Jamieson [the owner of Leadbetter's], who is a great guy.

What's on the horizon? We'll keep the lunch format: three sandwiches, a couple sides, couple salads, a noodle dish, porridge and bibimbab. The options are constantly changing. I've been working on some dinner dishes in the off hours that I will slowly start adding onto the menu. Eventually, we're working towards a format of small plates, and a few larger format dishes that feed two to three people.

Tell me about one of these dinner dishes you're excited about. Right now, we're doing this miso butter crab noodle. We started with the ramen and we couldn't keep up with the 15 hour stock production cycle, so I thought about the way I ate ramen as a kid, with a little butter added with the seasoning packet. So we're doing a miso ramen stock reduction with butter ginger and scallions, tossing that with 90% cooked noodles, and topping it with Dungeness crab, scallions cucumber, and lemon that you can mix into the noodles and sauce.

How are you handling the stress? While the pre-opening trials were stressful, now that I've got a routine, I'm unstressed. I have an amazing group working with me. We all know how each other work really well. I have a great sous chef running lunch. It's awesome. Our motto here is work smart, not hard. 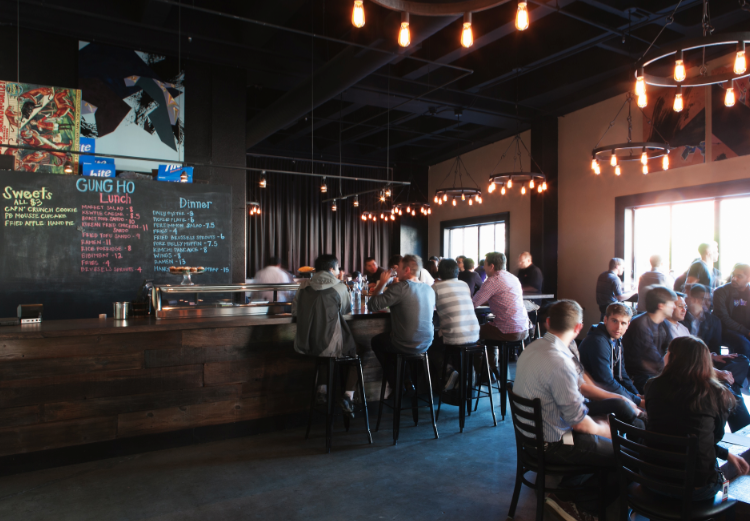