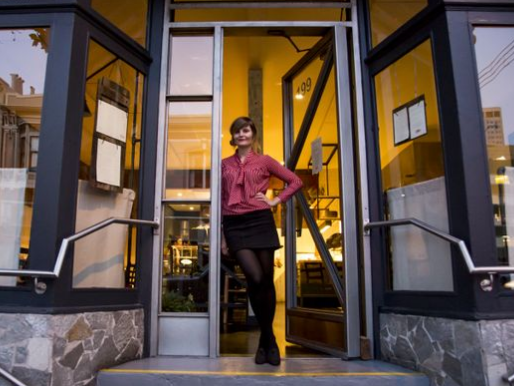 [Photo: Aubrie Pick]
Earlier this year, Rich Table was but a twinkle in Kickstarter's eyes as owners Sarah and Evan Rich successfully raised the funds to start their "small neighborhood restaurant," bringing fine-dining techniques to a a casual-ish atmosphere. Since opening in late July, the chef couple (who worked previously at Coi, Michael Mina, and Quince) have attracted a strong following of local chefs, restaurateurs, neighborhood folks, and VIPS like Food & Wine Editor in Chief Dana Cowin. Maître d' Nicole Conrardy has handled the crowds since day one. She recently spoke with Eater about her most well behaved patrons, saltines and douglas firs.

7:30 p.m. on a Saturday night, what's the wait for a table? That can vary. I always tell people that the time can fluctuate quite dramatically, so it can be anywhere from 15 minutes, to 45 minutes, to an hour or so.

What's the longest wait you've seen? I've had people wait over an hour and a half for a table.

How can one pass the time? We do provide a bar and have a fantastic bartender named [Jason] "Buffalo" LoGrasso who was from Cotogna. He makes fantastic cocktails and always thinks of something really creative and out of the box. Sometimes it can get a little packed, so I tell people they can go to our neighbors nearby. There's either Smuggler's Cove, which is fantastic, and because of Christmas I always refer Marlena's because it's very festive in there. They have over a million Santa Clauses. You have to go in there. It's completely decked out from head to toe. It's hilarious. 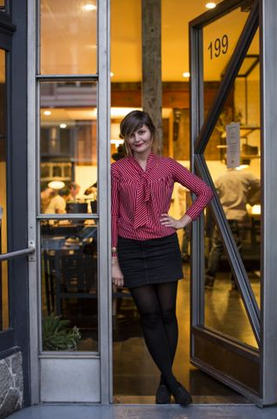 Do people make negotiations for a table? So far people have been really well-behaved at the door. I know a lot of people, if they have an opera or symphony to go to, they try their best to get in before the show starts. And I can understand the time crunch in that situation. I haven't had any negotiations or deals or anything of that nature. Pretty much standard.

Not even money? So far, no. We have fantastic, well behaved customers. We're really lucky.

Have there been any outrageous requests? It happens quite often where a party of six comes in without a reservation at prime time between 7 and 8 o' clock. It's a bit difficult to take that. Usually I quote that at about a two hour wait. Or sometimes I don't even give a quote, I try to refer them to other places instead because we are limited on seating. It's a small place so that's always hard. That's as outrageous as it gets. We're still fairly new, so who knows what could happen. There hasn't been any sort of drama at the door yet. No angry drunkards. That I know of at least.

Do you do anything special for VIPS if there's a wait? Of course, as any restaurant goes, if someone's waiting 15 minutes we try to do our best to communicate with them if the table's going to be a much longer wait. Sometimes we may send out an extra dish on the house for them. We try to be as accommodating as possible. We always put ourselves in their shoes and we do our best to make sure everyone leaves happy. 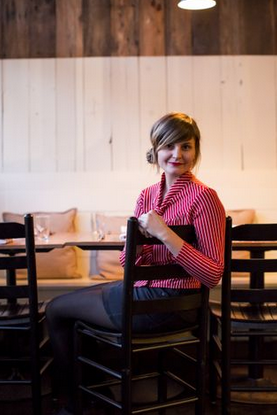 Do you have a favorite dish on the menu? Right now, the garganelli [pasta] with arugula and douglas fir on top I think is phenomenal. I've never seen this sort of garnish, that adds a smoky woodsy touch to it. We even do that for one our cocktails too called the Land End. It's the terroir gin, alpine liquer and Monterey cypress and we garnish it with a douglas fir.

Where do you go when not eating here? I really like to go to Nopa because it's nearby in the neighborhood. I think that's a really great place. I recently went to Abbot's Cellar, that place is cool. Lolinda is fantastic as well.

Any advice for Gatekeepers such as yourself? Patience. Everyone's going to want the world at the door and the best thing to do is to be as patient with everyone. And accommodating. The restaurant industry can be stressful at times, but if you go in with a great attitude it's going to make the night so much easier.