People are starting to think about renaming Oakland...to Pastena-ville. Restauranteur Chris Pastena, the chef behind Chop Bar, Tribune Tavern, and Lungomare just signed another lease inside phase two of the Broadway Grand project coming to Uptown Oakland. Phase one brought 132 condos, Plum, Ozumo and the renovated Fox Theater to the neighborhood. Phase two maps out 100 apartments and 65,000 square feet of commercial and retail space, aiming to link the restaurant and gallery districts of Uptown together. Pastena has long had desires to open a high-end Mexican restaurant, and this is where it's going to go. 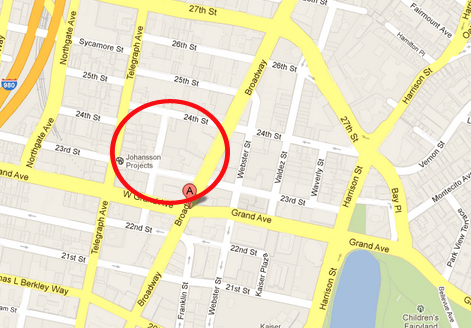 The restaurant won't open until the whole project comes to fruition in February of 2014, but Pastena does have a few details nailed down. The architect will be Arcsine, who is also doing Paul Canales' Duende. And since Pastena is "really excited about tequila," the bar will feature 200+ tequilas and at least 40 mezcals. The restaurant will encompass 2,500 square feet inside and and 1,000 square foot patio dining area.

If you're curious about what else is happening with Broadway Grand's second phase, this lengthly SFBT piece will fill you in. Spoiler Alert: there is also a large Numi Tea Garden event and retail space in the works, more "restaurants with large indoor and outdoor dining areas," and something like "Belden Lane on steroids."