1) NoPa: Wine Kitchen is a small plates-beer-and-wine concept from two pros with Commonwealth, Bar Tartine, Contigo, Per Se, and Spruce on their resumes. The joint should be opening at 507 Divisadero in "a couple of weeks." [Haighteration]

2) NoPa Extra: Barrel Head Brewery has resumed plans to open at the long-vacant 1785 Fulton Street space next to Starbucks. Owner Ivan Hopkinson is planning to put a handcrafted wooden stave bar, weathered tables, gas lanterns, and a fireplace into the space. This is going to take some time. [Tablehopper]

3) MORE NoPa!: The Mill's Four Barrel coffee-Josey Bakery bakery combination platter should be ready for service on Divisadero Street "before the end of the year." [GrubStreet] 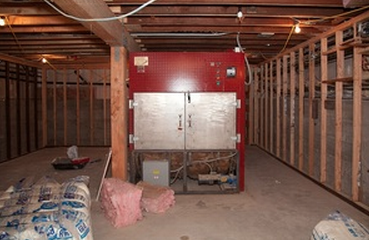 4) The Mission: El Hopper catches up with the Hi Lo barbecue men, who say they're planning to open in "early 2013" now. [Tablehopper, previously]

5) Marina: Le Marais bakery is moving forward with permits and hiring, as Paxton Gate nails down the final design details for the space. Owners Joanna Pulcini and Patrick Ascaso are looking at a winter opening. [EaterWire]

6) SoMa: Drake has been having one-off soft-opening parties, and a grand opening is coming up after New Year's. [EaterWire]

7) Outer Sunset: Two vets of the San Francisco coffee scene are opening Andytown cafe out by 43rd and Lawton Streets. They'll be roasting their own coffee, and serving recipes based on one of the owner's childhood recipes. [Tablehopper]

9) Walnut Creek: Fast-casual burrito spot Freebirds will be bringing its "rock n' roll attitude" to 1512 Geary Rd, near the Habit, on December 17. [EaterWire]