Share All sharing options for: The Dancing Pig, Gilberth's, Kúuup and More

In this week's most anticipated opening, Hops & Hominy has added a substantially sized and ambitious Southern food concept to Union Square. Flip through today's Friday Opening Report for the full barrage of this week's newcomers. 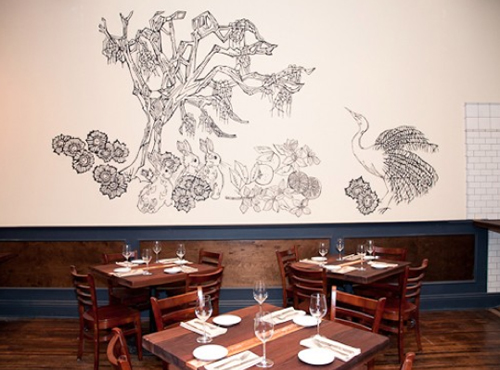 1) Dogpatch: The folks behind neighborhood Latin food spots Oralia's and The New Spot have opened Gilberth's a new rotisserie-focused restaurant with a slightly more formal format than their other businesses. It sounds a bit like Limon Rotisserie.

2) Mission: Kúuup is not a typo. It is, in fact, a new "Mayan taqueria," that opened this week at 2052 Mission St. From el Yelp we can gather that they are light on vegetarian options and heavy on meaty renditions of panuchos and tacos. [GrubStreet, Yelp]

3) Castro: Non-shocker alert: the Castro is getting a bbq spot. It's going to be called The Dancing Pig and it opens on Super Bowl Sunday. [GrubStreet]