Share All sharing options for: The Mission's 780 Cafe Has Empanadas, Caribbean Plans

Now that 780 Cafe is up and running where The Summit once was, aren't you curious what's going on it there? Eater dropped in last night to find people still sipping Blue Bottle and typing away on lap tops, and the interior is largely unchanged, save for some big plants added up front and the cafe's name stamped on the windows outside. Contrary to early rumors, it sounds like the new owners will be sticking around for a while. Property manager Jose Ramos is now running the cafe with his family, many of whom have been living in the Mission for nearly 20 years. Ramos, a former Director of Operations at New College, was born in the Dominican Republic and raised in Brooklyn. Restaurants run in his family.

His father cheffed for 40-years at former New York Theater District mainstay Mamma Leone, but it's his sister-in-law Katia who's "the chef" on record now. She's making a wide array of Argentina-style empanadas, and there's also an extensive list of house-made pizzas coming out of the kitchen. A pastry case full of sweets (chorizo biscuits, cheese cakes, cookies, strudel and such) comes from the Outer Sunset's Devil's Teeth Baking Company.

Oh and about the huge rent? Ramos says he's made a feasible agreement with his friend who owns the building. He's not worried about it. "They didn't want a corporate business coming in here," says Ramos. "Everything here is local. We're a part of the community." To that end, he's already added extra outlets to make the place even more computer-friendly. Art is on the walls from local guy Michael V. Rios. A new mural is in the works for the wall outside, and Ramos is planning to scale everything up continually. "I've got my whole family in the kitchen," adds Ramos. "Eventually I want to do a full Caribbean menu. We don't have anything like that in San Francisco."

For now, here are the menus: 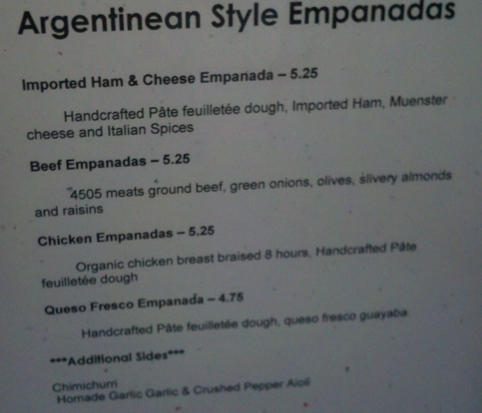 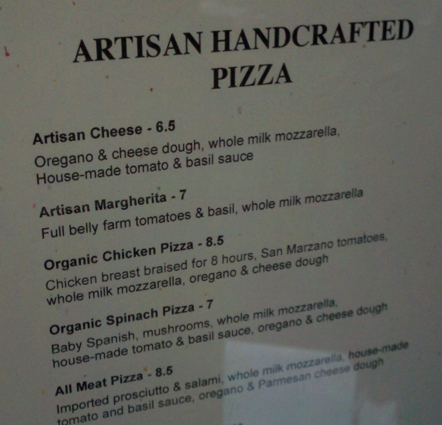 Anyone tried this? Early reports in the comments, please.