Welcome to Dish Sketches, a new feature where Eater asks chefs for the drawings they make of their food before they cook it.

For Acquerello chef and co-founder Suzette Gresham-Tognetti, dish sketches have played an integral part in the evolution of the kitchen since it first opened in 1989. Back in the day, before iPads and phones were everywhere, sketches helped her get complex dish visions across to cooks. "A picture really is a thousand words," she says.

Although her sketches from the kitchen's early years are forever Scotch-taped into a notebook as a visual chronicle of the kitchen's evolution, today chef de cuisine Mark Pensa's detailed drawings are what decorate the kitchen on a nightly basis. "I'm really like a sous chef now," says Gresham-Tognetti. "But I'm also like a watchdog."

For the past five years, Gresham-Tognetti has worked very closely with the 28-year-old Pensa, who's creativity continues to drive the menu forward. Sketches start as a springboard for the team to share ideas, and they become a benchmark for maintenance. "Mark and I use sketches and pictures of dishes as a link between the front of house and back of house—to make sure the kitchen's vision makes it to the dining room," says Gresham-Tognetti. Pensa, who started as a cook at Acquerello, is now going on his third year as chef de cuisine. His sketches and explanations of three brand new spring dishes follow. 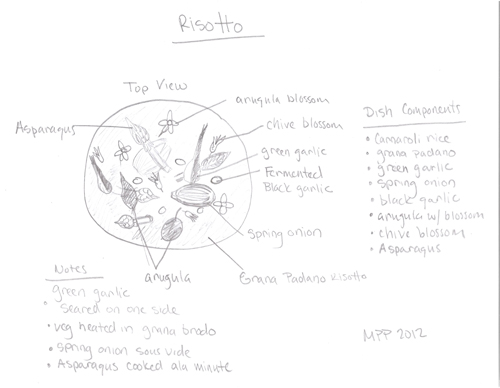 This risotto is made with aged carnaroli rice, parmesean brodo, and local asparagus. The little black dots are fermented black garlic puree, giving it "nuance without overpowering the flavors," says Gresham-Tognetti. There's not a lot of fat in the actual risotto, but the spring onions get a long slow braise bringing richness. Here's the finished product: 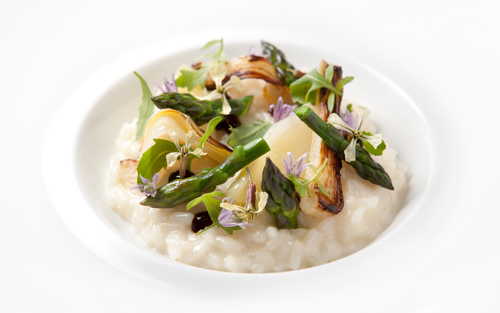 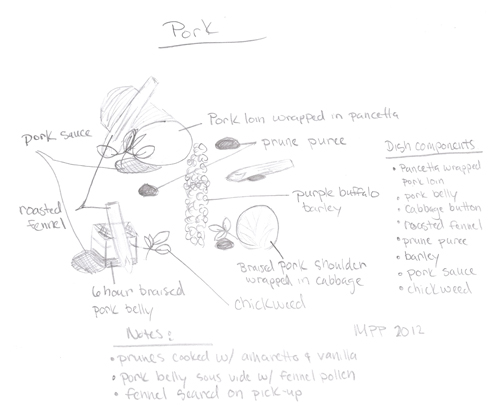 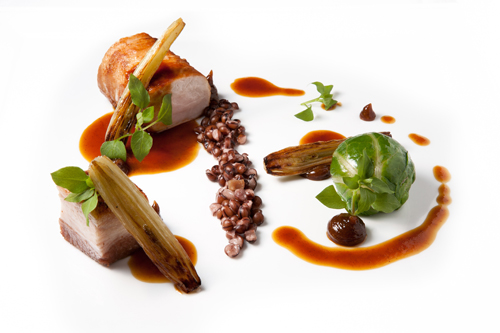 Finally, here is the sketch and final dish of the new Mt. Lassen trout filet with pancetta jam, fava beans and mint. The pancetta brings a sweet-sour element to the clean flavors of the fish. Red vein sorrel is raised by Copia Farms to have a "concentrated lemony flavor." 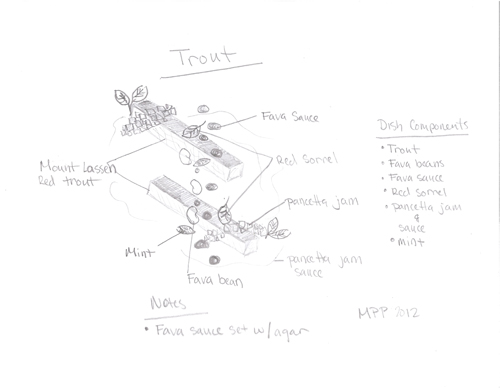 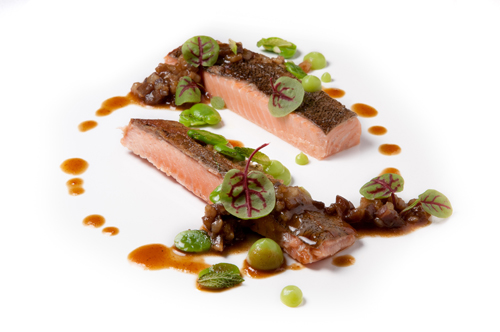 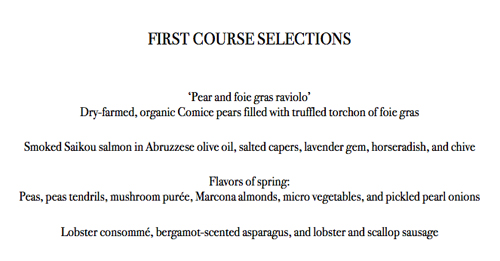 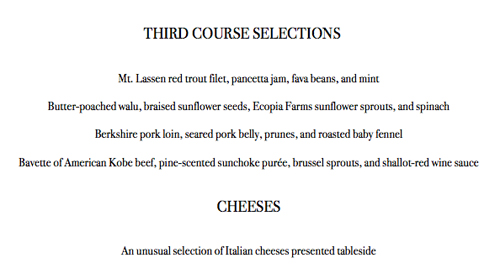 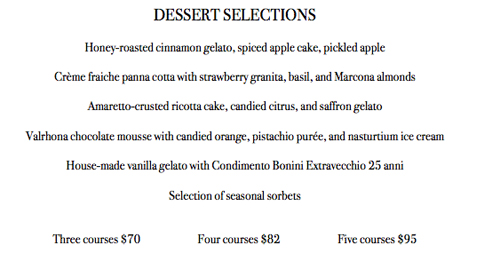