San Franciscans are snobby about a lot of things—what they wear, what they read, what they listen to, and most importantly what they eat and drink. Please see the coffee snob, the cocktail snob, the sushi snob. And here now, for the people who don't know what the hell they're talking about, some primers. Welcome to A Snob's Guide. 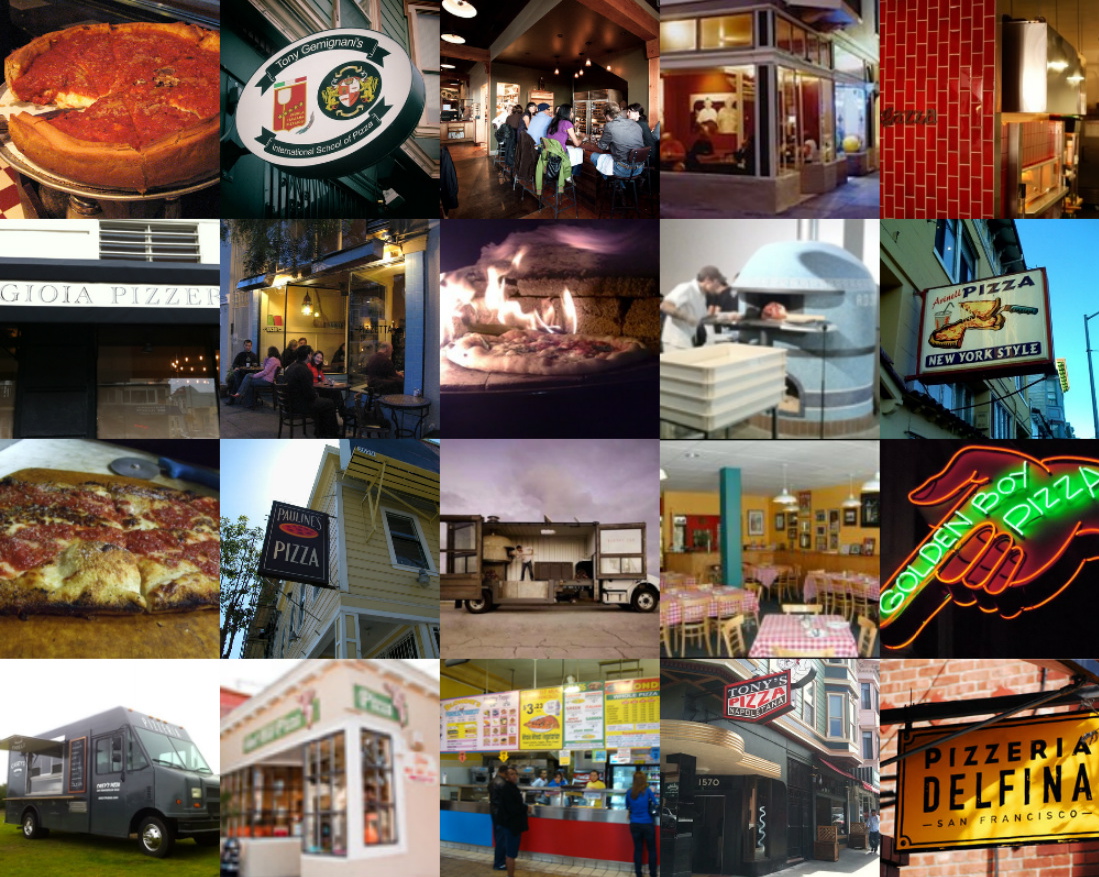 With new dedicated pizzerias and even trucks that have popped up in the last couple of years, San Francisco feels as if it's going through a significant pizza explosion right now. Before this, it was relatively easy to keep up with where the best pies were happening and just point the compass to one of several notable spots, but an actual primer (though it may never be exhaustive enough) has become a helpful way to keep current with what's out there today.

A16: Long-standing Marina Italian restaurant thriving on large doses of Italian-style pizza and one of the best wine programs in the city.

Arinell: Stalwart specialist of the New York style slice definitely has the attitude part down if nothing else. Due to its location amongst the bars and bike lanes of the Mission, bicyclists and the over-served make up a large portion of clientele.

Arizmendi: Sunset and Mission cooperative (and sister businesses to Berkeley's Cheese Board) that offers a daily seasonal pizza to eat immediately or partially bake at home.

Casey's Pizza: San Francisco's first pizza truck, launched in 2011 by Casey Crynes, evolved from an underground cart inspired by The Pizza Hacker to a fully mobile vehicle with a gas-fired oven onboard.

Detroit style: Liberal amounts of Midwestern brick cheese and garlic butter accented with racing stripes of tomato sauce make the foundation for a pizza baked in a rectangular pan. It's served locally at Tony's Pizza Napoletana.

Goat Hill Pizza: Located in both Potrero Hill and SoMa, Goat Hill features the city's most famous all-you-can eat pizza deal for its thin-crusted pies every Monday for $10.95.

Gioia Pizzeria: The San Francisco location of this seven-year-old Berkeley stalwart has sold 3000 pies in its first 18 days of service.

Pauline's Pizza: 26-year-old artisanal pizza pioneer that grows many of its own ingredients in the Mission.

The Pizza Hacker: Jeff Krupman's pizza business started on the street out of a modified Weber grill dubbed the Franken-Weber. His pies—made in the Neapolitan and Tartine bread traditions—can now be found at Vinyl on Thursdays and in Luke's Local's meal box.

Pizza Orgasmica: A mini-chain with three SF locations known to shock neighborhoods more for the color choice of buildings than the "sinful" name.

Pizzetta 211: Small excellent Richmond District cafe with four tables that typically sells out of its changing Neapolitan-style daily selections when they run out of dough.

Stefano Ferrara: Neapolitan maker of the benchmark for wood-fired Italian pizza ovens. His beauts can be found in a number of San Francisco pizzerias: Zero Zero, Mozzeria, Cupola, etc. and aboard the Del Popolo pizza truck.

Una Pizza Napoletana: Cult-followed pizzeria from Anthony Mangieri that relocated from Manhattan to SoMa in 2010, bringing with it a priest to bless the first of the Neapolitan pies to come out of the oven. A line forms to partake in his minimalist pizza only menu each night.

Zante Pizza & Indian Cuisine: An Indian and pizza restaurant under one roof, Zante's beloved "Indian pizza" sprung from the marriage of tandoori toppings and Italian crust.

Zero Zero: Bruce Hill's San Francisco answer to his adored Picco in Larkspur, Zero Zero provides an ode to Neapolitan pies in SoMa, named after the Italian flour used to create the style.