Share All sharing options for: Brenda's Original Po' Boys To Fatten Up Fillmore

The rumors are true. Brenda Buenviaje, of Brenda's French Soul Food fame, will be adding a po' boy shop to the Lower Fillmore's growing restaurant scene. It will be called Brenda's Original Po' Boys, and "these won't be traditional po' boys," according to Buenviaje, who is from New Orleans. The menu will offer 15 of her own unique po' boy creations, a menu she's been dreaming about for quite some time now. It'll be a counter service ordeal, with some outdoor seating, and beer and wine will be served.

Now the thing is, due to some sticky issues with the current tenant, Buenviaje's landlord can't release the exact location yet, so if you have any solid guesses, drop us a line or head to the comments. Buenviaje will pass on the exact address as soon as she's able. For now, know it is a 1500 square foot space, and there will be a six- to eight-seat bar inside, with outdoor sidewalk seating. Even though Brenda's Original Po' Boys probably won't open until January, Buenviaje passed on a menu. Have a look, below. 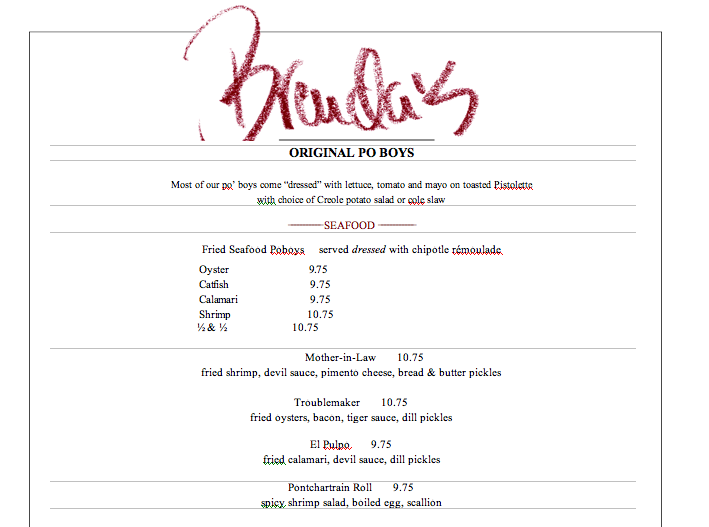 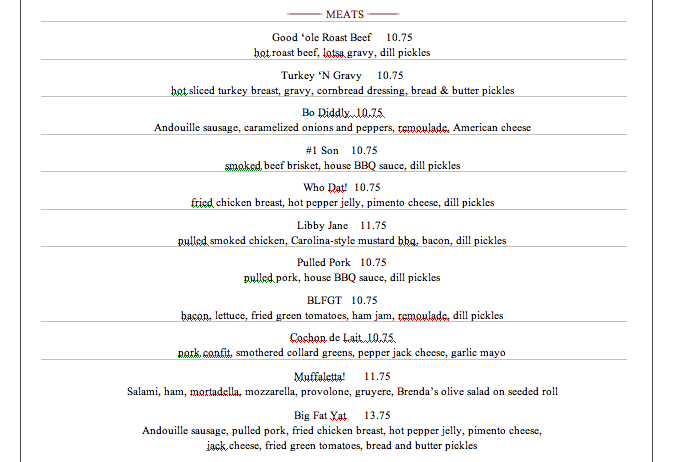 Brenda inside the kitchen at Brenda's on Polk Street. [Photo by Myleen]