Long-awaited restaurants Abbot's Cellar and Rich Table breathed their first restaurant breaths this week, and still there are other newbies to talk about. Here now, a recap. 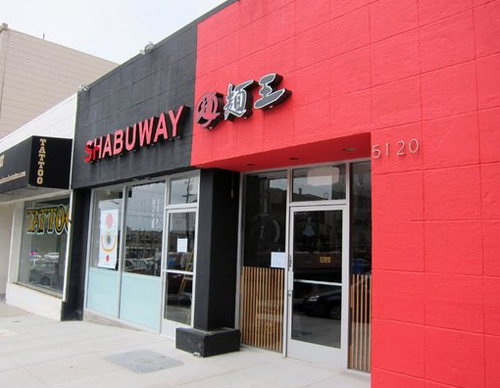 1) Outer Richmond: The second U.S. outpost of Men Oh Tokushima Ramen (5120 Geary) is in soft-open mode, right next to a future location of Shabuway. The Japanese restaurants share an owner, and the early Yelp reviews on the ramen are rather positive. They've got some promotions in the works too, according to Facebook. [Facebook, Hopper]

2) Inner Richmond: The Genki Ramen/Genki Crepes people welcome week-old Camp BBQ to the family. Here, you grill the meats and vegetables to-order before putting them into steamed buns, noodles soup or lettuce wraps. They also have Hershey's s'mores for dessert. [SFoodie]

4) SoMa: A DJ "who's worked with Wu-Tang, E-40, and OutKast" is opening new clubby spot Alibi (142 Minna Street) tomorrow. It looks hotel lobby-ish, per Thrillist, but a menu of items like a Kobe beef burger, Dungeness-truffle mac n' cheese, bottle service and beers on taps prove it's really a restaurant and lounge. [Thrillist]

Have an opening from the week to add to this list? Email sf@eater.com, or add your thoughts to the comments.