The Menus For Shanghai, Opening Tomorrow On Market

Share All sharing options for: The Menus For Shanghai, Opening Tomorrow On Market

Sources say that Shanghai will be opening in the large former Gingerfruit/Pudong/Mecca space on Market Street tomorrow. Building owner and Shanghai native, the 83-year-old Francis Tsai, has completed a more significant remodel of the space this time around, in an attempt to turn things around once and for all. He's added a stone-topped, smaller "island" bar with room for 14 in lieu of the former predominant central bar. His PR also details a "living room style lounge," floor-to-ceiling, "accent curtains," and room for 130 diners total. 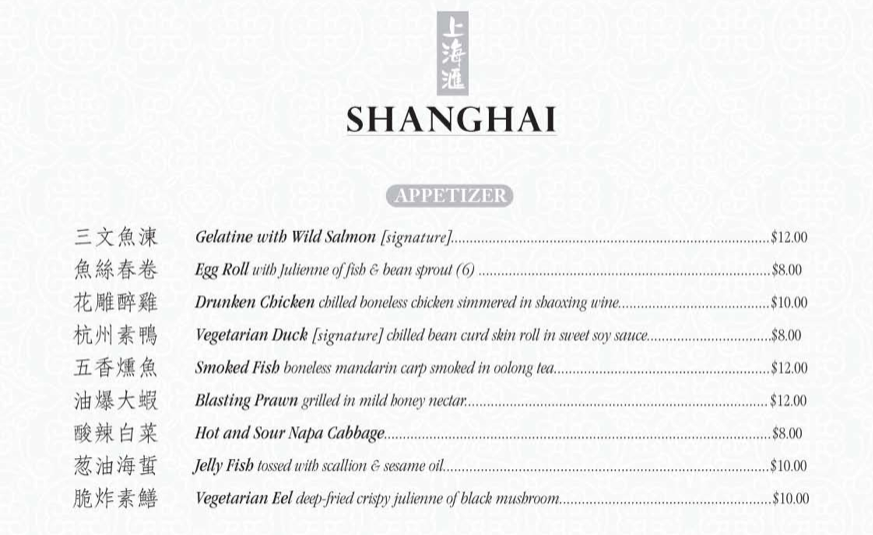 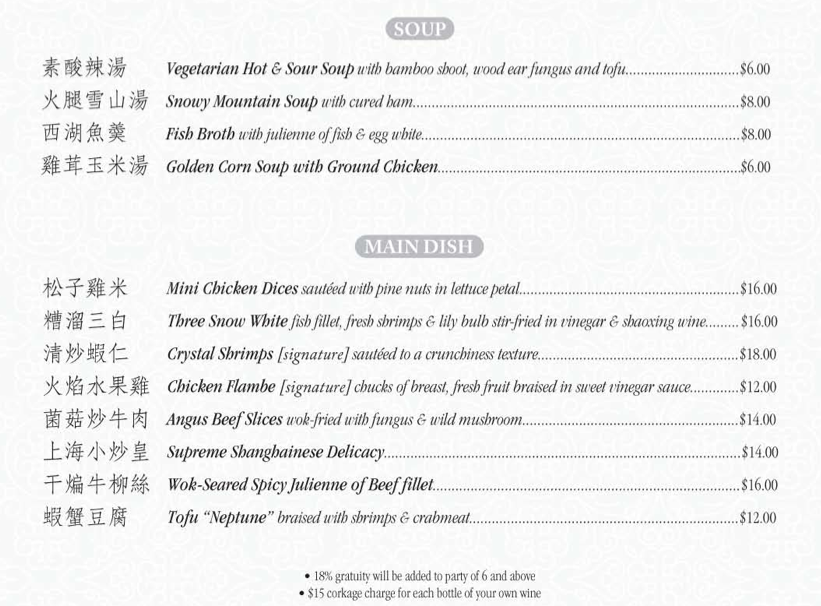 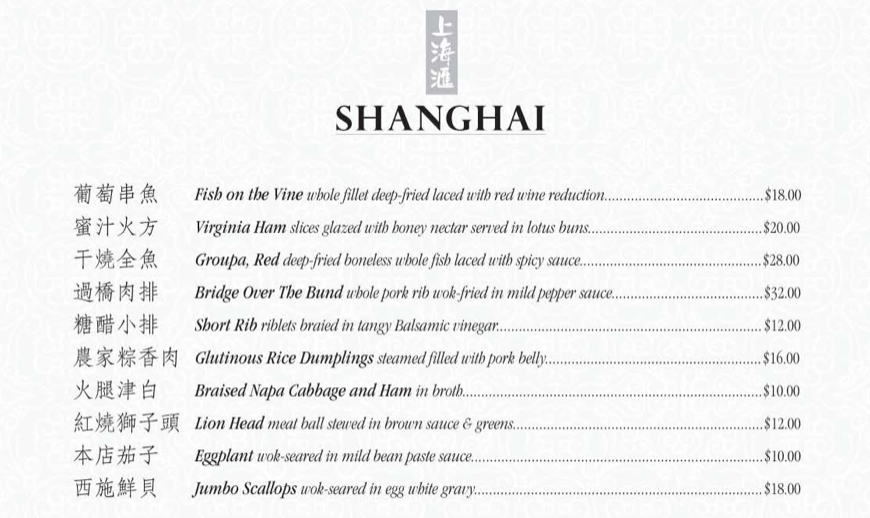 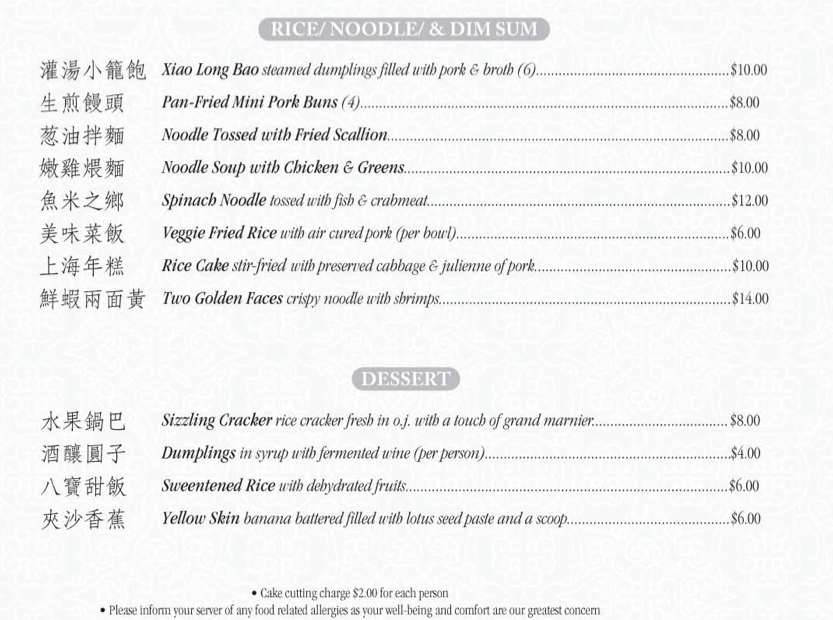 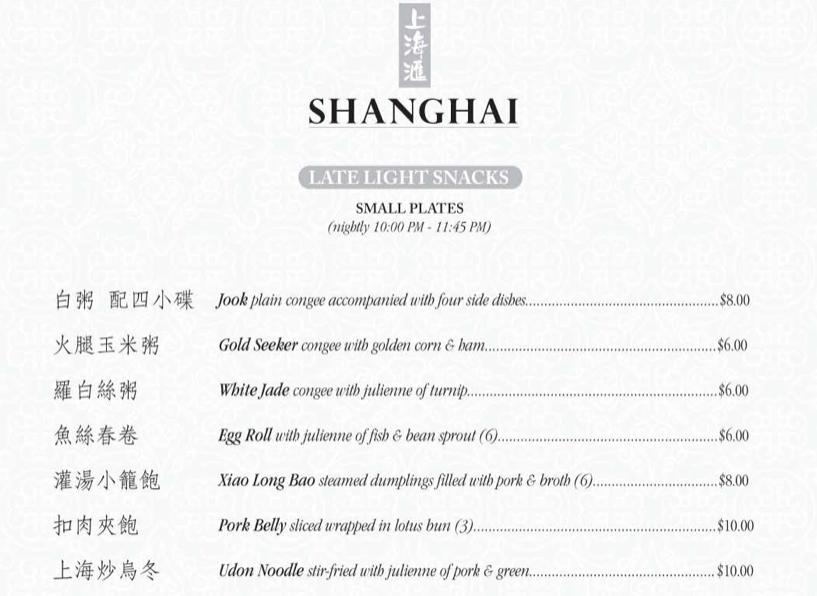 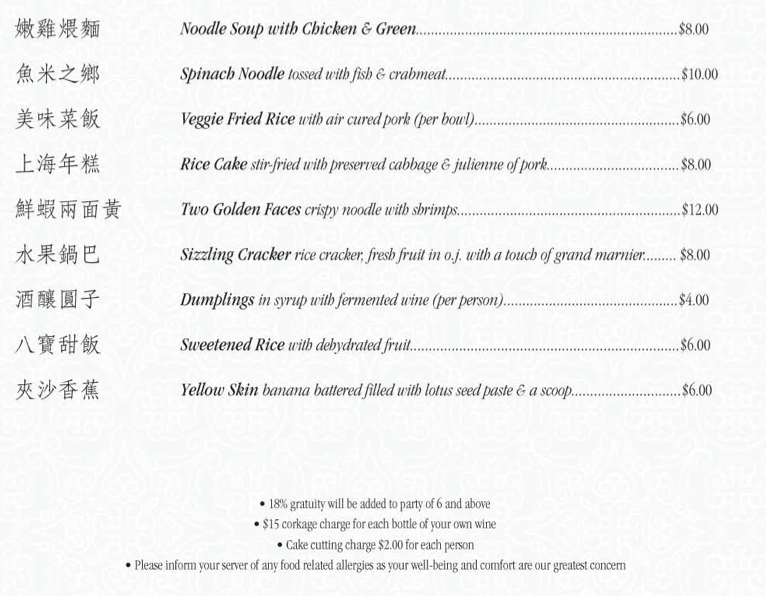