Swan Oyster Depot's Tom Sancimino On Celebrities, Weirdness, And A Fish Market on the 'Edge Of The Earth'

Share All sharing options for: Swan Oyster Depot's Tom Sancimino On Celebrities, Weirdness, And A Fish Market on the 'Edge Of The Earth' 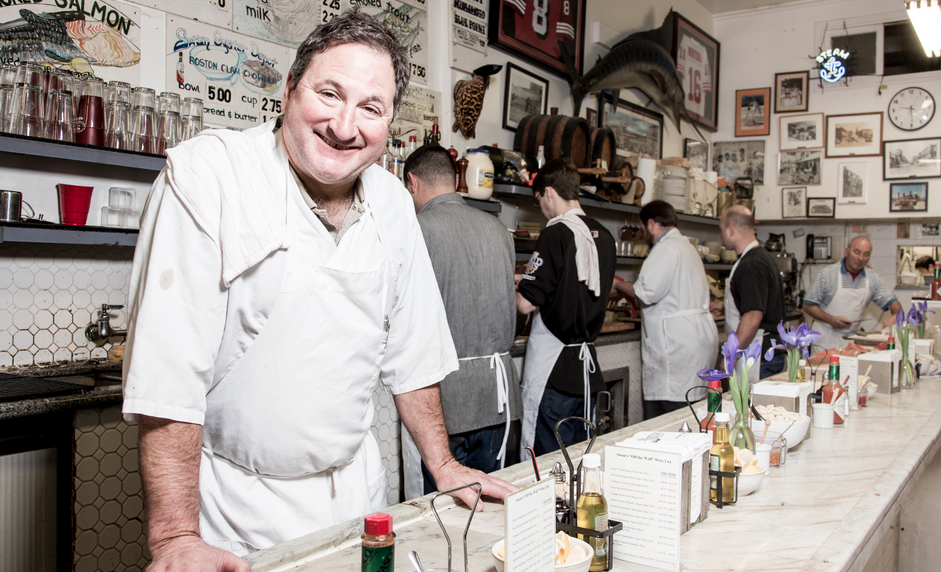 [Photo: Aubrie Pick]
Swan Oyster Depot, the legendary fish market on Polk Street, is seldom without a line. On most days of the week, folks can be seen out front waiting to sit at the counter for the freshest Dungeness crab, oysters, clam chowder, seafood "cocktails," and more. And with over-publicized visits from people like Anthony Bourdain, the lines just get longer.

Quick history lesson: the Depot was opened by four Danish brothers before the turn of the 20th century. That location burnt down in 1906, and quickly resurfaced at its current residence, where it has lived since 1912, and has been owned by the Sancimino family since 1946. Tom Sancimino, who owns and operates the place with his brothers, recently chatted with Eater about his favorite customers, and people who like to strip at the oyster bar.

How long have you worked here? All my life. Do you have a card or something?

No. How do I know you're legitimate?

You'll just have to take my word for it. Oh my God. I gotta make sure you're not with the FBI. 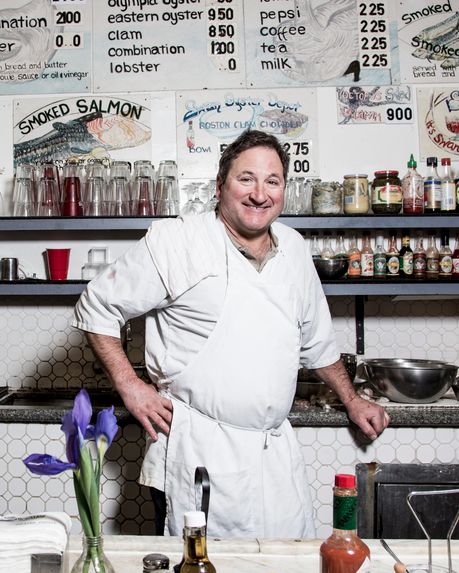 No. I'm not with the FBI. Had to make sure [laughs]. But yeah, I've worked here all my life. My dad owned the store when we were kids and we all grew up working here. That's my brother over there. My other brothers are out right now, but will be back soon.

You guys are known for always having a long line out the door. Sometimes. Right now [9:45 am], we're open for business and people can buy stuff to go, and we open the counter at 10:30 am.

When is it busiest? Fridays and Saturday, generally pretty busy. Lunch time.

What's the longest wait you've seen? Oh God, I don't know. It depends. Sometimes we get real busy and you might wait for an hour or so.

Do you have advice for people to make their wait shorter? Yeah. Buy stuff to go. It's a lot easier. It's the exact same stuff you would get at the counter. That's our business. Traditionally that's what we are. We're a fish market.

Over the years, have you had some outrageous requests from customers? We'll, we had a lady sit at the counter one time eat raw sanddabs. That was entertaining for us. We've had people call up asking for 20 gallons of squid ink. We've had someone strip naked. Sometimes it can cause an uproar. This is Polk Street. There's something weird everyday [laughs]. If that's what you're into. After all, it's San Francisco. It's almost the edge of the Earth.

Do you have favorite customers? Oh God yeah, we've had customers who have been coming in here for generations. We get people bringing their kids in now who are sixth, seventh generation. My dad was waiting on their great-great grandmothers.

Do you do anything special for them? Everybody is special. [Turns to woman entering] Hi Ann! [back to Eater] We try to take care of everybody. Our customers are our best product. The best people we have. How are you Ann? 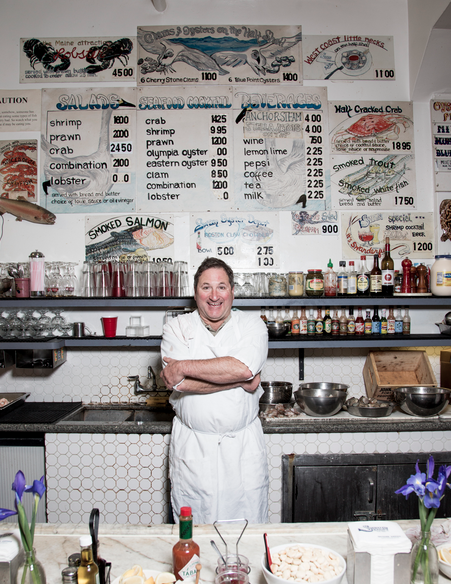 Do people ever make negotiations in line, to try to get to the front? Well, we've had interesting things happen. We had a customer who was in a hurry. It was a Monday. [There was] a Monday night football game and they'd flown out from Denver. The 49ers were playing the Broncos. And this guy had his friends, they were in a limousine, and he wanted to eat right now. There was about six of them, and there was no room to sit down. He wanted to eat right now and go to the game. He said, "If you let me sit down now, I'll buy everybody's lunch and the people behind me." And he did. Everybody opened a hole for him. All six of them ate and ran, and he paid for everybody. He bought lunch for about 16 people, besides the people he was with.

Who was this man? He was a guy. And he charged the whole thing to his father [laughs]. And his father came in and asked 'How many people did he bring?' and we told him the story. And his father said 'oh, ok. I've gotta' get him back.'

Have you seen a lot of celebrities come in? People come in. One of my favorite customers as I kid who I use to wait on was Bing Crosby. He was cool. We had Nick Cage, he would wash dishes when he was a little kid. He would come in with his father and uncle, you know, Francis Ford Coppola. And he would come in and [Coppola would] talk Sicilian with my dad in the back and then he'd have young Nicholas come out and wash dishes. We would put a box out here for him, and he'd wash dishes.

So that was Nick Cage's first job. I would probably say that's it [laughs]. We've had lots of people.

What are some recent ones? Tony Bourdain comes in all the time. I guess he's a celebrity.

Yeah, he's on the television. We used to have, what's her name, but she died. Um, she's in all the Mel Brooks movies. Madeline Kahn! Gene Wilder was here too. Ted Nugent was here. Let's ask Eric, he keeps tabs. Eric's a name dropper. Come on Eric, come up with something.

Never heard of him. We get local stars too. Jefferson Airplane. But, you know. 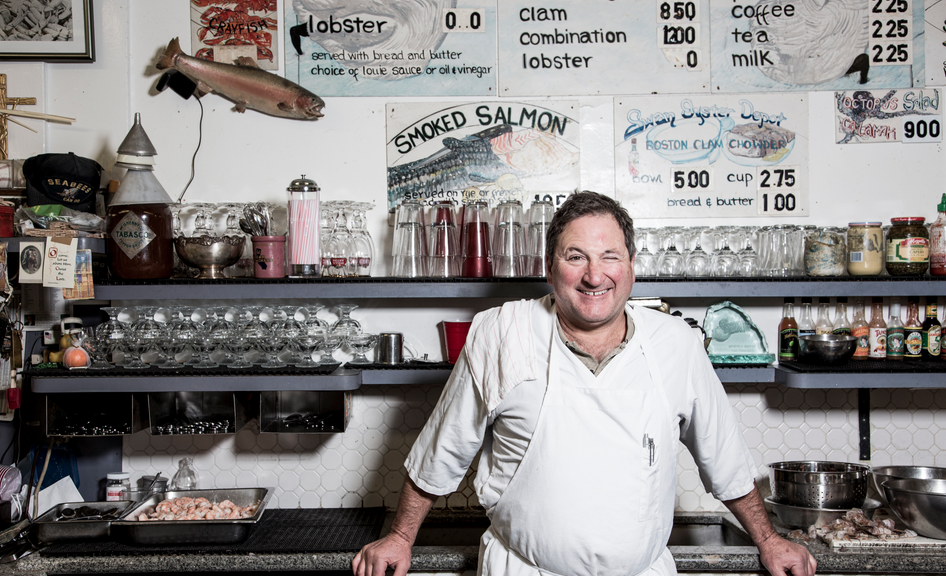 What are your favorite things on the menu? I like a cup of chowder and a combination cocktail. But the smoked salmon is the best. We make beautiful calamari salad. Really, everything is good. Everything's fresh.

What's your favorite part of the job? The people. It's all fun. People and the food.

Next Up In Anthony Bourdain