Share All sharing options for: Tosca's Ken Friedman Talks About the First Week

One Week In is a series wherein we talk to chefs and restaurateurs after their first week in business at a brand new restaurant. 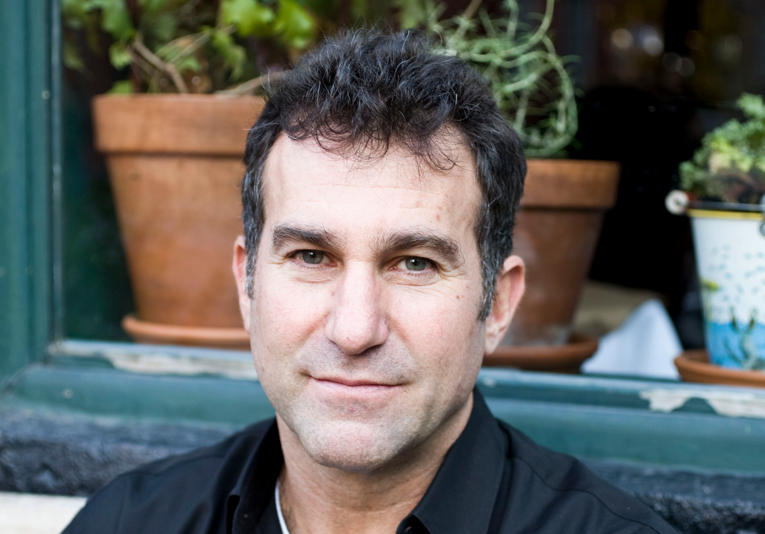 Tosca's been open for a week. How has the first week been for you guys? It's been incredible. It's been kind of what we expected. It's a place that's beloved by everybody, so we had to work that much harder to make it great. Not just good, but great. Because it was great. April [Bloomfield] is one of the best chefs in the world, and she's making great food and it's her chance to go back to the kind of cuisine that she became a great chef cooking, which is Italian food, from back at the River Cafe in London. Everyone that loved Tosca before has been really appreciative that we saved it and didn't turn it into something else. And San Francisco is a really welcoming city. It's not really competitive, or at least we haven't noticed that yet. Chefs and servers and bartenders and back waiters from other restaurants have been coming in every night, and that's great. That's really how The Spotted Pig became what it is today, is with restaurant industry and hotel workers coming late after their places close. That happened day one at Tosca.

Have you heard much from people who are saying, "We loved the old Tosca, and we're upset about these changes"?I think a lot of people came in wanting to say that. But I'm happy to say that they can't. I mean, there have been a couple of regulars who are kind of mean, who came in with a chip on their shoulders like, "Who are they interlopers coming in from out of town and taking over our beloved Tosca?" And even the ones who used to sit at the bar for hours and who really felt entitled because they've been in North Beach for a hundred years, and there are quite a lot of them, I mean honestly they all are saying "I love it, it's great." And they love it because we kept it the same! We didn't really change it. We didn't make it all spiffy and new-looking. We agonized over what to do with the floor, to make it look like the old floor. In the end we just kept the old floor, and filled in some of the holes. And the ceiling, what do we do with the old ceiling that people have been smoking for 90 years, so it has that special patina? And we decided to just keep it the same. What's the point of making it shiny and new? I think a lot of these people that came wanting to be mad at us or take us to task about how we screwed up their favorite place, they can't really say much. All we did was add food, and I think was April did was she wanted to do food that people could've had 40 or 60 years ago. There's no molecular gastronomy, it's not anything really modern. It's just sort of classic. It's homemade pasta and homemade meatballs and classics that could've been on the menu a long time ago.

Have there been particular dishes that people have been loving this week? Meatballs. I mean everybody's just flipping out about the meatballs. It's not on the menu, they are a verbal, so there's kind of a secret, off-menu thing to it. And the chicken for two ? it's really funny how Zuni Cafe is such an iconic place, but everybody that has the chicken compares it to Zuni's chicken and some are saying that it's better than Zuni's. And the bucatini, I mean the pastas are all freshly made, so when I was there last week it was the bucatini that everyone was talking about.

What have you been eating? Well, I sort of grab a meatball whenever April's not looking. I'm lucky, I get to taste everything and April asks me what I think. And I've never in 10 years said anything but "This is great." I mean, she's my favorite chef. And I'm lucky enough to be her partner. But the meatballs, I just ? I literally dream about them.

How is April feeling about this week? She's feeling great. She saying the same stuff I'm saying, about how welcoming everybody is, and about how without us really trying all these restaurant people have been coming late at night. When you look around at midnight, half the room is restaurant people whose places close at 10:30 or 11 at night. So she's really happy about that. Because restaurants in general and cooks specifically are a fraternity, they're a group of people that all know each other or want to know each other, and speak the same language. It's fun for a chef like April, or Josh [Even] the head chef, or Joyce or Katie the other sous chefs, to be able to send over some stuff to chefs they've never met before but cook at some of the spots that they emulate or respect. It's a nice thing. So April is feeling great, she says it's amazing how everyone in San Francisco is so welcoming. It feels like the Midwest or something. We almost expect people to come over with some cherry pie to say welcome to the neighborhood. But instead what they bring is a bottle of bourbon, which doesn't help the next morning. But it's a nice gesture.

How is opening a restaurant in San Francisco different from opening a spot in New York? There's good and bad things. In terms of getting the renovations done here, the workers are done at five and they want to go home and barbecue, or go hiking, or go biking, whatever they do. In New York if you throw someone fifty bucks they'll stay 'til midnight to finish the job. In San Francisco the lifestyle is such that people just kind of want to finish, they want to go home, and they don't even consider working weekends. They look at you like you have two heads when you say, can you guys come in Saturday and Sunday. It's sort of like Europe, like, "Work in August? Are you crazy?" So it took a bit longer than we wanted it to because people didn't want to come in and work late and work weekends. And the permitting process is tricky in San Francisco, because North Beach as a whole and Tosca in particular is such a landmark, that they really want to know over and over again, "What are you going to do? You're not going to change the way the front looks, you're not going to change this or that." I think people just didn't believe us when we said, "Trust us, we're not going to change anything. We're going to keep it looking the same." And I think in San Francisco there's a really strong interest amongst city officials in preserving special iconic places, and Tosca is right at the top of that list.

Have you have any surprises since opening? I was pretty surprised opening night to be sitting with Mayor Ed Lee, former mayor Willie Brown, and Joe Montana. So that was pretty incredible. What that says to me and April is two things: San Francisco is a pretty small town, and this is a pretty big deal that we're reopening this iconic place. Another thing I'm surprised about is that people gave us advice about Broadway on weekends, you know, saying it's going to be so crazy and you'll need security at the door. And that's just not really our style, so we didn't do that. And it was fine. There weren't a bunch of drunk people coming in and wanting to drink Jagermeister. People were really respectful. And we love the fact that it's a busy area where there's lots of people running around, that's actually a nice thing.

How are you feeling about the neighborhood in general? It's fun to be in North Beach, because it's a really great old historic neighborhood and then you can also feel that there's something happening here. There's new restauranteurs coming in. The Bourbon & Branch guys are moving in next store, which is really exciting. It feels kind of like how Williamsburg felt five or six years ago, or like Greenpoint has felt the last couple years, like a really great historic neighborhood that's starting to explode with younger, newer restauranteurs coming in.

Have you had any big hurdles this week? One hurdle was that we opened last week, which was one of the hottest weeks of the year, and it was boiling hot in there. And people kept saying to us, "You don't need air conditioning, it's San Francisco." So we didn't have air conditioning in. But if you think about Tosca, they didn't have a kitchen before, and kitchens give off a lot of heat. They didn't burn candles before, and candles give off a lot of heat. Isaac [Shumway] our bar manager, who came from Bourbon & Branch and The Alembic, he has about four or five ice machines, and they give off all kinds of heat. So we had to quickly scramble and get an air conditioner in there.

Have any big names come in this week? At the Spotted Pig we have a philosophy where we just never name names, we don't want to be that kind of place where we tell you who came in, and what they ordered, and who they sat with and was it his wife or not. And because of that the Spotted Pig has remained a place where celebs or people that are well-known feel like they can come and we're not going to sell them out. So I kind of don't want to start naming names and bragging about who's coming in, because that just seems tacky to me. And the other thing is that the real VIPs at Tosca are the people who live in the neighborhood, who were regulars and hopefully will still be regulars. And April will certainly mention chefs and restaurant workers as well. After everyone else is home in bed, it's the cooks and the bartenders and the restaurant workers who'll be eating dinner at 1am. They're the ones who are really going to keep us afloat, so they're the real VIPs.