Do you remember your first cocktail? I was 18 and I was in Mexico. It was like a senior trip on a cruise ship for spring break, and they served us Black Russians. And it was so peculiar to me. 'We're in Mexico, where's the tequila? None of this makes sense!" I thought it was fantastic actually. We all drank illegally but it was usually something terrible and citrusy and fruity when we did try to concoct something in high school, or shots out of a bottle. I think Bacardi and Captain Morgan both played a role in turning me off to consuming terrible cocktails.

How did you first get involved in the cocktail scene? It's funny, it actually dates back through my entire life. I was always desperately interested to know more. My parents owned a bar when I was little, and I would always find myself really interested in what was behind the labels, and why you use this spirit for this cocktail, etc. And when I moved to San Francisco it was suddenly cool again to drink and make and promote cocktails that were old style, Prohibition-era drinks, and that's what our family knew.

So what's your favorite cocktail now? If I know the bartender or know the place, I'll usually order something off their specialty cocktail list, because the bar staff play a role in constructing that menu, and they spend a lot of time on it so usually I'll order something off that to give them credit. My go-to is usually a Manhattan on the rocks. You can't really screw that up ... I mean, I guess you can! You really can. If I'm making a drink for myself I make old fashioneds with maple syrup.

Are you a "mixologist"? How do you feel about that term? I think it was an extremely intriguing way to sort of highlight the craft cocktail scene when it was coming about several years ago. It created interest in the bartending scene, but it's gone through a roller coaster ride of ups and downs. The craft cocktail scene did go through some sort of pretentious flavor, where bartenders were utilizing their skills and it came off in a snobby manner, but I think we're coming away from that. I think 'mixologist' was useful in the beginning, but now it kind of makes more of us cringe. We're bartenders and what we do is create craft cocktails.

What do you think is kind of underrated on the cocktail scene right now? Obviously mescal is getting a big push, and that's great, but I'd love to see more pisco. What I'd like to see happen is that pisco gets the limelight. Pisco punch originated in San Francisco, and in Peru pisco is what cognac is to France. It's extremely drinkable and versatile, you can use it in a spirit- or citrus-forward cocktail, so I would love if bartenders got their hands on pisco and pushed that.

If you're starting the trend, what drink are you going to make with pisco? I think pisco could be switched out for vodka anytime. Pisco is very light and bright and floral, so you can use it in place of vodka or even sub for gin if you wanted to go in a different direction. Just have the bartender swap something out for pisco and see where that takes you. I think it would expand things and break open a totally different category. 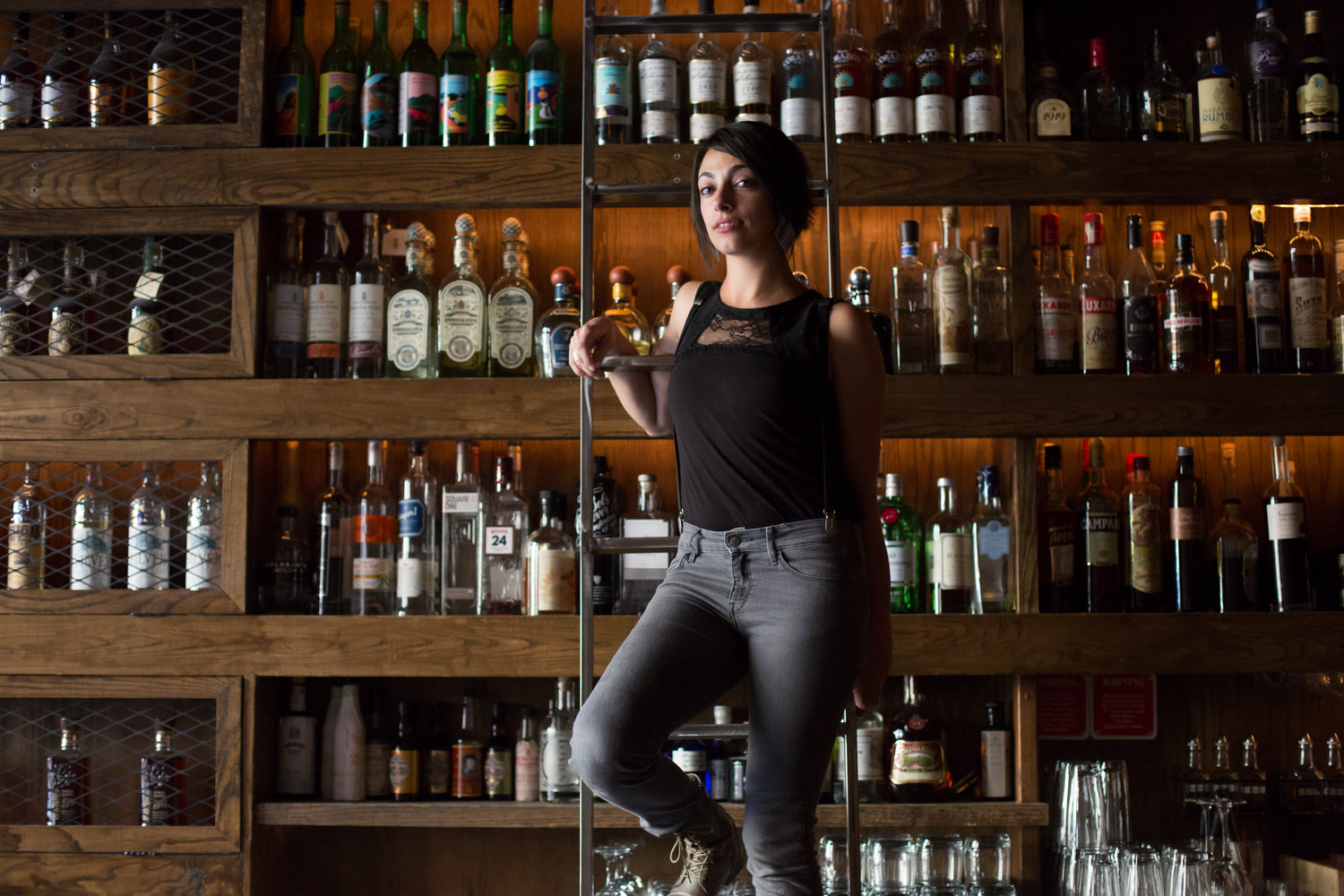 What's your take on the current San Francisco craft cocktail culture? I love exploring history of the cocktail, and I think it's headed in a direction that expands those historical cocktails even further. It's important to know where that cocktail comes from, because you can't know where you're going otherwise. I was always very careful to learn how to master the original before moving on to create something new. And we're interested in educating the general population. This is what we do, this is our job. The consumers trust us more and more, they come in and they're like 'Hey, for years I've ordered Makers on the rocks. What else can I try that I might like, because you know the flavor profile and I'm trusting you to lead me in the right direction.' I've seen that more and more, which is great that they're trusting us. I'd like to say that the connection is becoming more and more evolved between the craft bartender and the customer. I think bartenders are realizing how to approach customers.

How do you treat that situation? If someone came into a bar, way back in the 80s and 90s, taste was less relevant. As a society we tended more towards vodka. But vodka doesn't add anything to the cocktail itself. Whereas if you add gin, it's essentially infused vodka but meant to add taste to the cocktail. So if someone comes in and is used to ordering something with vodka that's citrus-based, I try to get them to try it with gin. I've had a 99 percent success rate. The only person to send back a drink was my mother. So I've developed a certain way of sort of directing customers to try something new without fear. It's not about sales, it's more about expanding their palate. I'd like to think that's what bartenders now are doing, and I guess historically at this point we have made an impact. I especially like to do that with woman. Rickhouse is whiskey-focused, and sometimes all the guys are ordering and the girl doesn't know quite what to order. But women are becoming more aware and more interested. They feel confident saying, "Look, I really want to try something, where do I start." If you know where you want to go, you have to learn how to ask how to get there. And if you want to start drinking something new, you have to learn how to ask.

Any bar etiquette don'ts? I really wish I could utilize my writing skills to write a book on this. Bad bar etiquette is terrible. You get to Friday night and all hell breaks loose. The negative side of things is that politeness and manners are like a lost tradition. Look, we're people too, you can talk to us in conversational manner, we're not just a drink machine. But my number one pet peeve is someone reaching for a garnish when bartenders keep their fruit bowls in plain view. People go for them and grab them. How would you like it if I used one of those garnishes that someone else had their hands in? I can't wrap my head around how someone feels it's okay. I would love for every person to work in the service industry at some point in their life, like in order to graduate high school, you have to do it. It comes straight down to having empathy for that person. If you've done it, you've had people yelling at you, you've had to multitask, you might just be making your cocktails but you're thinking about twenty other things, what order people came up to the bar, whose tabs you need to add to and close, if you're running out of simple syrup. If you've worked in the service industry you understand that.

Favorite bars around town for when you're not working? If I'm showing someone around it would be North Beach during the week. Comstock [Saloon] is probably one of my top three favorite bars ever. I just love going there. I love the people who work there, the atmosphere, the theme. Oh my gosh, it's such a happy place. But then if I'm branching out I also want to show them Specs across the street, or Vesuvio. I've always loved Bloodhound, it's a good all-around bar whether you're going by yourself, or a couple other people or a huge group. And Tradition is still one of my favorite bars to go to.

What does a killer day look like for you? My biggest reward is when I've taught something to somebody. That's the biggest satisfaction. Your joys become theirs, what makes you happy becomes theirs. I love when people tell me 'Oh my god, that was a great experience.'