As Cocktail Week 2013 continues, we caught up with the latest badass bartender in our Ladies of Liquor series, Kate Bolton of Maven. A 2012 Chronicle Bar Star and Eater Bartender of the Year, Kate knows a thing or two about cocktails (if you look hard enough, you can spot her Eater Award, a magnificent can of tomatoes, behind Maven's bar). We sat down to talk changes in the cocktail scene, the problem with vodka, and advice for newbies.

How did you get into all this? I always worked in the restaurant industry. It started out as something I did in the meantime while I was figuring out my life, and then became just what I do. There's a reason that I've never left the restaurant industry. I was working at a restaurant called Cortez that closed due to the economy, and then I got thrown immediately into being the one and only bartender at a restaurant called Wexler's, where the program was set up to have two specialty cocktails every night. So I got thrown into creating cocktails for the first time without having very much practice. At that same time, I remember going to Rickhouse and having a Remember the Maine for the first time, made by Erick Castro. It was this eye-opening moment of 'There's a whole tradition and history here, beyond just the fun of working in a bar.' There's a lot to it. And I fell in love at that point, and decided that if I was going to do this, I was going to dive in headfirst.

What's your favorite drink that you personally like to drink or make for yourself? If I make a drink at home, it's probably an old fashioned. I keep it really simple at home. At work everything is jiggered and precise, but at home I just do a dash of this and a dash of that. If I go out for an evening, I'll usually actually just order a sparkling wine, but if I go to a place that bartenders that are legit, then I'll definitely sample the cocktail list. If I go out with my coworkers after work, it's usually just a shot and a beer.

What are some of your favorite bars to go out to in the city? I feel like because I work at night so much, I keep it pretty local. I work 5-6 nights a week, so if I get off at midnight, Churchill, or Brass Tacks are pretty close, or I'll just go next door to Molotov's.

Is there any ingredient or trend that you think is kind of overrated? There was a time, and I think we're coming to the end of it, where people really just tried to be as different as possible. They were trying to choose the most esoteric ingredients they could find to stand out in a city that's very competitive, and I think the time for that is over. I feel like things are kind of taking a turn. I keep my menu here very seasonal, but everything is pretty much a one-off of a classic. So while I might have the Fireside cocktail, which has a syrup that uses chestnuts and apples and winter spices, the cocktail itself is really like a whiskey sour. It's a return to simplicity and to the classics instead of trying to be as off-the-wall as you possibly can.

In terms of the general San Francisco cocktail scene, what's your perspective on where it's been and where it's going? When I first moved to this city, even though I had bartending experience in a Top 100 restaurant in the Bay Area and did high volume and all of that, I couldn't get a job. No one would put me behind a bar—they would only offer me waitressing positions. You just didn't see female bartenders. Finally, I got to do split serving and bartending shifts. Now I feel like I get a phone call every week asking if I know of any female bartenders because people really want a girl behind the bar. That's a hot commodity now. So that's been an interesting thing to watch. As far as just the industry itself, about seven or eight years ago there was kind of the emergence of the asshole bartender, who looks down his nose at you if you order a vodka soda and has a very hoity-toity attitude. Now I feel like it's progressed to where the importance is back on customer service. Everything else doesn't matter, as long as your customer is happy and having a good time. With so many great bars and great cocktail programs now, you have to hit at all levels. You have to hit excellence not only in what you're producing, but also in service.

Any bar patron pet peeves? I hadn't really realized that I had a pet peeve beside the normal stuff, you know: waving your money, slamming an empty glass down. But something that really bugs me is when someone walks up to the bar and I say, 'How are you?' and they just start calling out drinks. That's kind of hard to take. You don't have to ask how I am, but just answer. Settle in. And then I'll make ten drinks for you and all your friends. But have that common courtesy, that we're about to have an interaction. 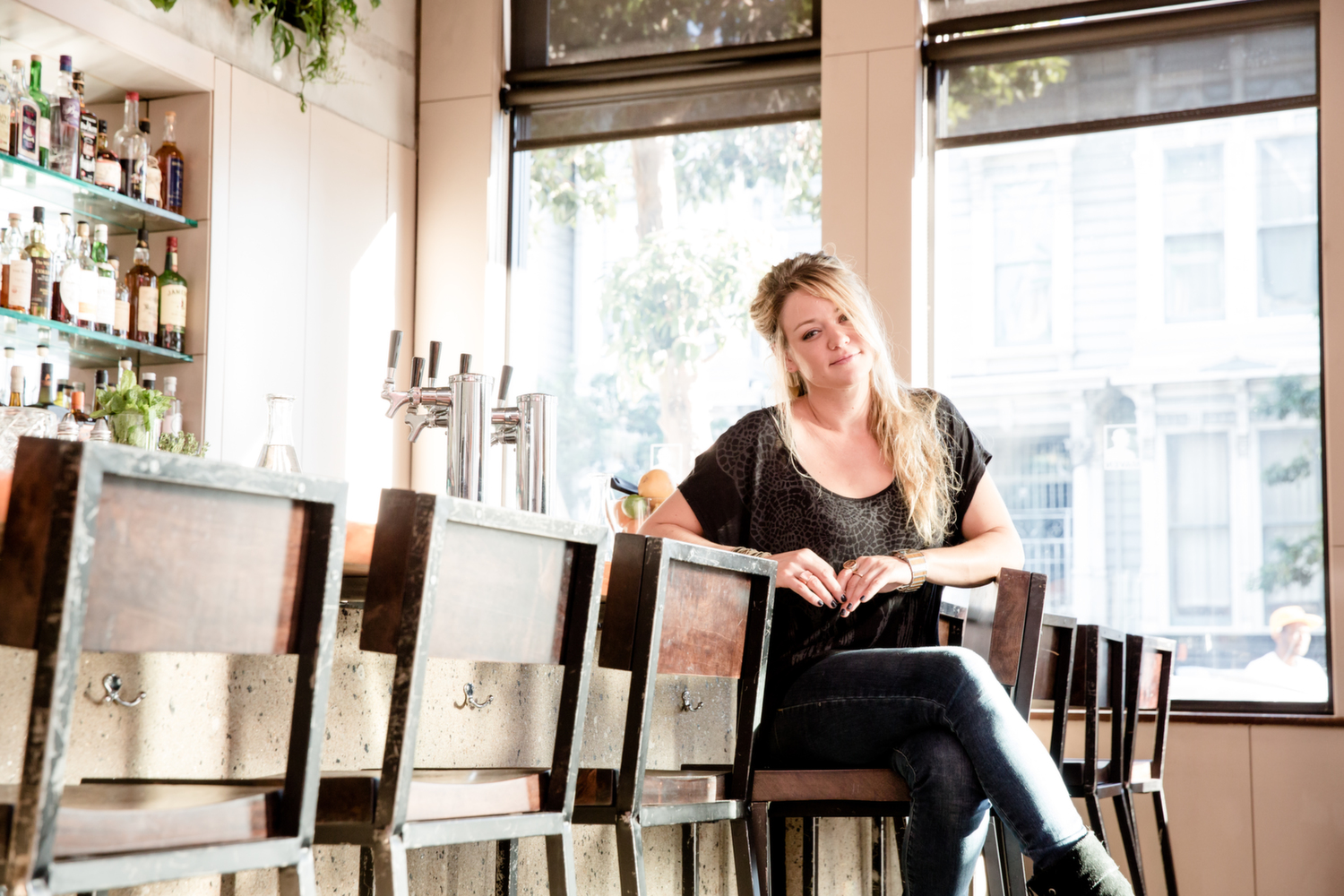 What sort of things inspire you when you're thinking up your next drink? The program here is quite unique, in that the cocktails are based on what the chef [Isaac Miller] is serving. My whole menu is paired. It's not about me just coming up with a good drink, it's about looking at the flavors that he's using and how can I complement or balance them. That's the driving force. It's kind of the same way you think about pairing wines. For a lighter fish dish, I'd be thinking about pisco or gin, or maybe a lighter style of brandy. I don't really use vodka. It's sort of fallen out of fashion with the bartenders in major cities, because we're all kind of snobby. For me, when I'm making a cocktail I want to choose ingredients that lend something to the cocktail's flavors. Vodka is meant to be odorless, flavorless, colorless. It's not contributing, it's just there.

Any trends that you see coming in the future? One of the biggest problems that cocktail bars face is speed and efficiency. So we have all these great cocktails that are well-made, with ingredients that have integrity, and all of that is well and good. But what really matters at the end of the day is getting your cocktail into the hands of the customer. How long does that take? A lot of bars, especially a couple years ago, had people waiting 15 or 18 minutes to get a drink. That's too long for most people. At Novela, the other bar program I helped create, we put six punches on draft, and even here, we pre-batch a lot of the components so that when a cocktail is ordered, you're picking up two bottles instead of five. I think that's a big challenge now. You have the customer service, you have the great drinks, but now you want it to be faster.

What advice would you have for someone who is young and starting out in the business? Normally I tell my bartenders to take their time and to have patience, and to be humble. Humility is this industry is like gold. I run across a lot of bartenders that are just chomping at the bit. I'm really lucky to have gotten the accolades that I've received, and people see that, and they want that notoriety. And I try to say that it'll come with time, it's not about the destination. Slow down. You earn respect over time. Just let the process happen.