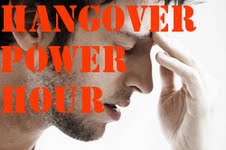 Like a hangover, there are some things you just wish would go away. We talked to a cohort of leading San Francisco bartenders to find out what cocktail trends they'd like to see make a hasty exit from the bar scene. The consensus: attitude and vodka are definitely out of fashion.

Justin Goo, Alexander's Steakhouse: "Appletinis. It's not a martini, it's a cocktail served in a V-shaped glass. We do have apple syrup that we make in-house from apples. Of course we want to make the guest happy, but it just doesn't taste or look like the bright green fake Appletinis. The Appletini fad was from the '90s. Get over it, folks—order a delicious craft cocktail. There are so many of them in San Francisco."

Jeffrey Crolius, Big 4: "The Cosmo is something that was really popular that's really gone now. People are still ordering vodka martinis, though. Some people want to hang on to them because they know they can drink vodka."

Dan Chavez Stahl, Rickhouse: "As far as cocktail trends go, there are none that I'm over or have any issues with. If this was a matter of service trends, I would say that I'm over the silent treatment some bartenders give. Times when there are no smiles or greetings or thank yous, but only 'What do you want' and how much money is owed."

Anthony Antonaros, Bourbon & Branch: "Too many ingredients. You don't need as many syrups, juices and bitters. It's a step past where things need to be. There's a reason the Manhattan and Old Fashioned have two to three ingredients. They're classics."

Erik Adkins, Slanted Door Group: "I would like to see less bars that serve drinks only to impress other bartenders. We need to include all of the drinking public in the resurgence of the American cocktail. There are too many bars that serve cocktails with esoteric ingredients that are not meant to be enjoyed by non-cocktail geeks."

Jason Huffman, Roka Akor: "I'd say vodka is on the decline. We are seeing more people asking for gin and whiskey—not as many fruity cocktails. People are starting to like gin and botanical-blended cocktails more than vodka, which is like a blank canvas. It's more about the spirit than syrups and juices."

Andrea Minoo, WISH Bar & Lounge: "I'm over bars that refuse to carry basic items because they aren't cool enough. We always say we're in the business of customer service, but [they] say no to basic requests AND give you attitude about ordering something they don't carry. I understand a lot of it, and sure, we can make our choice of what to carry, but be nice about it. I'm a tequila and beer girl, so I don't have this problem, but I hear it a lot over the bar."

Nicole Kosta, Brasserie S&P: "Although a nice spirit, vodka's lack of taste and versatility to mix with fun ingredients compared to gin, make it a less desirable spirit for mixologists to experiment with and create attractive cocktails."

What are your most-hated trends in the cocktail world? Tell us in the comments.