The Top Newcomers of 2013, Chosen by Friends of Eater

Share All sharing options for: The Top Newcomers of 2013, Chosen by Friends of Eater 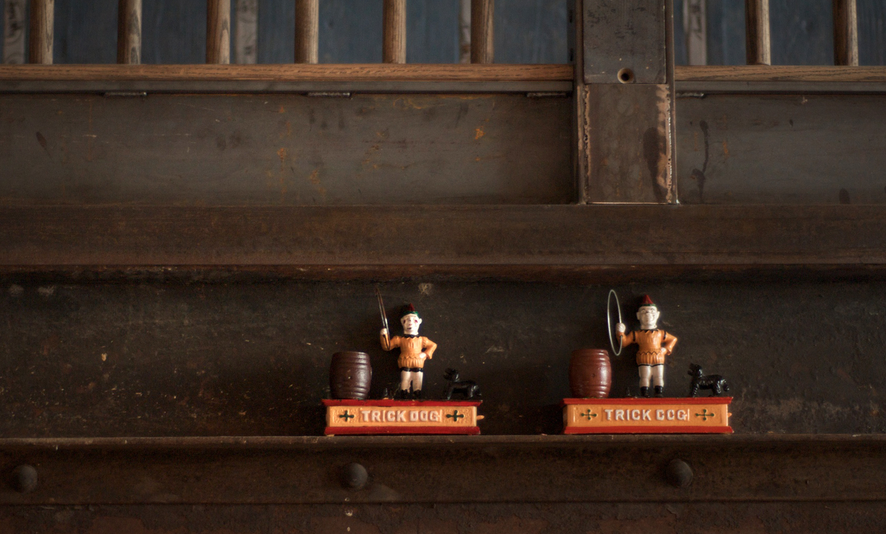 Anna Roth, SF Weekly: Trick Dog. I thought it was going to be a precious mixology bar, almost a parody of itself, but then it turned out the drinks and food were really good. I haven't gone there and not had my mind blown in some way, and I love the atmosphere in the early evening, before it gets packed. Plus the new record-album menu is so cool, even if it's not especially practical.

Jay Barmann, SFist/7x7: It's a toss-up between Tosca and 1760, but I think it goes to Tosca just for getting so many things right, and creating an even cooler environment out of a place that was already pretty cool.

Jonathan Kauffman, Tasting Table: I think Farmshop in Larkspur is one of the best restaurants to open this year, but you probably won't see it on that many best-of lists because it's a) in Larkspur and b) in a shopping plaza. After that, I'd have to say I'm fondest of Juhu Beach Club, Maruya, TBD, and Sir & Star in Olema.

Tamara Palmer, Zagat: In a year of impressive debuts, I was quite taken with the food and design of Roka Akor.

Andrew Dalton, SFist: Ziryab, on Divisadero, is not technically a newcomer, but it underwent a perfectly executed transformation from mediocre neighborhood take-out spot to viable dining destination. I think they had two bottles of booze — one clear and one brown — before the remodel, and now they're a real cocktail bar on an already great block. People fret about mom-and-pop shops surviving during a wave of craft cocktails, but Ziryab should be an example of how to make that work.

Brock Keeling, SFist: Your mother. Ha. But seriously, I enjoyed The Cavalier (can't beat a Scotch egg under a dead deer mounted to the wall) and La Urbana.

Amy Sherman, Cooking with Amy: So many new places! I didn't make it to half the new places that opened this year. Fog City, perhaps?

Mary Polizzotti, 7x7: 1760 (every dish was tasty and it has amazing people-watching from the communal table), though I was also impressed with Mikkeller Bar (Belgian tripels on draft? Say no more).

Sarah Sung, UrbanDaddy: Tosca—if it qualifies as a newcomer given that it was old, but is now revamped and essentially new. Before the April Bloomfield takeover, I never imagined eating there, obviously!

Marcia Gagliardi, Tablehopper: I have to hand it to the new Tosca team for taking over those revered digs with grace and respect.

Lauren Sloss, Serious Eats: Tosca. Those meatballs might be pricey, but I'd be happy eating and drinking there nightly. Oh, and Trick Dog. I'm bad with favorites, and that's easily my top choice for cocktails and snacks in the city.

Carolyn Alburger, Zagat and San Francisco magazine: Sho Kamio's new solo project, Iyasare in Berkeley. He spins serious izakaya fare in a playful direction. The dressed-up okonomiyaki and the silky, meaty black-and-white eggplant are not to be missed. Get Ale Industries' Golden State of Mind, served on tap, to go with it.