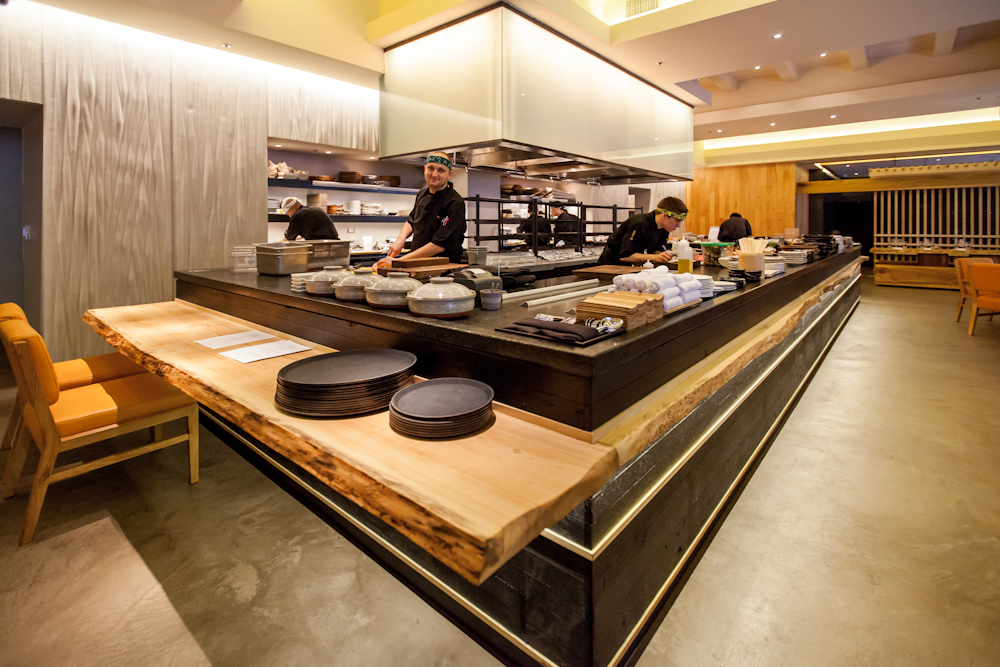 Q: What was your restaurant standby in 2013?

Carolyn Alburger, Zagat and San Francisco magazine: I kept returning to Roka Akor for several reasons. It's very close to the San Francisco magazine offices, but more importantly, the menu and the streamlined blonde-wood vibe of the place is well-suited to many occasions. I popped in for a melt-in-your-mouth all-nigiri lunch made by executive sushi chef Mike Lim, or met up with friends for an izakaya-style dinner, propelled by stiff cocktails and juicy charred meats. The shareable dessert platter, full of semifreddos, seasonal ice creams, and mousses, makes it feel like you're celebrating even if it's just a random Tuesday.

Anna Roth, SF Weekly: Soup Junkie in the Financial District. It's right around the corner from the newsroom, and I stop in there least once a week for flawless Vietnamese crab-and-tomato soup, beef pho, and five-spice chicken banh mi. It's my go-to cure for a cold, a hangover, or a bad morning.

Brock Keeling, SFist: Nob Hill Grille. That's right, "grille" with an "e." It's like they're letting you know in advance that the fries are truffled. The compact corner joint, with a stable menu boasting a choice burger, is the classic definition of a neighborhood restaurant. Sorry it's not as glamorous/popular/craft-cocktail-y as places in the past.

Amy Sherman, Cooking with Amy: 1760. It's as good as a neighborhood spot for drinks and a bite as it is for a casual dinner date. It offers surprisingly inventive and thoroughly satisfying food. So let's all agree to stop comparing it to Acquerello in 2014.

Mary Polizzotti, 7x7: Overall, I'd say Serpentine, which is always delectable (and their Brussels sprouts have crack in them). For pizza, Ragazza (the kale salad followed by the Moto OMFG, and nice work on the back patio); for Mexican, Nopalito (the cocktails! Everything on the menu! The affordable prices! The cookie at the end!); and for sushi, Ryoko (it's been my standby for years).

Maggie Hoffman, Serious Eats: Drinks: For inspiring feasts, Bar Tartine. Their constant reinvention of the menu and constant deliciousness gets me every time. But it's essential to have other spots, too: La Ciccia for pasta and a feeling of escaping to Sardinia, plus the most lovely restaurateurs of all time; Dear Mom for a burger and a beer; Old Mandarin Islamic for an adventurous crowd.

Jay Barmann, SFist/7x7: Same as last year: it comes down to Bar Tartine and Frances. Each serves a different mood, but they're both moods that I get into pretty often. Frances is where it's awesome to snag a 6 p.m. seat at the bar with a friend on a Sunday and have some panisse frites and some perfect, intensely layered soup. Bar Tartine is for friends in town, or weeknight meals at the bar, with a pile of smoked potatoes, pickles, a crazy salad with twelve ingredients, and whatever version of chicken they're doing that month. Also: Monday nights are for Kasa Indian.

Sarah Sung, UrbanDaddy: Dinner: Nojo—I always get the trout (among other favorites), but everything else is so good and fresh. Since it's izakaya-style, you can order tons of small plates and sample lots of different things. It's nice and low-key, doesn't require reservations, nor is there ever a long wait.
Lunch: Tacko—They use quality ingredients and can be healthy, as far as burritos go. But you can also go over the top with the one called the California, that's made with fries inside. I get the Mexican with guacamole and chicken. Also, it's about as far as I'll walk for lunch, so convenience is key.
Brunch: Out the Door—Kind of a hidden gem, as far as brunch goes. You rarely have to wait for a table. I start with some buns, then do the five-spice chicken with an egg on top. Sometimes for dessert, I'll get French toast or something sweet. There are tons of options that wouldn't seem to pair, but somehow come together nicely.

Marcia Gagliardi, Tablehopper: My dining M.O. doesn't really let me have a standby, but I'd love to eat at SPQR all the damn time. And ICHI Sushi. Merigan is quickly becoming a bad habit.

Andrew Dalton, SFist: It's a three-way tie between Nopa, Popeye's and Wesburger Wednesdays at Mojo. They're all within half a block of each other, so that probably says something about how far I'm willing to walk for sustenance. It's baffling that Nopa was the only place on Divis doing late-night food for so long.

Virginia Miller, The Perfect Spot: I continue to fall in love with restaurants I loved 12 years ago when first moving here, places that have remained great. Café Jacqueline is a rare treasure and continues to be the site of a number of life celebrations - we are lucky to have Jacqueline still in the kitchen churning out those perfect soufflés for decades. After all these years, what Roger serves at Zushi Puzzle's sushi bar remains more fascinating and unusual (flying fish, pencil fish, four kinds of salmon, etc.) than at any sushi restaurant I've been to around the country. Over a decade later, I'm still hooked on Asian-influenced seafood and garlic or wasabi noodles at The House. B Star remains a weekday lunch favorite, although weekend brunch has gotten a lot more hectic the last couple years.

Tamara Palmer, Zagat: I feel like I always need to be trying different spots to broaden my coverage horizons, but I still went back to Zaré at Fly Trap a number of times to celebrate happy moments, regroup after less-than-awesome ones and to reset the palate after being forced to eat iguana, peacock and silkworms on camera.