The Saddest Shutters of 2013

Share All sharing options for: The Saddest Shutters of 2013

While classic restaurants like Tosca Cafe, Fog City Diner, and the Big 4 made the best of their closures by regaining new blood and new life, not every restaurant or bar was so lucky in 2013. Whether they were consumed by fire, closed due to lack of business, reconcepted, or forced out by landlords, these spots never faltered in delivering delicious food and drink, but had to close all the same. Here now, the 10 restaurants and bars we were saddest to lose in 2013, and what's happening next for their chefs/bartenders and their former spaces. 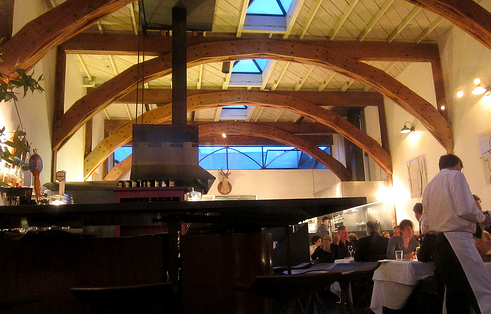 1) Chez Spencer
The Closing Date: May 31
The Story: Laurent Katgely's charming French restaurant suffered a catastrophic fire, reducing one of the city's most beautiful and romantic spaces to cinders.
What's Next: Though the building is gone, the food survives: Katgely plans to reopen Chez Spencer in a significantly smaller and less striking space at 18th and Mission. He's unsure if he'll rebuild in the restaurant's now-razed former home, as the process could take years. 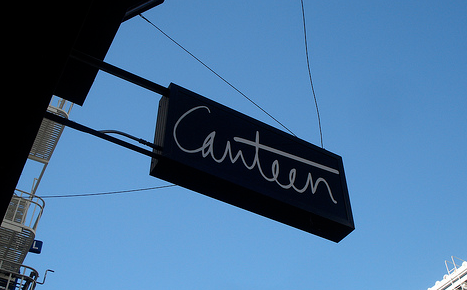 2) Canteen
The Closing Date: August 23
The Story: The very busy Dennis Leary and Eric Passetti were our Empire Builders of the Year, adding new spots Cafe Terminus and Trocadero Club to their portfolio of The Sentinel, Golden West, and House of Shields. But development came at a price: Leary shut down the delightful hidden gem where he made his name. Mourn ya 'til we join ya, vanilla souffle.
What's Next: Leary is supposedly going to offer some sort of underground dining effort for his former regulars; the space remains unoccupied. 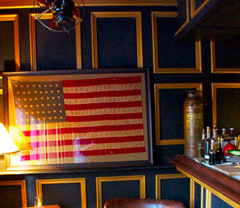 3) Big
The Closing Date: June 14
The Story: Despite its tiny square footage (the name was meant to be ironic), Big put out some serious drinks that drew a wide swath of the cocktail cognoscenti for bespoke creations from crack bartenders Brian Felley and Mo Hodges. But when Marriott bought Big's building, the bar got the boot.
What's Next: Since Big's closing, its ownership and bar team have parted ways: the owners have gone on to open SOMA spot Odd Job, while bartenders Felley and Hodges started a pop-up called The Love Boat and are in the process of getting together a space of their own in Oakland. 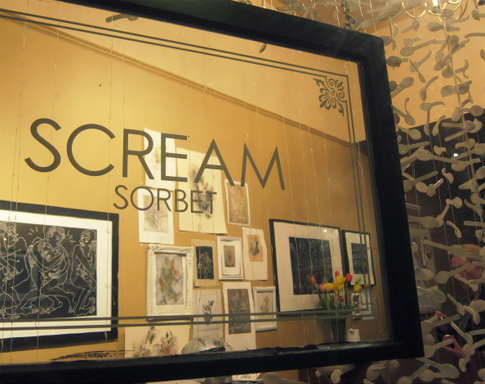 4) Scream Sorbet
The Closing Date: March 5
The Story: After learning that the food-court license he'd procured was technically illegal, owner Nathan Kurz had to pay $50,000 to get it fixed, an expense he couldn't afford in the scoop shop's off-season. The space closed shortly thereafter, depriving Rockridge (as well as shoppers at the Ferry Plaza Farmer's Market) of his delicious fruit sorbets.
What's Next: Kurz reappeared once more to sell leftover pints at an East Bay farmer's market, but Scream hasn't been heard from since. 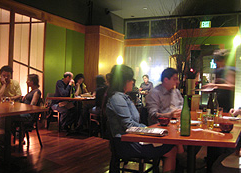 5) Sebo
The Closing Date: June 14
The Story: Hayes Street lost a lot of its quirkier entities this year (see also: Marlena's, Moishe's Pippic), and Michael Black's pioneering sustainable sushi spot was one of the casualties. Not even its appearance with Anthony Bourdain and Chris Cosentino on No Reservations could save the restaurant from closure. It's particularly ironic given that former chef Masaki Sasaki's Maruya, which shares many similarities with Sebo, is doing quite well in the Mission.
What's Next: Black now runs the fish counter at Local Mission Market (where he offers chirashi on Monday and Wednesday afternoons). Sebo's space has been taken by Souvla, an upscale souvlaki joint due in the spring. 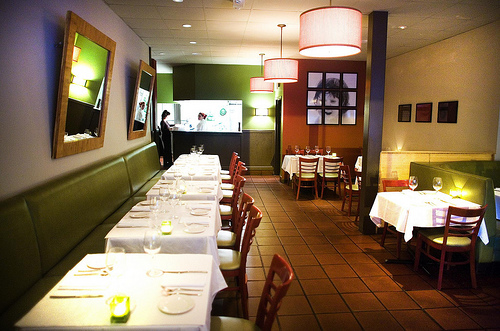 6) Luella
The Closing Date: August 31
The Story: A neighborhood favorite for nearly a decade, Ben and Rachel de Vries' New American spot ultimately succumbed to shaky finances. "What's really exciting to me is the prospect of being a chef and not being a bookkeeper. I love every aspect of this business not related to cashflow," Ben de Vries said of the closure.
What's Next: de Vries is now cooking at Proposition Chicken, while the space was taken over by popular newcomer Stones Throw. 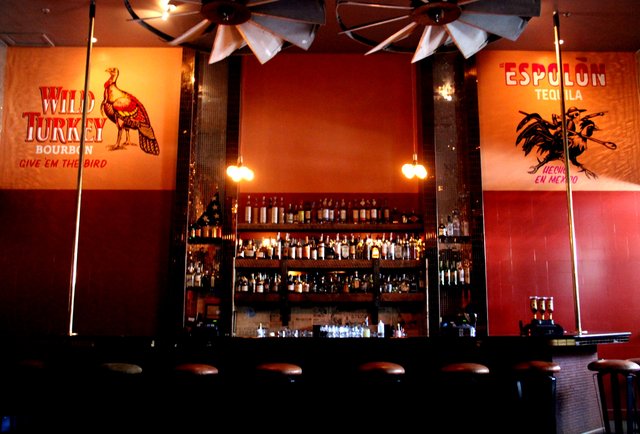 7) Rio Grande
The Closing Date: April 8
The Story: Though it was part of a project accurately dubbed "A Temporary Offering" at the under-renovation Hotel Renoir, the Bon Vivants' Western roadhouse became a very permanent fixture with industry types, who packed it on weekday nights for cans of Dos Equis with lime and salt, old-fashioneds from a Jager machine, karaoke, and games of Big Buck Hunter. Bartenders around the city still mourn it regularly.
What's Next: The hotel is now in full-bore renovation mode. Meanwhile, the Bon Vivants had a smash hit with Trick Dog, and say they haven't necessarily given up on reviving the Rio Grande concept elsewhere. 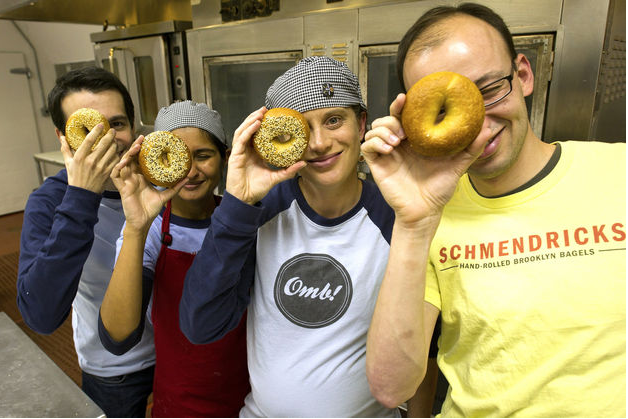 8) Schmendrick's
The Closing Date: April 11
The Story: In the year's ultimate case of dashed hopes, the bagel startup whose offerings portended a possible shift in fortunes for this bagel-challenged town decided not to move forward after a reckoning with the perilous local real-estate market. Chosen as best bagel in the Bay by both the Chron and San Francisco magazine, Schmendrick's is now kaput.
What's Next: Two of the four co-founders, food writer David Kover and his wife Dagny Dingman, are focusing on raising a new baby. 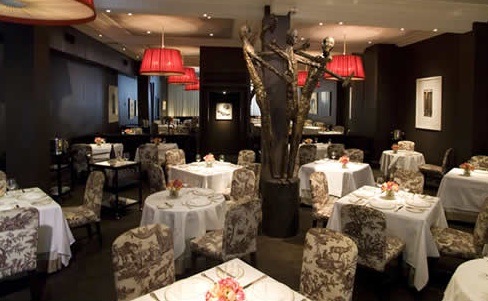 9) Masa's
The Closing Date: February 16
The Story: After more than 30 years as a launching pad for the likes of Richard Reddington, Julian Serrano, Ron Siegel, Gregory Short, and more, the restaurant that once defined fine dining in San Francisco closed up shop permanently.
What's Next: Its hotel owners, the Executive Vintage Court, say the restaurant is changing formats to a more casual concept, though no name, chef, or opening date have been announced as of yet. 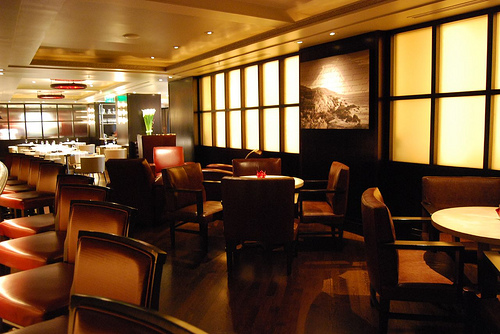 10) Fifth Floor
The Closing Date: January 17, 2014
The Story: Though it's not technically closing until 2014, this SOMA classic's days are numbered. It launched the careers of George Morrone, Melissa Perello, and Laurent Gras and performed admirably under current chef David Bazirgan, but the Hotel Palomar's owners want to take it in a more casual direction, as has happened with nearly every hotel restaurant in the city.
What's Next: The revamped Fifth Floor, with an outdoor area with fire pit, should return in the summer. Bazirgan, pastry chef Francis Ang, and bar manager Brian Means will all remain on board.