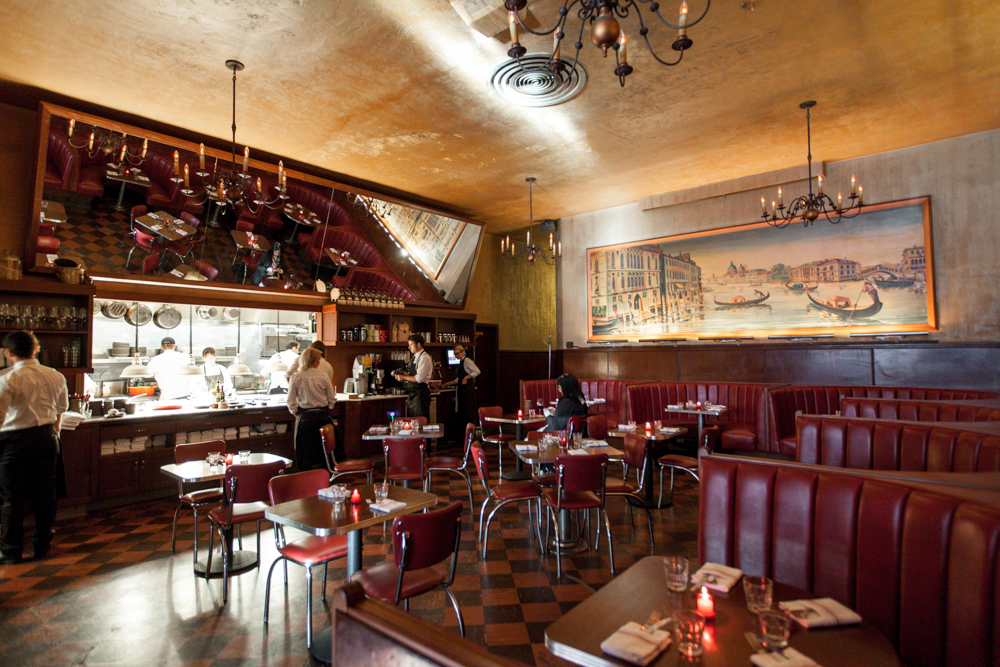 Q: What was the biggest dining surprise of 2013?

Amy Sherman, Cooking with Amy: Vegetables. Some of the best dishes I had this year just happened to also be vegetarian. Even chefs famous for "snout-to-tail dining," like April Bloomfield, featured fantastic dishes like the baby beets with walnut pesto. At Fog City, the oven-roasted carrots with black-garlic mole were a standout. And at Atelier Crenn, A Walk in the Forest is possibly the most exquisite dish I've ever seen.

Tamara Palmer, Zagat: Haven't tried it personally yet, but I was surprised that Charles Phan opened two Southern restaurants—Hard Water and South in the SFJAZZ Center. It's interesting to see the chef continually expanding his horizons in unpredictable ways.

Virginia Miller, The Perfect Spot: Michelin-starred Campton Place surprised me this year, even better than visits over the past decade. It's reminding me of that category of fine dining I've longed for in the States but only properly get in London: upscale, creative, Indian-influenced fine dining. Case in point, the Spice Pot on the current menu: flavors of Indian chaat/street food arrive in a little pot dramatically steaming with liquid nitrogen – a mash-up of tamarind, cilantro yogurt, and carrots over puri filled with sugar snap peas and potatoes. And all with Master Sommelier Richard Dean's fine wine pairings.

Marcia Gagliardi, Tablehopper: I was so impressed with what Waiheke Island Yacht Club pulled off in such a short time—such a massive undertaking. And the fact the entire kitchen is electric is pretty wild.

Andrew Dalton, SFist: I started cooking my way through Brian Boitano's cookbook. Then he actually came to dinner.

Brock Keeling, SFist: Drastic cuts to food assistance programs. As KQED notes, "The people who rely on those programs faced some hits after a $5 billion cut to food stamps went into effect on Nov. 1." Speaking of, another shock was realizing that 50% of fast food workers are enrolled in public assistance programs — e.g., food stamps — in order to afford the food they're paid (or "paid") to prepare and serve. Another dining surprise of 2013? $4 toast.

Jay Barmann, SFist/7x7: I finally made it to Bull Valley Roadhouse in Port Costa, and it was f--king awesome. Not that I didn't expect to like it, but it was cozy, polished, and on-point in every way.

Anna Roth, SF Weekly: The rise of whole grains and heirloom varieties of grain. The pasta, bread, and pastries I tried while I was researching a cover story on them really blew me away. I'm looking forward to seeing what Tartine turns out next year.

Sarah Sung, UrbanDaddy: The proliferation of kale. It's on nearly every menu in town. I even had kale sprouts—yeah, sprouts!—the other night at Out the Door (by the way, I'm not complaining).