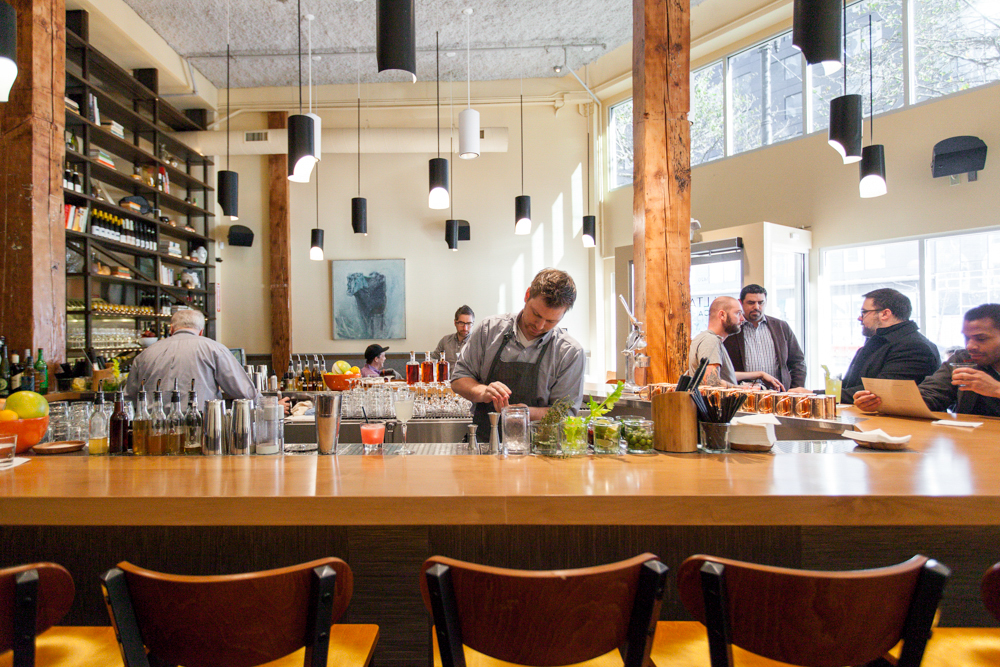 Q: What are your headline predictions for 2014?

Sarah Sung, UrbanDaddy: "A sudden backlash against prix-fixe dining." (And hopefully the comeback of more family-style, casual and hearty meals.) "Vegetables are the new pork belly." (Don't kill the messenger.) "The juicing craze is over and people are chewing again." "Beer is the new wine." "Goodbye rustic, reclaimed barnwood, and exposed-brick decor, hello midcentury modern."

Jay Barmann, SFist/7x7: Everyone Bloated; Wine Is the New Beer

Virginia Miller, The Perfect Spot: The year of the Mid-Market revival. Or: Kudos to Ma'velous, Little Griddle, Showdogs, et. al. for holding steady before the Mid-Market onslaught hit. Or: Alta CA signifies Mid-Market's glory days are at hand.

Amy Sherman, Cooking with Amy: Foie gras ban overturned! Ok, probably not, but a girl can dream, can't she?

Maggie Hoffman, Serious Eats: Drinks: 2014 will be the year of San Francisco finally figuring out the food-delivery thing, I hope.

Brock Keeling, SFist: I'd like to see women take center stage in the kitchen. Similar to stand-up comedians and bosses, women make better chefs. For me, they just do. Though I suspect we'll see the same headlines in 2014 that we read over and over and over in 2013: "Male Chef, Boasting Too Much Facial Hair and a Misguided Philosopher's Complex, Cooks Something."