Share All sharing options for: Food Experts Talk About Their 2013 Restaurant Breakups 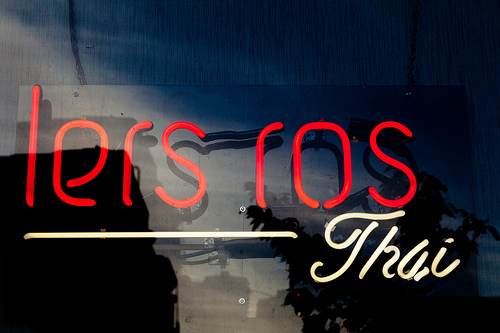 Q: Which restaurants, if any, did you break up with this year? Why?

Tamara Palmer, Zagat: Gonna be really honest here—I was never really dating Pasión, we had something more like a bad OKCupid blind date once. After having the worst service experience ever when it first opened, I gave it another chance this year and ended up getting physically ill there, the first time anything like that has ever happened to me at a restaurant. So, yeah, no third date is planned and I have no passion for Pasión.

Andrew Dalton, SFist: Sushi. I just didn't do much sushi this year. It was a red meat year for me.

Virginia Miller, The Perfect Spot: I prefer not to name names, but there were a couple of "hot" Oakland newcomers where the combination of mediocre food and service confirmed another trek across the bridge to explore their menus further won't be happening. In SF, a "quirky" brunch spot, despite being a place I'd drop in on occasion since it opened, is now definitely a break-up, winning for greatest harassment from a host who prides himself on being able to call out who looks like they should eat there from the line outside… but ends up choosing tourists and suburbanites over locals. No one has the time to be discriminated against for a meal, certainly not with the options we have around us. OK, enough break-up talk.

Jay Barmann, SFist/7x7: Well, it was the other way around. Canteen broke up with me. And I'm still fragile.

Amy Sherman, Cooking with Amy: I was sad to see places like Canteen, Sebo and Luella closing this year. They were all favorites of mine.

Brock Keeling, SFist: Any restaurant that wasn't an acronym. I only ate at SPQR, TBD, and AQ. Full-name eateries can SMD.

Mary Polizzotti, 7x7: Aziza. Controlled-portion 5 oz. glasses of wine, ("to cut costs," the waiter told me), and tiny portions for overpriced food. I went home afterwards and cooked a second dinner. This place used to be good, but now it sucks.

Sarah Sung, UrbanDaddy: Pesce on Polk. Well, technically it broke up with me by moving beyond my walking distance. It used to be an easy, local standby/hidden gem before the move.

Anna Roth, SF Weekly: I was momentarily obsessed with the sake-braised pork belly and meatloaf sandwich at Hi-Lo BBQ, but they left with original chef Ryan Ostler.