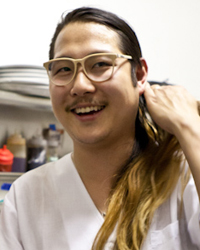 After yesterday's now-traditional teaser tweets from editor Dana Cowin, Food & Wine has officially announced its class of Best New Chefs for 2013, two of whom have Northern California roots: Danny Bowien of Mission Chinese Food and Justin Cogley of Aubergine in Carmel. With Bowien pretty much exclusively cooking at the NYC location of Mission Chinese these days, it's the first time since at least 2006 that a chef currently working in the Bay Area and/or wine country hasn't made the list. 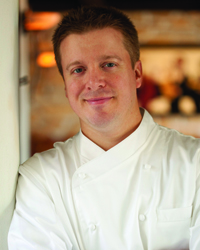 Food & Wine also has short bios of each chef. Cogley is praised for his "ultra-seasonal ingredients with flavors from his world travels, creating a menu that changes nightly and that's purely Northern California." (Fun fact: he used to be a professional figure-skater for Disney on Ice, and picked up his love of eating from noshing while on tour.) Bowien gets the nod for his "proudly experimental take on Chinese food," and tells the magazine he has even further expansion plans: to Paris, Brooklyn, and his hometown of Oklahoma City.

Other notable winners include Alex Stupak of NYC's much-praised Empellón Cocina, and Michael Voltaggio, who's made waves at Los Angeles' Ink. Here's the full list of this year's winning chefs: