Share All sharing options for: Rhea's Cafe, Sandwiching the Mission

After its transformation from a standard Valencia corner store into an unstoppable sandwich juggernaut, there was nowhere to go but up for Rhea's, which soft-opened its second location at 20th and Bryant last week. The new space is much bigger and more designed for dining in than the mothership, with seating for 28 at the counter and tables, and plans to seat another 15-20 at outdoor tables that are coming soon.

Chef Matt Butler is manning the kitchen, and all of the favorites from Rhea's 1.0 are on the menu, including the Korean steak sandwich (also in a vegetarian version), the Valencia (with turkey, havarti, bacon, and avocado), and the Barney Rubble with pastrami and Swiss. (At $10-12, they're also a little pricier than the original location.) The other big change is that the new location is permitted for a fryer, which means that the late, much-lamented pork and chicken katsu sandwiches are back (praise the Lord), and a new player as well: Korean fried chicken wings, available plain or with sweet honey-garlic sauce ($8 for 5 or $14 for 10). A trio of salads, including beet-orange-watercress and a romaine salad with fried oysters, round out the group, and fries both regular and garlic are also on the scene. The owners sent us some cellphone snaps of the menu, viewable below the jump.

On the drinks side, the new location has a beer and wine license, and there are currently seven 12-ounce brews on the list, including Sierra Nevada, Rogue Dead Guy, Boddington's, and Anchor California Lager. (They're priced very reasonably, too, at $3-4.) The owners tell us they're in the process of putting together a wine list, and plan to offer a handful of drafts and 10-15 bottled beers when all is said and done. Hours are currently 11 am-9 pm daily, but they're looking to expand to 10 pm on weeknights and midnight on Friday and Saturday in the next few weeks. The local drunk-food options just got awesomer.

Here are those menus (click to make them bigger): 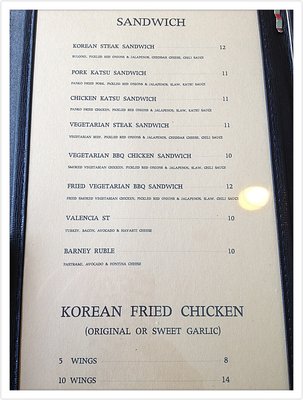 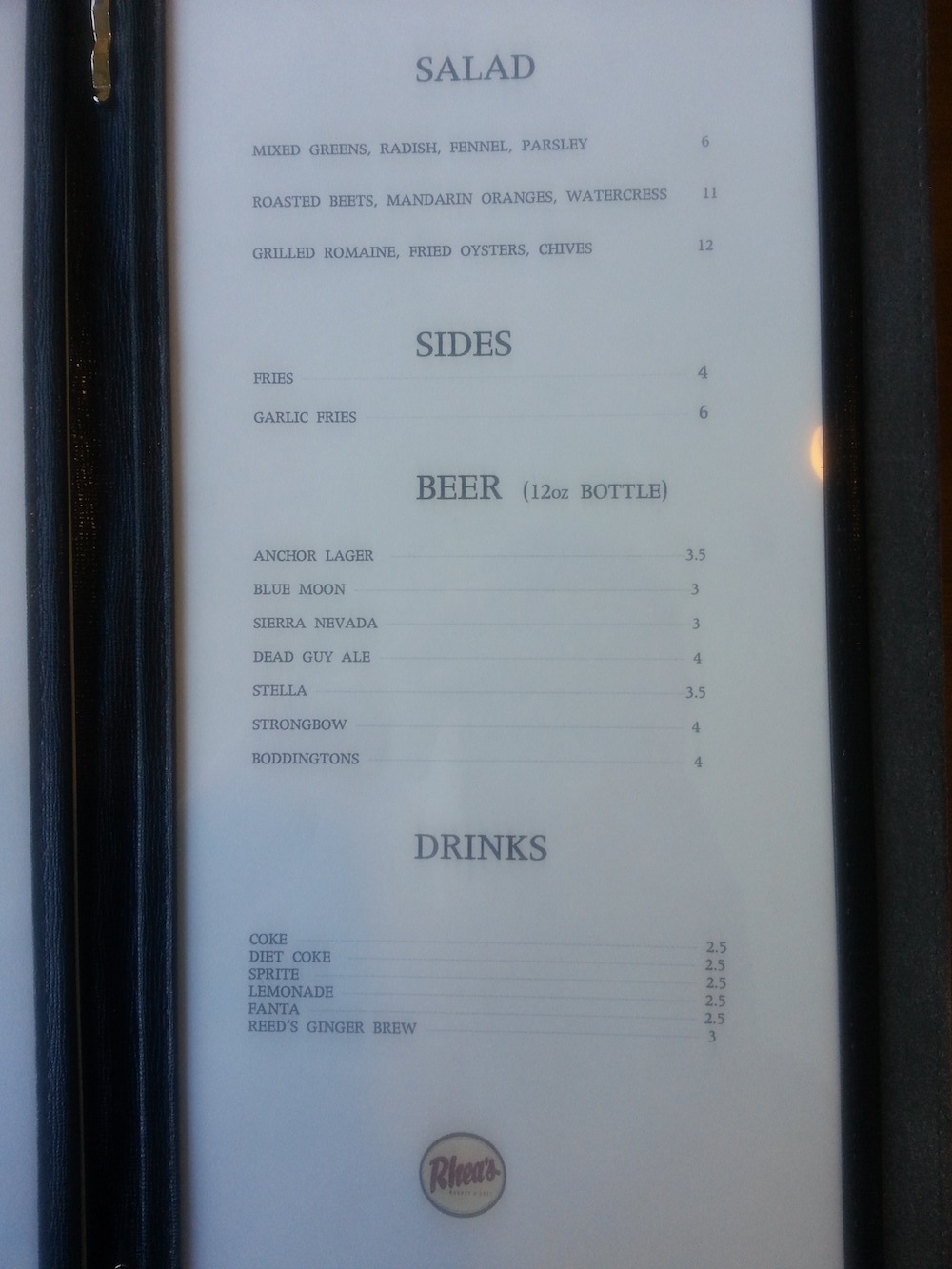