Share All sharing options for: Mokutanya Drops Lion From Menu 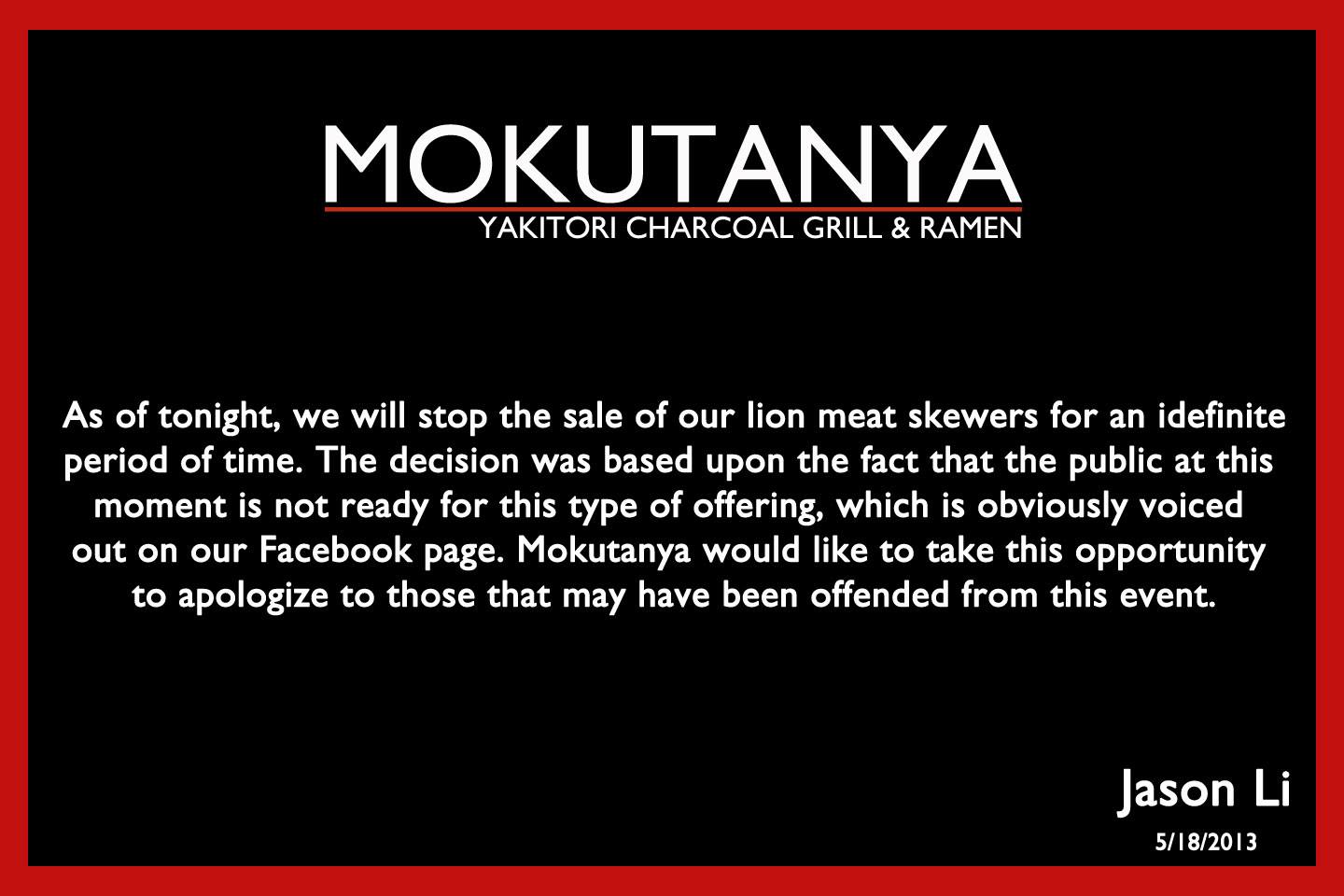 The above announcement (click to blow it up) was posted Sunday on the Facebook page of Mokutanya, the Burlingame izakaya that made national headlines last week for offering special $70 lion-meat skewers on its menu. While the statement isn't exactly apologetic, it does concede that the public outcry on the subject was enough to merit the removal of the menu item. Owner Jason Li told ABC7 he received dozens of calls, and some were threatening: "Some of them [are] really nice and peaceful like 'Oh, can you stop selling lion meat?' and some of them [are] like saying 'Oh, I [am] going to come in and rape you and kill you.'"

Mokutanya is now the second restaurant to briefly offer lion (which is not endangered, but does pose environmental and health concerns) and then pull it from the menu after a swarm of bad press; Tampa's Taco Fusion offered a $35 lion taco, then took it off the menu last week. Meanwhile, Inside Scoop reached out to Mokutanya's supplier, Anshu Pathak, who says that he's still selling the meat for a pricey $200 per pound.