The hip-looking library you see above is actually a new bar: Novela, housed in the former Fluid Ultralounge space at 3rd and Mission and opening its doors for the first time tomorrow night. As previously mentioned in these pages, Novela (named for the Spanish word for "novel") has a literary theme, with color-coded books adorning the walls and drinks named for iconic characters. Kate Bolton (Maven) and Alex Smith (Gitane), both former Chronicle bar stars, teamed up on the drinks program; Smith will manage the bar.

The centerpiece of the drink program is punch; there are six available on draft, and they can be ordered by the glass, by the bowl, or in a three-punch tasting flight. (Complainers about long lines for drinks at mixology bars, complain no more.) Each punch is made with a traditional base of olio sacrum, freshly zested citrus oil with sugar and spices, and most of them have a basis in traditional recipes. Some will remain menu mainstays, like the house Hemingway "Code Hero" (rye, Irish whiskey, Scotch, maraschino, Earl Grey, grapefruit, lemon), while others will change with the seasons, like a pisco punch that currently features strawberries, tarragon, and fennel.

There are also some more traditionally made, non-draft cocktails available, ranging from the spirituous (the Atticus Finch, with bourbon, Earl Grey honey, and balsamic bitters) to the lighter and frutier (the Holly Golightly, with honey vodka, Grand Marnier, soda, chocolate bitters, and lemon). A small selection of beer and wine is also available. While the space has a kitchen and the owners eventually plan to add bar bites, the food component isn't online right now; it'll arrive later. We've inserted the drink menus below for your viewing pleasure.

The glam library space was designed by Jacek Ostoya of Gold Grenade in L.A., who's also responsible for nearby Harlot. There's lots of gold, crystal chandeliers, a huge glass back bar, a black-and-white zigzag tiled floor, a private back room with its own bar, and even some quirky wallpaper (look closely for the patterns of chain-link fences and shoes hanging from electrical wires in the main bar, and the kaleidoscopic legs in the bathroom). It's an enormous space, with 3,500 square feet and seating for 120, so drinkers should have plenty of room. Hours are Monday-Friday, 4 pm-2 am, and Saturday and Sunday, 6 pm-2 am.

Here are those menus (click to blow them up): 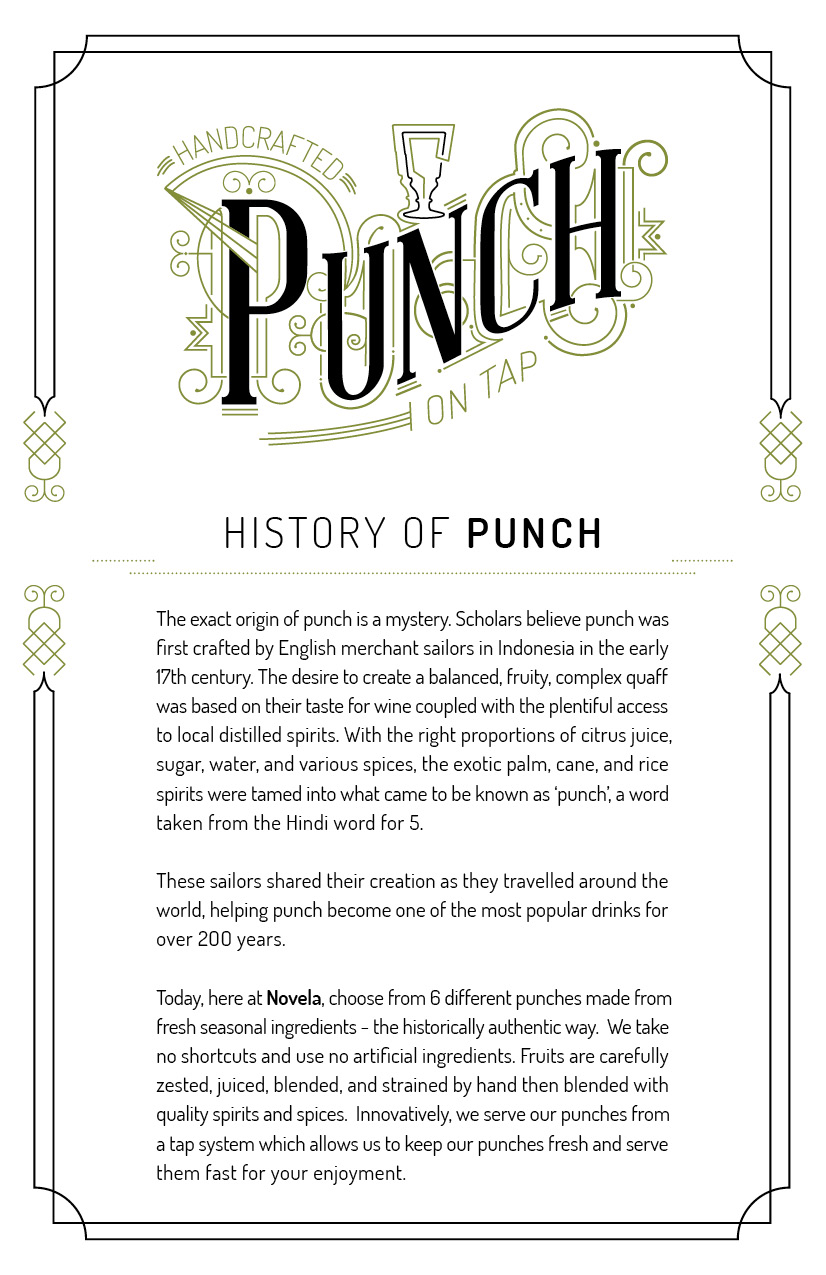 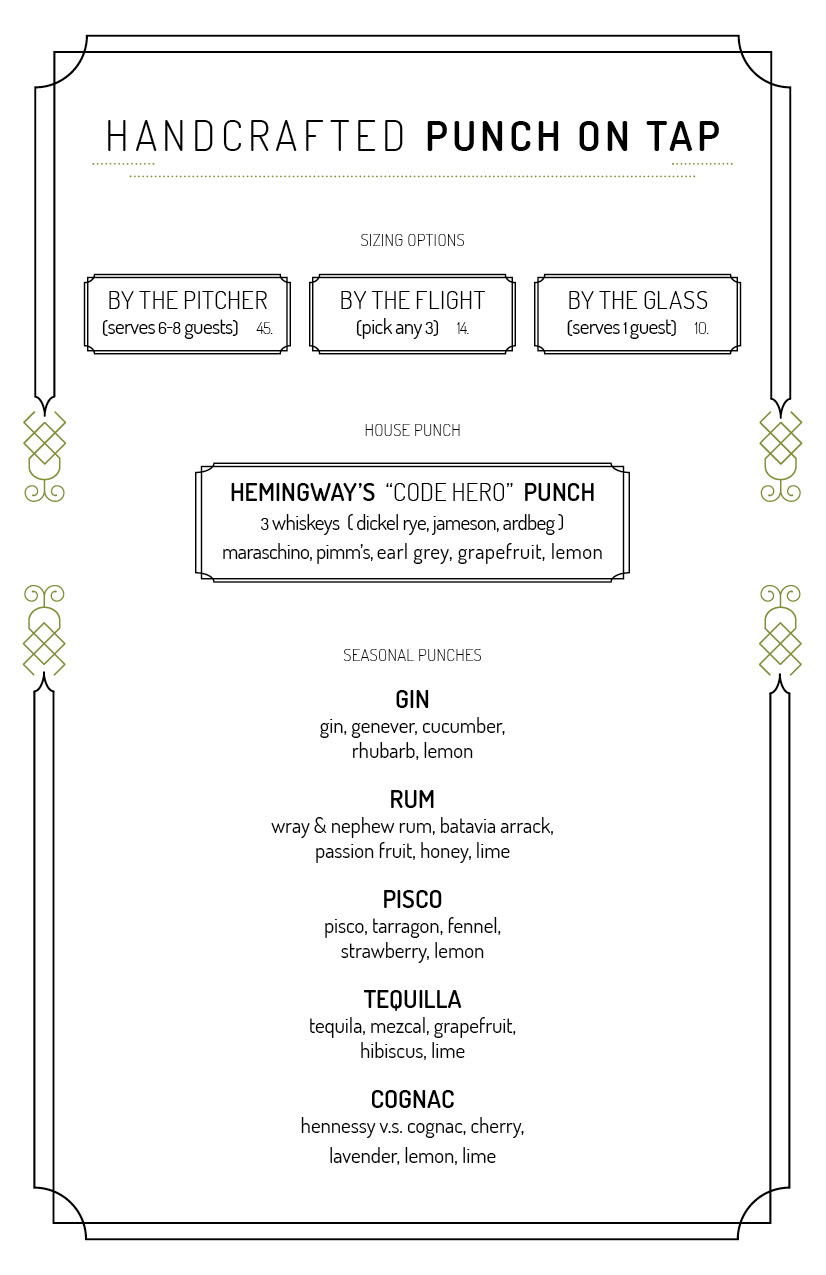 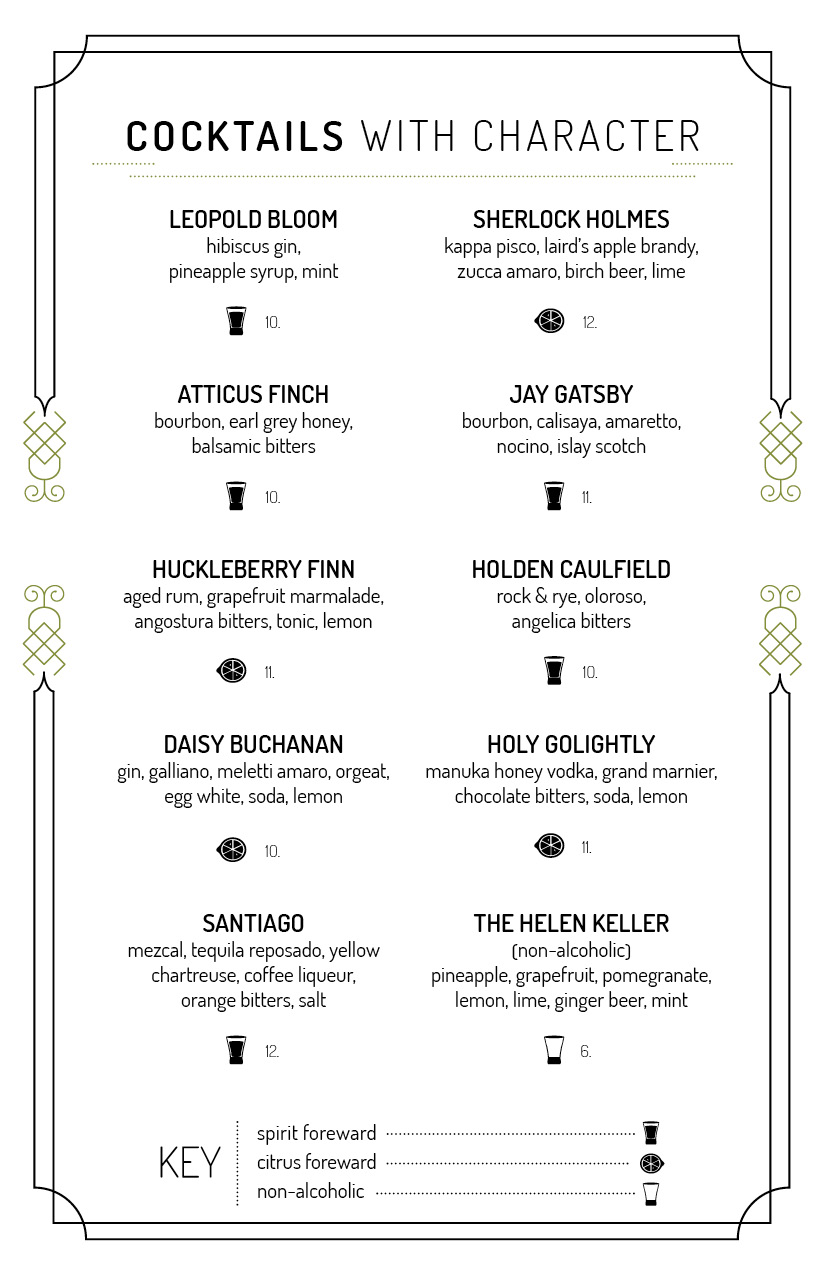 · Novela to Bring Tomes and Cocktails to SOMA [~ ESF ~]