Share All sharing options for: A Stolen Photo Returns to Blue Plate

Welcome back to Shit People Steal, in which we ask restaurateurs what items in their restaurant have been (or are frequently) stolen.

Today's edition of Shit People Steal is actually a heartwarmer, as a racy photograph that folks love to steal (and steal, and steal) has finally made its way home. Allow Blue Plate co-owner Jeff Trenam to explain:

Among the photographs that have adorned the walls in Blue Plate's bathroom over the last fourteen years is a black-and-white photo by Dave Schubert titled "Maria's Trick." It shows a young woman, "Maria," standing on a toilet in the old Treat Street Bar with her shirt lifted and two lit matchsticks propped up on her nipples.

This photograph has been stolen out of the bathroom nearly a dozen times (each time replaced by the photographer), with the thieves even dismantling frames locked to the wall to get at the racy snapshot. I swore it must have been on some kind of fraternity scavenger hunt.

Recently, a nameless guest returned with the first print ever stolen. Leaving the still-framed original in a paper bag with a server, the guest explained that many years ago she took the picture on a wine-fueled bender. Now clean and sober, she wanted to make amends with her past, and returning this photo was on her checklist. Since our first print of "Maria's Trick" has returned to the washroom at Blue Plate, we have not had any more problems with it disappearing...After years of pilfering and replacing, I hope the cycle is finally broken.

Here's the original photo in its NSFW glory: 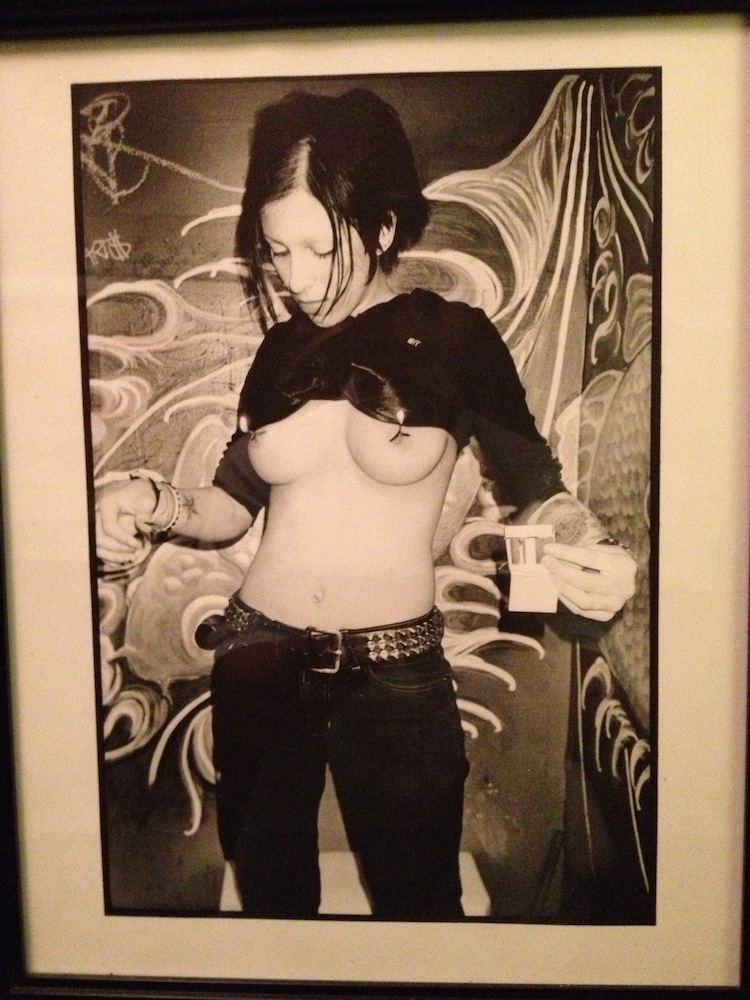