Share All sharing options for: San Francisco's Most Expensive Hotel Suites; Secret Gardens; Where to Watch the Fireworks; More!

Welcome to Curbed Cuts, where Curbed SF editor Sally Kuchar shares the most important real estate stories of the week. 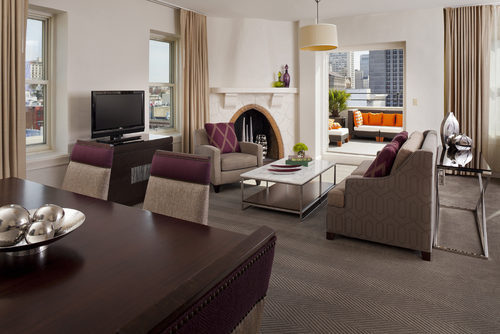 SAN FRANCISCO—From the Ritz-Carlton's Presidential Suite to the Fairmont Hotel's Penthouse, these are San Francisco's most expensive hotel suites.

SAN FRANCISCO—Here's a handy map of 14 spots to watch the July 4th fireworks extravaganza. Our favorite is an 11 million year old volcanic rock high atop Berkeley.

SAN FRANCISCO—Looking for an apartment in the $4K per month range? You've got options.

YERBA BUENA—829 Folsom has released eight new condos onto the market. Three are already in contract, so run, don't walk.

CASTRO—Interior photos of the kinda controversial ICON boutique condo building have been released. The 18-unit building is pretty pricey but will sell out fast.

SAN FRANCISCO—San Francisco may not get as much celebrity glory as LA or New York, but our hotels have hosted their fair share of parties, protests, and politicians. Here now, a gallery highlighting some of the most glamorous and dramatic events at San Francisco hotels.