How Coravin Might Change Wine by the Glass Forever

Eater SF's house sommelier Courtney Cochran, author of the Hip Tastes book and blog, checks in with another boozy installment of The Swill. 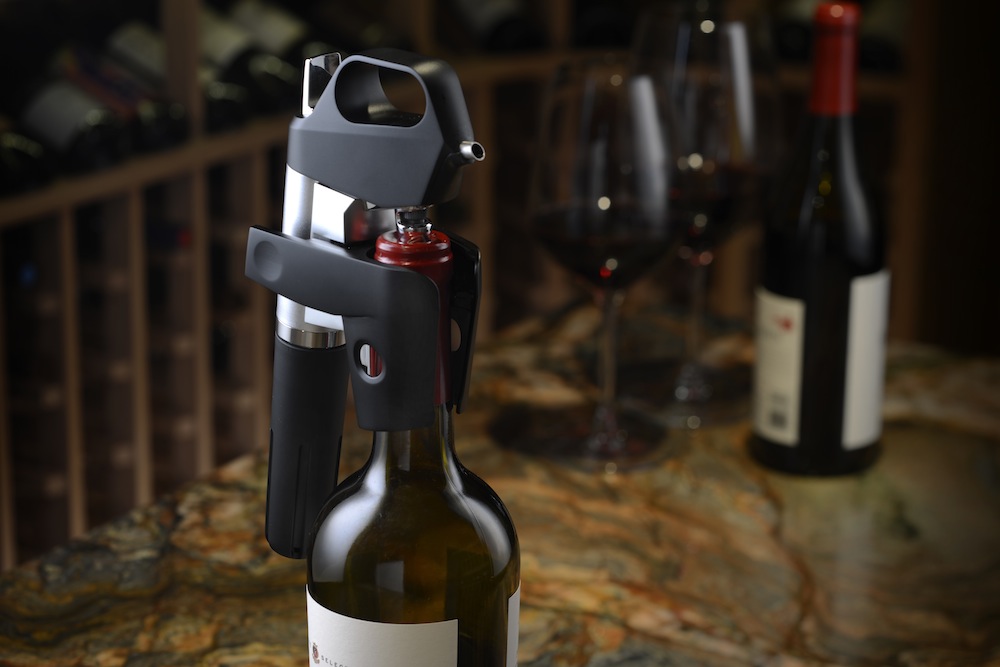 Sometimes, a mad-scientist M.O. just works. You know, tinkering away in the basement late at night, logging patents like they're going out of style, generally trying to be disruptive and make something badass. Fortunately for the wine biz, we've got a winner out of that dark basement—a wine device to change the way we uncork and swill the good stuff. Except: Make that the way we don't uncork.

"I knew this was a game changer," coos celebrity restaurateur, Mario Batali partner, Coravin investor and MasterChef judge Joe Bastianich. He says the device has already enabled him to provide samples and BTG selections that would otherwise be too precious to uncork for a single pour. Technically, Coravin protects wine from damaging oxidation by replacing extracted wine with argon gas. The needle is then removed and the cork naturally reseals itself. Because the wine is preserved from oxidation after use, bottles can be resealed and saved for weeks, months or potentially years.

Mina Group uber-somm Rajat Parr is a fan, as is celeb wine reviewer Robert M. Parker, Jr., who has created a series of videos dedicated to the device at his site. He calls Coravin "the most transformational and exciting new product for wine lovers" in 30 years." But perhaps the most telling advocate for the device is the inventor himself, who says it perfectly suits the "me generation"—drinkers who want single servings of truly great wine without committing to a whole bottle. (Yes, you can now have wine-related FOMO.)

The $300 device looks a little like the Rabbit, the awkwardly large and over-designed corkscrew favored by flush home enthusiasts. (Most somms wouldn't be caught dead toting one of the bulky devices around the floor.) But Coravin's functionality makes up for much of the shape-related awkwardness, and some somms are even opting to take it tableside so guests can see Coravin in action. (Interesting idea, but the jury's still out on whether this is a gimmicky service tactic or not.)

What we can safely say is that it's got a good backstory. "I was good at needles," deadpans inventor and company chairman Greg Lambrecht, who set out to replicate the minimally-invasive quality of medical needles for wine access. He was also tired of opening and wasting partially consumed bottles when his pregnant wife wasn't drinking. It took 14 years and a lot of late nights in his basement, but he found a solution.

Local somms are taking note of the expanded options Coravin makes possible. "One of my dreams was to create the largest selection of magnum wines by the glass," shares Mauro Cirilli of Press Club. "We can use it with bottles we wouldn't even think of opening, due to cost or timing...It's a way to open a totally new era for wine consumption," he says.

Especially high on his list of new frontiers Coravin opens, after magnum-heavy BTG offerings? Expanded food-pairing options. "When the chef puts out an amazing dish and there is a specific wine you know works so well—but you may only sell a couple of pairings of it that night—with Coravin, you have opportunities to utilize those wines."

After all, controlling costs is a priority, he says, but that imperative must always be balanced with providing a great guest experience. And there's nothing mad about that.