Now that we've discussed the biggest fall restaurant openings, we turn our attention to the bars that will be on everyone's lips through the end of the year. Given that this summer had a busy crop, there aren't quite as many notable bars emerging as there are restaurants, but as beer fans saw in our recent map, we'll be getting quite a few new brew places to check out, and wine and cocktail fans won't be hurting either. Without any further adieu, here are the 10 biggest and best bars on their way to San Francisco this fall.

1) SOMA: Bergerac
Address: 316 11th St.
Major Players: David Brinkley, Anderson Pugash, Bruce McDonald, Russell Davis, Randy Lewis
The Situation: Its upstairs nightclub component, Audio Discotech, is already open, and it won't be long before this hip (and huge) cocktail bar also hits the scene. Davis (Rickhouse, The Ice Cream Bar) is planning to do all sorts of fun stuff, like carbonation, punches, and soda-fountain riffs, and Lewis (a 2001 Food & Wine Best New Chef) will have fancy bar snacks like Vietnamese-style chicken wings and halibut-cheek "fish sticks." And with an interior modeled on Keith Richards' Villa Nellcote, it should be appropriately louche and sexy.
Projected Opening: September
[All coverage of Bergerac] 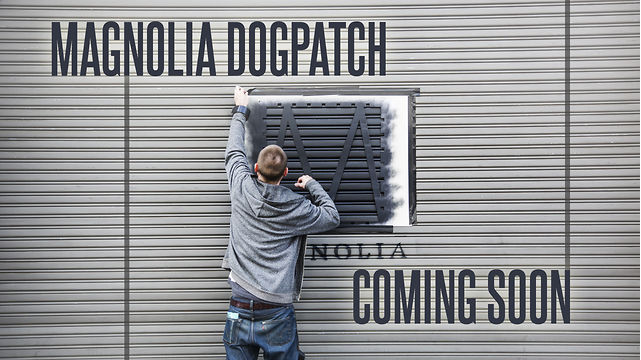 2) Dogpatch: Magnolia Brewery
Address: 2505 3rd St.
Major Players: Dave McLean, Dennis Lee
The Situation: After a whole host of delays (he'd initially planned to open it in the spring of 2011), Dave McLean is fairly confident that his new Dogpatch home for Magnolia will finally come online in the fall. The increased brewing capacity will mean more beers and more distribution for the brand around town, and a full liquor license portends a serious whiskey collection. Best of all, Dennis Lee of Namu Gaji is still onboard with his quirky take on BBQ (which, based on what we sampled during his preview at Cochon 555, is gonna be killer).
Projected Opening: October
[All coverage of Magnolia Dogpatch] 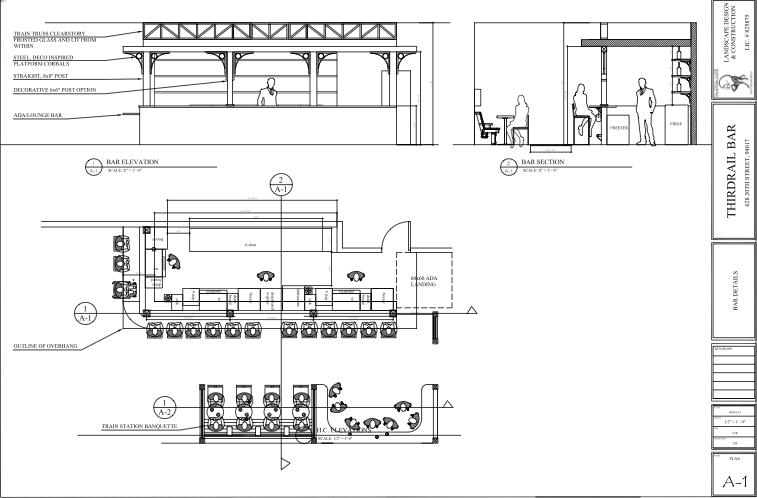 3) Dogpatch: Third Rail
Address: 628 20th St.
Major Players: Phil West, Jeff Lyon
The Situation: The Dogpatch is turning into quite a drinking destination, between the recent Dogpatch Saloon revamp, two new breweries coming to the 'hood, and this new project from the Range team, which will transform the former Retox space into a train-themed cocktail den designed by Paxton Gate. The menu will feature 12 cocktails divided into quadrants (citrus, spirituous, seasonal, aperitif), plus a jerky bar if you get peckish.
Projected Opening: Mid-September
[All coverage of Third Rail] 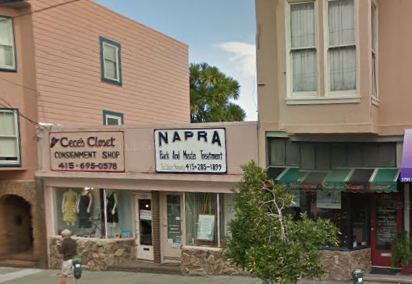 4) Noe Valley: La Nebbia
Address: 1781 Church St.
Major Players: Massimiliano Conti and Lorella Degan
The Situation: The owners of beloved Sardinian spot La Ciccia are expanding via this petite wine bar, which will offer 70-80 primarily Italian bottles, as well as a selection of cured ham from around the globe; Italian and local mozzarella, ricotta, and burrata; and wood-oven-baked pizza and lasagna. This one's a full buildout, so it might push into next year, but for now, they're saying fall.
Projected Opening: Late fall
[All coverage of La Nebbia] 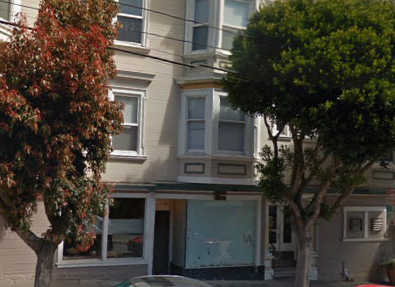 5) Cole Valley : inoVino
Address: 108 Carl St.
Major Players: Claudio Villani
The Situation: La Nebbia isn't the only Italian-owned wine bar on the way: Villani, the longtime wine director of Perbacco, snapped up the former Hama-Ko Sushi to start his own little spot. His wine selection, though, will be global (France, Greece, Spain, South America), with 30 wines by the glass, plus cheese and charcuterie. He'll also offer crostini, bruschette, and crudos, served at a new white Carrera marble bar.
Projected Opening: Late September
[All coverage of inoVino] 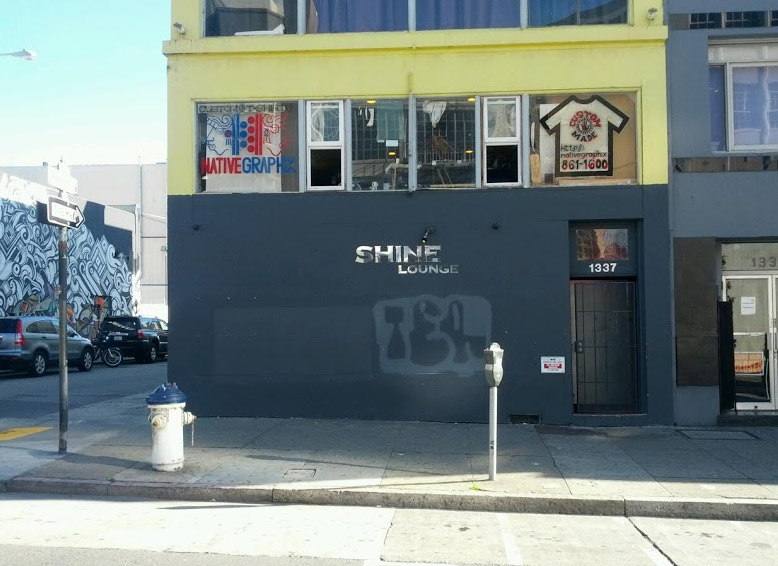 6) SOMA: Odd Job
Address: 1337 Mission St.
Major Players: Jordan Langer, Peter Glikshtern, and Jeff Whitmore
The Situation: After Big was forced to shutter by new hotel owners, its owners decided to take the party to the former Shine Lounge (but without bar stars Brian Felley and Mo Hodges, who are popping up at Muka while they plot their own spot in the East Bay). They haven't announced a bartender yet, but the space is intended to combine the club aesthetic of Public Works (which they also own) with the craft-cocktail chops of Big.
Projected Opening: Mid-fall
[All coverage of Odd Job] 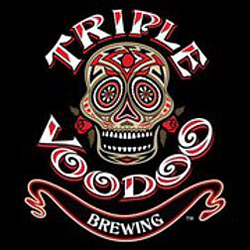 7) Dogpatch: Triple Voodoo
Address: 2245 3rd St.
Major Players: Greg Kitchen, Aaron Chan, and Phil Meeker
The Situation: The upstart SF brewery now has a space to call its own in the Dogpatch, where it'll offer 15 taps of both house-brewed beer and beers from other local breweries. You can also expect to see more of their beers around town, as the space will expand their capacity; former Iron Springs head brewer Phil Meeker is now manning the kettles, so expect new recipes, too.
Projected Opening: Late fall
[All coverage of Triple Voodoo]

8) NOPA/Western Addition: Barrel Head Brewhouse
Address: 1785 Fulton St.
Major Players: Ivan Hopkinson, Tim Tattan
The Situation: Hopkinson, Park Chalet's former assistant brewmaster, is getting his very own brewpub, and will offer a wide variety of house creations. On the food side, he'll be assisted by Tattan (The Monk's Kettle), who'll be offering rotisserie chicken, housemade charcuterie, and whole-animal meals for groups. The space is going to be a looker, too, with recycled staves and an upstairs mezzanine and fireplace.
Projected Opening: Late fall
[All coverage of Barrel Head Brewhouse] 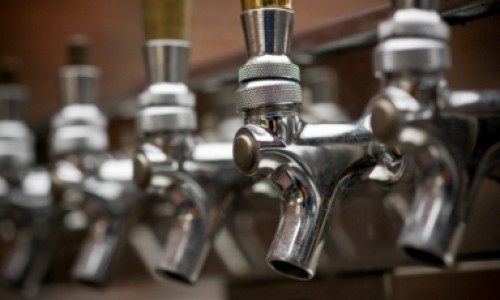 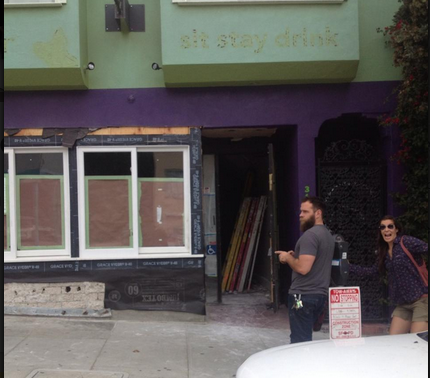 10) Bernal Heights: Holy Water
Address: 309 Cortland Ave.
Major Players: Mike Goebel, Darren Brunson, and John Ottman-Combs
The Situation: The team behind Bloodhound and Churchill is behind the takeover of the former Stray Bar, and while details are still scarce, drinkers can expect an approachable neighborhood hangout with quality cocktails, as is their wont.
Projected Opening: Late September-early October
[All coverage of Holy Water]