The Emeryville Public Market has been in flux for some time, with numerous partners attempting to modernize the space and make it appealing to the workers from Pixar and other local offices. Now, the project's new owners, City Center Retail Partners, are attempting to revive it with a food-centric approach that will incorporate 20 restaurants from top-notch local chefs.

"I've been going to the Public Market since I was two years old, and it was never a very compelling experience for someone who was interested in food," says David Fishbein of the Runyon Group, who's spearheading the market's redevelopment alongside Chris Kuklinski of the McDevitt Company. "We really see an opportunity in the East Bay." Fishbein, who grew up in Lafayette, made his name reviving the historic Napa Mill, where he lured in Masaharu Morimoto, among other tenants. His latest project, Platform in Culver City, will feature a new restaurant from celebrated NYC chef Michael White (Marea, Ai Fiori), as well as Blue Bottle's first L.A. location. He's also worked with Tyler Florence and NYC cupcakery BabyCakes.

The 20-stall Public Market, however, will be his biggest food project yet. "We're looking for tenants that are fun, hip, eclectic, and edgy, but more casual," says Fishbein. "We're in talks with a number of Michelin-starred Bay Area chefs to do quick-service concepts or fun fast-casual takeaways, but still emphasize technique and sustainability." While he declined to mention which chefs might sign on to the project, he says he's primarily focusing on recruiting Bay Area talent, but may be open to a handful of tenants from other areas like New York or L.A. "We want all cuisines: Japanese, Vietnamese, Spanish, Italian, an amazing bakery." The seating will be centralized for most of the outlets, with a few getting small seating areas of their own; the developers are also looking to open up the space to let in more light, raise the ceilings, and add more extensive outdoor seating. 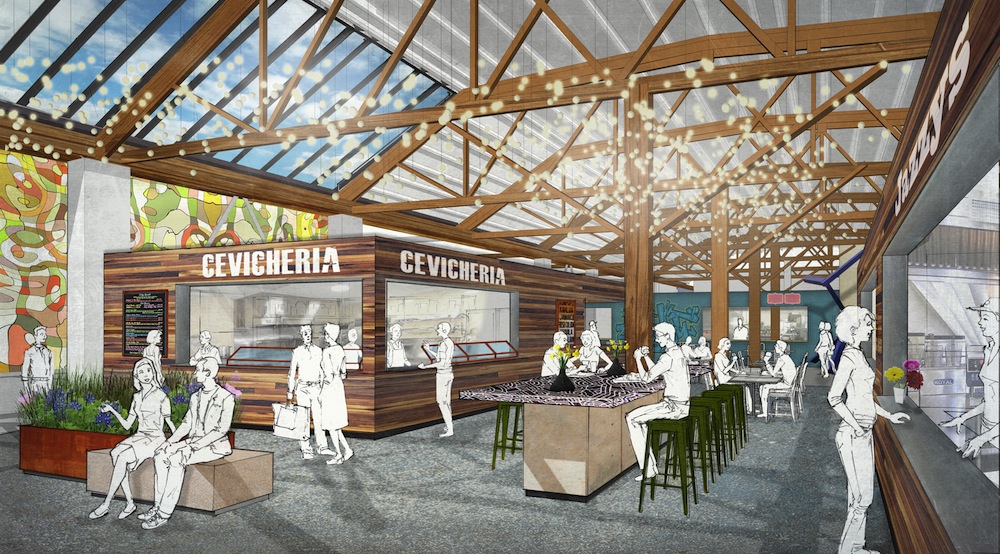 As for the market's current food tenants, some will be getting the axe. "We'll be keeping some of the best, higher-performing tenants that really have a following, but we'll also have to make some room," Fishbein admits. "It's a really sensitive issue, and there is a very loyal following that has made some tenants there very successful. We want to strike a balance between making those customers happy and bringing in a new clientele." For the moment, the partners aren't disclosing who's staying and who's going; all the businesses are on month-to-month leases.

Food isn't the only focus at the Public Market: a second phase will add 70,000 square feet of retail (with an emphasis on unusual and independent retailers), an apartment complex, and office space. "Emeryville is the junction of the East Bay, and it's a great place for people there to congregate," says Fishbein. "Of the [existing] developments, Bay Street is very homogenized, and Fourth Street is really nice, but targeted to an older demographic. We're looking to attract a younger crowd, and one way to build interest is by bringing them in as diners first."

The project is still in the works, but Fishbein anticipates that he'll be announcing chefs who've signed on later this year. Renovations will begin at the end of 2013, with the first new market stalls opening in mid-to-late 2014. Restaurateurs interested in participating in the project are encouraged to contact Fishbein directly.