Check Out the New Menus at Plum and Haven

Share All sharing options for: Check Out the New Menus at Plum and Haven

As discussed last week, there's been a chef shakeup at Daniel Patterson's duo of Oakland restaurants, Plum and Haven. Former Haven chef Kim Alter has moved over to Plum to take the reins of the kitchen there, while Coi sous chef Chris Johnson was promoted to the top job at Haven. It's all part of a bigger restructuring for the Daniel Patterson Group, which has also included the promotions of Matt Tinder to group pastry chef, Nick Muncy to Coi pastry chef, and Ron Boyd to director of operations (with a focus on cocktails). All this is in service of keeping the ship running smoothly as Patterson simultaneously tours behind his forthcoming cookbook (out October 14) and prepares to open his fourth restaurant, Alta CA, in mid-Market.

Alter's revamped menu at Plum is much more chef-driven, with both a regular menu and a special $65 tasting menu (with optional $30 beverage pairing). Bar-snack-style offerings are less prominent, and the lineup is more edited, with five starters, five entrees, and two desserts. Here are both menus (click to expand): 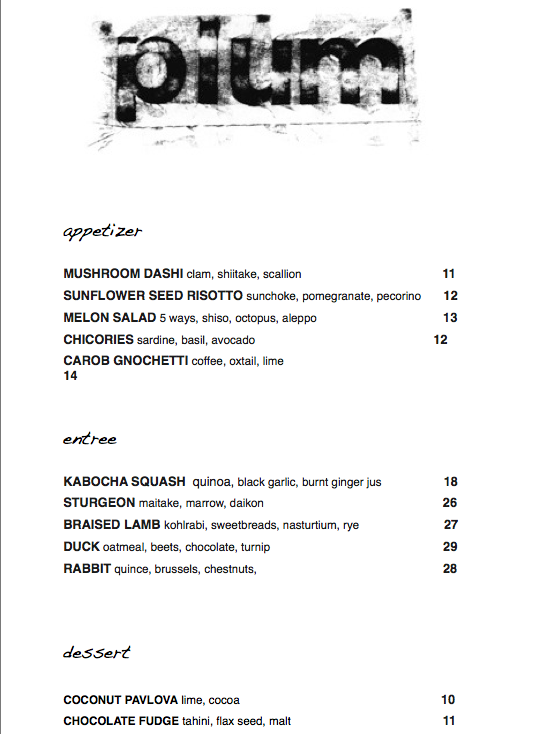 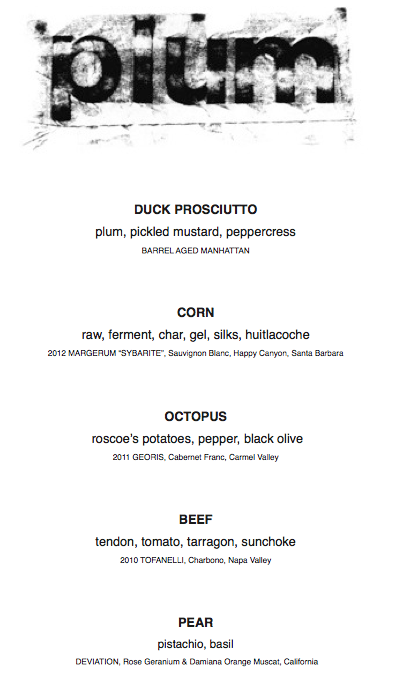 Meanwhile, over at Haven, Johnson continues Alter's former emphasis on high-level comfort food, with a new lineup of small shared plates in addition to the standard five starters and five entrees. He's also introducing a "family meal" beginning tomorrow night, which will include a starter, an entree with two sides, and dessert all for $35—a pretty solid deal for a Patterson joint. Here's Johnson's new menu: 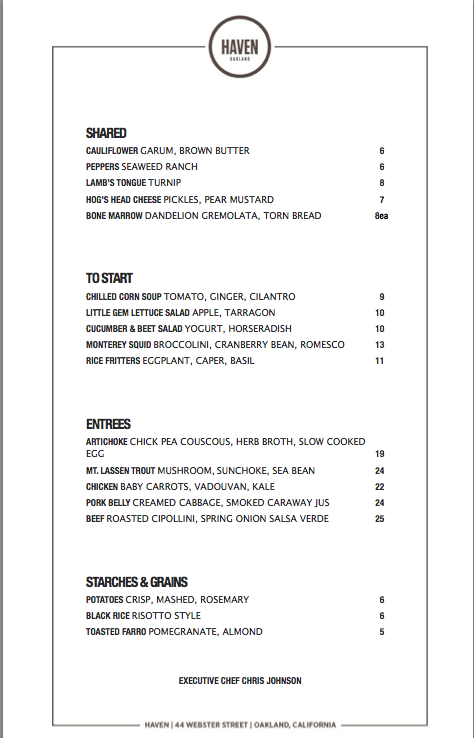 All the above menus launch tonight.