From Guy Fieri to Angry Signs, These Are Eater SF's Most Popular Posts of 2014

Share All sharing options for: From Guy Fieri to Angry Signs, These Are Eater SF's Most Popular Posts of 2014

10. 12 Meals For Under $10 That Taste Like a Million Bucks: In a city that seems to get more expensive by the hour, it's nice to know there's somewhere you can go for a reliably affordable, reliably delicious bite. Broke-Ass Gourmet Gabi Moskowitz's guide to her favorite cheap eats around town was another big hit. 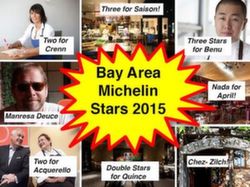 9. Michelin Awards Three Stars to Saison and Benu: Corey Lee and Joshua Skenes both ascended into the culinary stratosphere back in October, with Michelin recognizing their restaurants as among the world's best. Acquerello, Maruya, and Kusakabe also got an upped star game in the 2015 Michelin stakes. 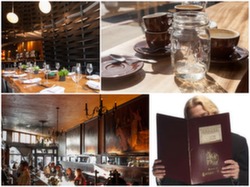 8. Noise, Small Plates, and Mason Jars: Local Food Writers on Their Biggest SF Restaurant Gripes: Though we made it clear up front that this article was written via an anonymous survey of local food writers (a.k.a. not Eater's staff), our first annual Airing of Grievances was such a nightmare that we're probably never going to do it again. Michael Bauer, $10 deviled eggs, and expensive wines by the glass, enjoy your continued reigns. 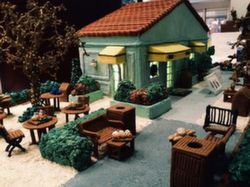 7. Baker Makes Perfect Gingerbread Replica of Bouchon Bakery As Job Application: We have to hand it to this Vancouver baker: he knows how to make an impression on the likes of Thomas Keller. His adorable rendering of Bouchon Bakery, complete with macaron trees, Thomas Keller Oreos, and blue aprons, is pretty darn incredible, and definitely worthy of the stage he's seeking at the Yountville icon. 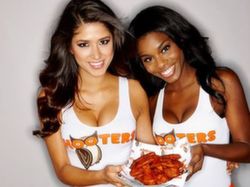 6. Prankster Terrorizes Noe with Sign Announcing a Hooters Location: This person is a genius. That is all. 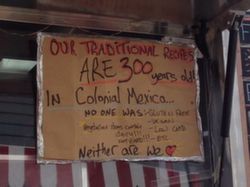 5. Burrito Truck's Sign: They Serve "300-Year-Old Recipes," Not "Gluten-Free" Food: All Aaron Bullington wanted to do with his truck, The Burr-Eatery, was serve authentic Sonoran-style burritos. But in the land of the Mission-style burrito (and the inordinately picky diner with food issues), he got so frustrated with his customers that he posted a sign. "In colonial Mexico, no one was gluten-free, vegan, low-carb, etc." 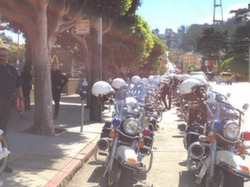 4. Filipino President Paralyzes Haight with McDonald's-Bound Motorcade: Benigno Simeon Aquino III can actually get McDonald's delivered back home in Manila (with spaghetti and curly fries, no less), but he apparently wanted to see if the grass was greener on the other side of the McEmpire, bringing a full motorcade and dozens of SFPD motorcycles along for the ride on his Big Mac attack. 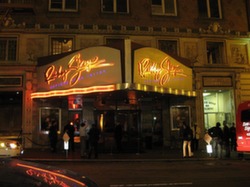 3. Ruby Skye Employee Says Drinks Were Served From Raw Sewage-Filled Basement: We didn't even realize people still went to Ruby Skye, but an ex-employee's accusation that Ruby Skye continued to serve drinks after a sewage pipe burst in its basement (complete with video!) drew plenty of attention. The owner vehemently denied serving after the pipe burst, calling the employee "disgruntled." 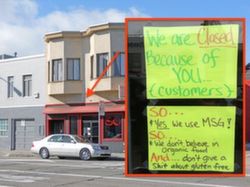 2. Frustrated SO Owner Skewers Picky, MSG-Hating Customers Via Window Sign: In a year when angry signs written to patrons gave the Internet plenty of thrills, humble SOMA Chinese spot SO ascended to the top ranks with its chef's blistering rant against organic and gluten-free food. "Yes, we use MSG!" even became a rallying cry, with Mission Chinese Food putting salt shakers full of the stuff on its tables. 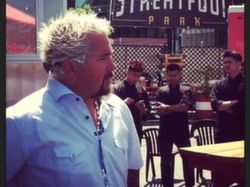 1. Guy Fieri Surprises New Johnny Garlic's Employee By Immediately Closing His Restaurant: Leave it to the Mayor of Flavortown to leap into the top spot with a story about the shutter of his Johnny Garlic's emporium in Sacramento. As the human flame decal rakes in millions in endorsement deals this holiday season, we hope the cook who'd been working there for only three days was able to land on his feet.