The 10 Saddest Restaurant and Bar Closures of 2014

From Incanto to Empress of China, the spots we're gonna miss.

Share All sharing options for: The 10 Saddest Restaurant and Bar Closures of 2014 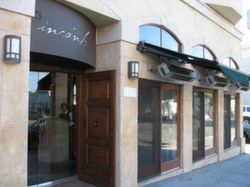 The Story: After 12 years, Chris Cosentino and Mark Pastore decided to call it a day at their groundbreaking Noe Valley Italian restaurant, a pioneer in everything from whole-animal butchery to better pay and healthcare for restaurant employees. The duo revived the space shortly thereafter as a more casual cafe-market concept, Porcellino, but that didn't survive, either, shuttering in December.

What's Next: Cosentino has made a major comeback with the brand-new Cockscomb in SOMA, where he continues to serve meat- and offal-centric dishes that reflect a more wide-ranging mix of cuisines. Pastore is taking a break from the restaurant business for the time being. 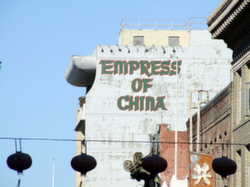 The Story: Since the 1960s, this elegant banquet hall has served celebrities, hosted weddings, and plied countless tourists with sticky-sweet, vaguely Asian cocktails. But tonight is its final night in business. While EoC's food has unquestionably declined in recent years, and its drinks were never much to write home about, the still-stunning-after-all-these-years (if majorly neglected) dining room and the epic views will definitely be missed.

What's Next: The building is set to be sold, and will become some kind of non-restaurant space; developers are currently pitching it as a tech office, and there's also been talk of turning it into a community recreation center. 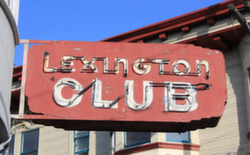 The Story: For a city widely considered to be America's gay Mecca, it's rather shameful that we've lost our only Latino-oriented LGBT bar, and are set to lose our only lesbian-oriented bar as well. Their locations in the ultra-hot Mission, where rents are soaring and LGBT people and minorities are declining populations, didn't help. Esta Noche closed up shop in March despite fundraisers and community rallies to save it, and Lexington Club owner Lila Thirkield said in November that she'll be shuttering the Lex early in the new year. "As the neighborhood continued to change, we began to see sales decline, and they continued to do so. We tried new concepts, different ways of doing things, but we were struggling. When a business caters to about 5% of the population, it has tremendous impact when 1% of them leave."

What's Next: Esta Noche has been revamped and reopened as Bond, a cocktail bar targeting a mixed crowd. Thirkield has already sold the Lex to a still-undisclosed buyer, though she's yet to set an official closing date; it won't remain a gay bar. As for the Mission, it no longer has any gay bars. 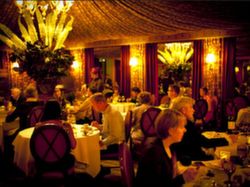 The Story: After turning 60 this year, Hubert Keller decided that he and his wife Chantal should take a step back from the restaurant business, and made the tough call to close the 44-year-old restaurant, where he's been the chef-partner since 1986. The Michelin-star-holder had slipped in recent years, losing its star and getting a downgrade from Bauer, but its phone lines were still flooded with reservation requests from longtime diners looking to say their goodbyes.

What's Next: Keller still owns his Burger Bar chain, with locations in SF, Vegas, and China, as well as Vegas' more casual Fleur. And he always has his DJ career to fall back on. As for the space, it's being sold outright, but no buyer has been announced as of yet. 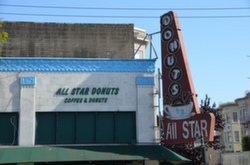 The Story: All-Star was no one's idea of a fancy spot, but on an increasingly homogenous (and expensive) Chestnut Street, this family-run donut shop was beloved for its quality pastries, low prices, and friendly service. (Newbie Causwells, down the street, even tried to help out the shop by purchasing its day-old donuts to make bread pudding.) Alas, All-Star lost its lease after a rent increase, and ended its 24-year run in the fall.

What's Next: The space is becoming the second SF location of Seattle-based chain Glaze Teriyaki Grill. 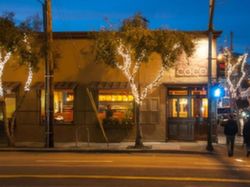 The Story: Acclaimed chef Loretta Keller was flying high just a few years back, having transformed her Bizou into this popular casual restaurant, not to mention running the show at The Moss Room at the then-new California Academy of Sciences. But Keller eventually split with the Moss Room, and this year, she decided to call it quits at Coco as well, after running the space for 23 years. Shortly thereafter, The Moss Room (under the auspices of Charles Phan) also breathed its last.

What's Next: Keller bequeathed the Coco space to Anna Weinberg and Jennifer Puccio, who used it to move their endangered Marlowe (which was set to lose its space to new office construction) right up the street, and expand it in the bargain. The duo still serve Keller's popular vacherin on Marlowe's dessert menu. Meanwhile, Keller herself has taken a step back, running her Seaglass cafe at the Exploratorium. "My only real plan is to focus more on education, the environment and working on the issues surrounding animal husbandry and animal medicine and their effect," she says. 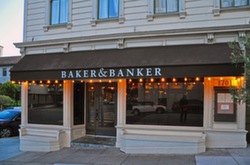 The Story: Jeff Banker and Lori Baker had been chugging along nicely at their five-year-old eponymous restaurant, but after a second baby, a Bauer diss, and the ongoing sous chef shortage threw roadblocks in their path, the couple decided to shut down B&B.

What's Next: Frances' Melissa Perello wasted no time in snapping up the space for her second project, about which she's been mum. Meanwhile, Baker and Banker did a Hanukkah pop-up at Bluestem Brasserie, and say they'll return to the restaurant business at some point. "We're definitely going to do something else, I just need to take a deep breath," says Banker. 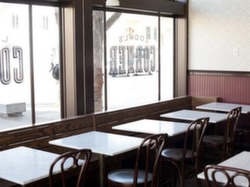 The Story: One of the best seafood spots SF had to offer (without a full kitchen, no less), Local's Corner couldn't get out from under ongoing protests in the Mission that asserted that a staffer had discriminated against a party of Latino guests. The restaurant became a lightning rod for the gentrification debates swirling around 24th Street. After repeated assaults with graffiti, owner Aaron Milgrom (who denied the accusations) had been pretty worn down, and the departure of acclaimed chef Timothy Molloy sealed the deal. It's a sad story: the restaurant was only two and a half years old.

What's Next: Milgrom was still looking for a new operator back in November, and has used the space for private parties and pop-ups in the meantime. 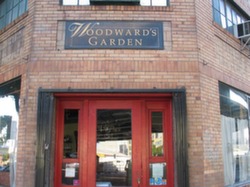 The Story: Nestled in an unlikely corner of the Mission that kept its rent stable even as the neighborhood boomed, Woodward's Garden finally fell prey to the outward bloom of the Mission restaurant boom that hit its corridor this year (with Rintaro, Orenchi Beyond, Plin, and Burma Love, among other spots). After 22 years, their landlord decided not to renew their lease.

What's Next: The future of the space is still unclear; chefs Margie Conard and Dana Tommasino are actively scouting for a new home, and have popped up in the meantime.

The Story: It's a lot harder to eat at Joe's these days, as two longstanding icons on the city's fringes with that moniker closed up shop. Joe Obegi of Joe's Cable Car decided to retire after nearly half a century in business, taking his famed burgers, er, "ground steak," with him. Meanwhile, Daly City's 57-year-old Joe's of Westlake was sold to new owners, inspiring lines, tearful tributes, and even a last-day visit by Jerry Brown.

What's Next: Obegi's space is being bulldozed for condos, while Joe's of Westlake is being taken over and fully revamped by the Duggan family, who also own Original Joe's in North Beach. It should open in early 2015.